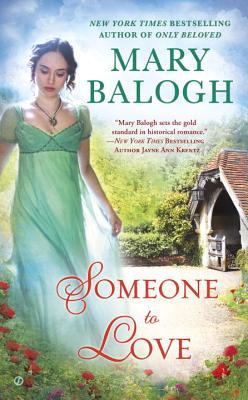 Humphrey Westcott, Earl of Riverdale, has died, leaving behind a fortune that will forever alter the lives of everyone in his family—including the daughter no one knew he had...
Anna Snow grew up in an orphanage in Bath knowing nothing of the family she came from. Now she discovers that the late Earl of Riverdale was her father and that she has inherited his fortune. She is also overjoyed to learn she has siblings. However, they want nothing to do with her or her attempts to share her new wealth. But the new earl’s guardian is interested in Anna…
Avery Archer, Duke of Netherby, keeps others at a distance. Yet something prompts him to aid Anna in her transition from orphan to lady. As London society and her newfound relatives threaten to overwhelm Anna, Avery steps in to rescue her and finds himself vulnerable to feelings and desires he has hidden so well and for so long.

When a book appears on seemingly everyone’s best of the year list, there’s a natural curiosity about whether the book lives up to its hype. Someone to Love is one of those books that landed on everyone’s “Best Romance” or “Best Historical Romance” list, so I wanted to see whether it was “all that”.

And in the end, it definitely is.

Someone to Love is part Pygmalion, but also part journey of discovery for both the hero and heroine, as well as everyone whose life is turned upside down by the death of the not-at-all lamented Humphrey Westcott. He died and left his mess for everyone else to clean up.

And what a mess he made. The late Earl of Riverdale was a bigamist. While it’s not clear why he married his first wife, he certainly married the second one for her money. He just neglected to tell her, or anyone else, about the first wife.

Ironically, he could have. His first wife, although she indisputably died after his second marriage, shuffled off this mortal coil before the first of his bastard children was born. He could have married her again in secret and made all his subsequent children legitimate.

Instead, his son and his daughters all believe that Anna Snow is the bastard, and that they are high-and-mighty little lordling and ladies. While their initial treatment of Anna is fairly abominable, their comeuppance is also painful. Dad was obviously a bounder, and no one seems to have a kind word for him now that he’s dead.

Even before the mess he’s left behind has been fully excavated.

Avery Archer, the Duke of Netherby and a somewhat distant connection of the late Earl, is the only person to see Anna as she really is. She is not a fortune hunter. The rich and proscribed life of Anastasia Westcott is not the life she hoped for or planned on. The only thing she wants out of this mess is family, and while some embrace her, others reject her utterly. She has discovered the truth of the old adage about being careful what you wish for because you might get it.

And everyone wants to make of her something that she is not, and has no desire to be, whether that is the villainess of the piece or merely a pawn to be molded to their will.

Only Avery sees Anna Snow exactly as herself, no matter how much wealth is draped around her. What disconcerts Avery immensely is that Anna is the first person to see him as he truly is. To see the brave and scared little boy who has made himself into one of the most feared and respected men in England.

They are made for each other.

Escape Rating A: Someone to Love is terrific historical romance. While it plays with the trope of Pygmalion (My Fair Lady) quite a bit, it also turns it sideways in some really delicious ways.

Anastasia Westcott, formerly known as Anna Snow, is not prepared to enter the rarefied society of the ton. But while she is willing to learn what the rules of that society are, she is not willing to stop being herself. Anna is already 25, which in ton terms means she is very nearly on the shelf. But in her own terms it means that she knows who she is and what she wants, and most importantly, what things up with which she will not put. She bends, but only so far. Her sense of self is very strong, and she is willing to push against both the tide and the managing natures of all of her new relations.

Until her unexpected elevation, Anna was a teacher, and a damn good one. She knows how to manage herself, and she knows how to manage others. And unlike the popular version of Pygmalion in My Fair Lady, Anna, while not raised as nobility, was definitely given a good education as well as lessons in deportment and manners. She finds the ton absurd, and has the intelligence and knowledge to recognize and articulate those absurdities.

Avery Archer’s character also plays with tropes and stereotypes, in this case the figure of the affected, bored society darling who appears to be eternally bored and doesn’t let anyone get close to either his heart or his mind. He delights in pretending that nothing affects him at all. But like the Scarlet Pimpernel, or Lord Peter Wimsey whom he somewhat resembles, there are dangerous depths under that bored, affected surface. He is a dangerous man, and people both respect him and give him a wide berth, unconsciously aware that he is a predator and that all of them are prey. He doesn’t need to display his power to have it acknowledged.

Avery’s interest in Anna surprises them both. She is never boring, and he does enjoy watching her navigate her family and the ton. But it much more than that. She is never affected. Her honesty captivates him. She on the other hand, can’t resist discovering just what is below the face he shows to the world.

That they fall for each other seems inevitable, and yet it isn’t. There is no secret yearning. Instead it’s more of a secret discomfiture. They reach beneath each other’s surfaces and bother each other. A lot, and in more ways than just emotional or sexual. They fall in like before they realize that they are in love.

If you are looking for a historical romance that provides a hero and heroine who manage to be a part of their time while still transcending it, Someone to Love is a winner.

Reviewer’s note: This book has given me a terrible earworm. I can’t get Queen’s Somebody to Love out of my head. And it fits.

Review: A Deadly Education by Naomi Novik
Hold Me

One thought on “Review: Someone to Love by Mary Balogh”