Tick. Tock. BOOM. FBI Special Agent Lara Grant had thought that she'd put her past behind her--finally--with her last case. But now a serial bomber is targeting Manhattan's elite power players, offering them a choice between saving hundreds of lives or seeing their darkest secrets exposed. Lara is working with the Crisis Management Unit to stop the bomber, but how will she react when she's the one who has to choose between truth...or death? Part 1 of 8: an explosive new installment in the thrilling FBI serial from New York Times bestselling author Carla Cassidy and Tyler Anne Snell, Emmy Curtis and Janie Crouch. Praise for Tough Justice: Exposed (Part 1 of Series 1) by Carla Cassidy: “This story charges from the gate right away, dropping the reader into a tense, boiling hot crime drama that will suck readers into its vortex from page one." -Night Owl Reviews “A wonderful start to this chilling, pulse-pounding series with a storyline that not only entertained through strong dialogue and engaging characters, but left me wanting more." --Harlequin Junkie 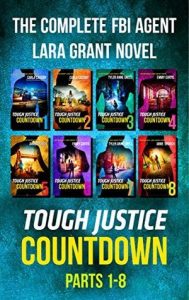 This is kind of a teaser of a book. An interesting teaser, but definitely a teaser.

Countdown is actually the second Tough Justice series. The first came out last year, also with 8 episodes by mostly the same cast of authors.

The story here is about a very tough FBI Agent, Lara Grant. In this new case, Lara and her Crisis Management Unit are on the hunt for a serial bomber. Whoever he is, he’s targeting Manhattan, and as the case begins in the first episode of Countdown, neither the FBI, the NYPD or Homeland Security have a clue as to either his motives or his identity.

As the first episode draws to a close, there’s a possibility that they’ve located the first link in the chain, but it is clear that there is more to be revealed as the case continues. It’s obviously going to be a long and bumpy ride for Lara and her team.

This is a story that opens with a literal bang, and keeps the reader gripped and absorbed until you’re wrung out at the end of the installment, eager to dive into the rest of the series, which makes this a great opening episode.

Because this is Lara’s second outing, a lot of stuff happened in the past (that first series) that looks like it is going to have a major impact on events in the second. But in spite of the brevity of this episode, readers new to the series, like me, still get all the background they need on Lara and her team to get immersed in the action without feeling left behind.

Lara might not reveal much of what she is feeling to her teammates, but she doesn’t hide from herself (or the reader) in her inner thoughts. We know who she is and what she wants and why she does what she does. She remembers what went down before, and how it led her to where she is now.

It’s enough to get the new reader into the action here, while still leaving enough details out to tempt that same reader into picking up the first series.

Escape Rating B: This installment does have an ending, but it’s obvious that the story isn’t complete. Nor should it be. As a reader, I have mixed feelings about episodic books, but this is a case where all the episodes came out together, so there’s no waiting to find out who done it or why. Or to find out what fresh hell Lara finds herself in.

Lara reminds me more than a bit of Eve Dallas from the In Death series. Like Eve, Lara lives for her job and doesn’t plan on letting emotion get in her way. She also comes from a scarred background and is still haunted by the traumas in her own past. Although the details of those scars and that trauma are different, the way that they have reacted has similarities. Enough similarities that I hope Lara eventually finds her balance. But not too soon, because the obsessions that drive her is what makes her such a kick-ass heroine.

I am giving away an ebook copy of part 1 of Tough Justice Countdown to one lucky entrant on this tour. 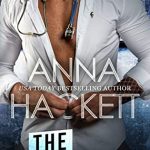 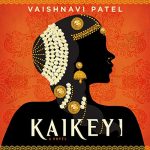