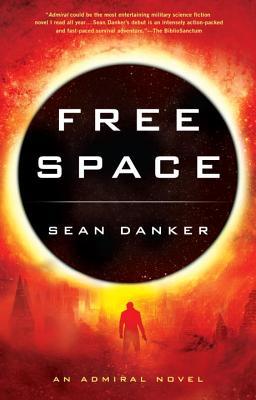 In the follow-up to Admiral, the intergalactic war has ended and hostilities between the Evagardian Empire and the Commonwealth are officially over, but the admiral is far from safe. . . .
"I'd impersonated a prince, temporarily stopped a war, escaped a deadly planet, and survived more assassination attempts than I could conveniently count. After all that, there shouldn't have been anything simpler than a nice weekend with a charming Evagardian girl.
However, some corners of the galaxy aren't as genteel as the Empire, and Evagardians aren't universally loved, which is how I ended up kidnapped to be traded as a commodity.
Their timing couldn't have been worse. I'm not at my best, but these people have no idea whom they're dealing with: a highly trained, genetically engineered soldier in the Imperial Service who happens to be my date." 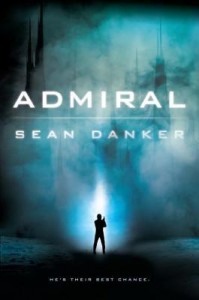 What kind of story do you get when a completely unreliable narrator attempts to be at least semi-reliable? And when the rest of the story is from the perspective of someone who always plays it straight but in this case just doesn’t know what part or game she is playing?

It makes for one hell of a wild and crazy ride, in some ways even crazier than the ride in the first book in this series, Admiral.

We still don’t know the man’s real name. We know that he spent quite a few years pretending to be Prince Dalton of the Ganraen Empire. We know that he used to be an Evagardian Imperial Agent, and that now he is on the run from everyone on all sides. The Ganraens would execute him as a traitor. The Empire just wants to clean up their very loose end.

Whoever he is, he wants to live. But first, he wants one last chance with Jessica Salmagard, one of the three cadets he both bamboozled and helped rescue in Admiral.

But like so many of his plans, this one goes very, VERY “gang aft aglee”. Because the Admiral and Jessica get themselves kidnapped. By accident.

And that’s where all the fun and adventure really begins.

Until the disaster is so big that the only thing bigger is a black hole. And look, there one is, right on the event horizon!

And we’re left wondering who exactly ended up saving whom in this insane adventure. Not to mention, we still don’t know who the Admiral really is. And neither does Jessica. Possibly at this point neither does the Admiral himself.

We’re all left hoping that someday we’ll find out. If the Admiral can manage to escape, yet again, from whomever has captured him. This time.

Escape Rating A-: At the start of this book, there’s a brief portion where events seemed to take a bit to get going. And it takes the reader a bit to catch themselves back up on previous events. So much of Admiral was kind of a locked room (or locked ship) mystery, and it happened so much in isolation that we don’t get much of a handle on events in this universe.

And just like in Admiral, we pretty much get dropped into the middle of the story yet again.

But once this thing takes flight, meaning once they get kidnapped, the ever escalating sequence of perils keeps the reader hanging on tight until the very end.

Unlike in Admiral, the narrative here is split between the Admiral and Jessica Salmagard. The Admiral is a completely unreliable narrator. He never reveals what he’s thinking, what he’s doing, or who he is. He embodies the idea of wheels within wheels within wheels. He’s always playing a part. But in this book we start to get the sense that even he is no longer certain exactly what part he is playing.

But very early on in the story the Admiral and Salmagard are separated. This leaves part of the story tied to her separate actions and events. Unlike the Admiral himself, we don’t see Jessica’s story from inside her head, but rather in an omniscient third-person. We really don’t need to see inside her head, because she is much more of “what you see is what you get” kind of person. She’s mostly straightforward in her actions, even if she is starting to wonder about a whole lot of the things she’s been taught to believe.

The universe, and the people in it, do not conform to the simple stereotypes that she was trained to expect. The experience for her is both unsettling and eye-opening, often at the same time.

One of the great things about the way that Free Space progresses is that the separation works to throw some of the usual expectations on their heads.

Once they are separated, it’s Salmagard and another female soldier who break themselves out of captivity, shoot up a couple of space stations, steal a ship, and generally commit all the mayhem and badassery that is usually reserved for the male protagonists in this kind of story. The two women become the rescuers, and the Admiral and a male soldier kidnapped with them become the rescuees.

This is an adventure where not only does the right hand not know what the left hand is doing, but all the participants are either incapacitated, incompetent, or just plain lying every step of the way. Including the hero and heroine.

At the end, we’re left gasping, wondering if this was a real rescue, or just a setup for even more (and probably worse) yet to come.

In the next book. May it be soon.

I really enjoyed Free Space (and Admiral) so I am very pleased that the publisher is letting me give away one copy of Free Space to a lucky US/Canadian commenter.