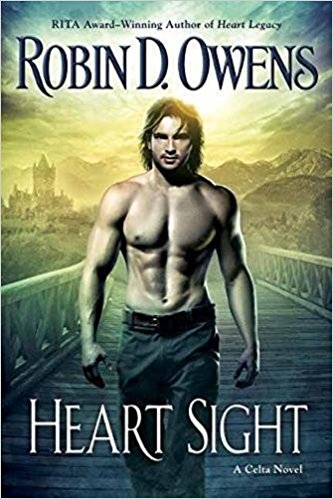 Journey back to the planet Celta with award-winning author Robin D. Owens in this novel about shadowed enemies and unimaginable psi power.

Muin "Vinni" T'Vine has been the prophet of Celta since he was six years old. A unique and lonely child, his strong psi power made most people wary of him. But now that he's older, he's ready to marry and protect the girl he's known was his HeartMate for years.

Avellana isn't as fragile as Vinni believes...nor as compliant. She fights to be considered Vinni's equal and a strong member of her Family and community. Both of them have kept Avellana's main power secret for over a decade.

But rumors of her strange psi talent are spreading, and Vinni is experiencing premonitions of danger to Avellana--even from the highest people of the land. When the whispers become threats, Vinni and Avellana must discover and defeat their secret enemies before they can finally claim happiness together. 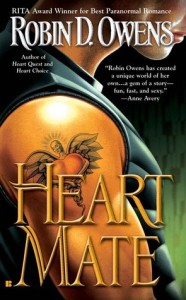 After a rocky start (I didn’t like the first book, Heart Mate, the first time I tried to read it), Celta’s Heartmates has become one of my all-time favorite series. I look forward to the new book every year, and read it as soon as I get my hands on it.

As I did this year. In spite of the towering TBR pile, and reading commitments now stretching into February, I devoted one glorious day returning to Celta.

Celta is one of those places, like Pern (Anne McCaffrey), Darkover (Marion Zimmer Bradley) and Harmony (Jayne Castle) that sits right on the dividing line between fantasy and science fiction.

All of these series read like fantasy, where the residents have some kind of special powers – and of course Pern has dragons. But all of these worlds, including Celta, are lost Earth colonies, and their human residents arrived by spaceship sometime in the dim past of their planet. A dim past that they rediscover during the course of the series – or one that rediscovers them.

Celta and Pern are standouts in one particular aspect – they both feel liveable. These worlds are internally self-consistent, and, for lack of a better word, they both feel “real”. And they both feel like places where it would be not just possible, but actually reasonable, to live.

If only we could.

The Celta’s Heartmates series also features the best use of the fated mate trope I think I’ve ever seen. Some, but far from all, of the people of Celta have heartmates. And if they have them, they do discover who that person is during their rites of passage where they come into their “flair” (read as psychic or ESP) powers.

But the road is never easy.

Just because you know who your soulmate is, does not mean that the course of love will run smooth. There have been stories in the series where someone’s heartmate has died young, or where the protagonists just don’t have heartmates and have to make do with good, old-fashioned love.

The story in Heart Sight, however, is about two heartmates who are on a road that is filled with rocks, ruts and roadblocks, many of which have been put in place by Vinni T’Vine, the Oracle of Celta, all by himself. Unfortunately for him, the relationship that he’s messed up is his own, and his heartmate has finally called him on his manipulations and general oracular bullshit.

Because the one future that Vinni can’t see is his own. And the person most closely tied to that future is his heartmate Avellana. He can’t see her future, because he can’t see his. But he can sense when her future holds danger. Just not how much.

The story in Heart Sight is, in some ways, more Avellana’s than it is Vinni’s. Because Vinni has been an adult for some time, and has been the Oracle since he was six years old. He’s used to manipulating people for their “own good”.

But Avellana is supposed to be his partner in life and love. The one person that he should be able to confide in and lean on. And that can’t happen if he’s constantly sending her away “for her safety”. Or if he keeps thinking of her as weak and fragile. Because she is neither.

The only way to confront the danger is to face it, head on, together. And that’s the only way that they will have any future together worth having. Or any future at all.

Escape Rating A: I carried this around for a day, because I absolutely could not put it down. Even just five or ten minutes progress on “MORE STORY” was worth ignoring the rest of the world for.

One of the things I enjoy about Celta is that the place feels alive. Time passes, life moves on, things change. Readers first met Vinni when he had just inherited his title from his late grandmother, at the ripe old age of six. We’ve watched him grow up over the course of the series, always as a side character, sometimes significant, sometimes just a walk-on moment in someone else’s story, but always interesting.

Some of the other characters, Like T’Ash and Danith from Heart Mate, have matured into their powerful prime, while others, like many in the Holly Family, have gone from middle age to respected seniority.

The other part of the series that I love is that there is an overarching story of the changes and developments of Celtan society. The people are changing and their planet is changing them. There are forces that embrace those changes, and forces that are determined to fight those changes – with violence if necessary.

The danger that Avellana has faced all of her life is very real – and is part of that conflict. The arch-conservatives see her as an aberration that must be eliminated at all costs. And they don’t care how much collateral damage they do to get to Avellana. But, while the danger to Avellana was real and tied into the long-running conflict, the motives of the current avatar of those arch-conservatives strayed from being merely a dangerous enemy into downright nuckin’ futz. He was more dangerous – and more comprehensible – when he was thinking relatively clearly – even if that clear thinking was down a terrible path.

All in all, I am thrilled with my recent visit to Celta, and as always, I can’t wait to go back. The sooner, the better! 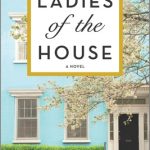 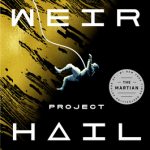 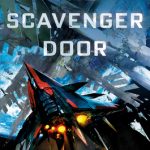