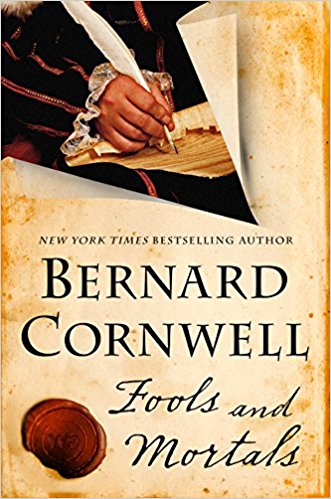 In the heart of Elizabethan England, Richard Shakespeare dreams of a glittering career in one of the London playhouses, a world dominated by his older brother, William. But he is a penniless actor, making ends meet through a combination of a beautiful face, petty theft and a silver tongue. As William’s star rises, Richard’s onetime gratitude is souring and he is sorely tempted to abandon family loyalty.

So when a priceless manuscript goes missing, suspicion falls upon Richard, forcing him onto a perilous path through a bawdy and frequently brutal London. Entangled in a high-stakes game of duplicity and betrayal which threatens not only his career and potential fortune, but also the lives of his fellow players, Richard has to call on all he has now learned from the brightest stages and the darkest alleyways of the city. To avoid the gallows, he must play the part of a lifetime . . . .

If the title sounds familiar, it should. It’s a bit of one of the many famous lines from Shakespeare’s A Midsummer Night’s Dream, “Lord, what fools these mortals be!” It is apropos for this book in multiple ways.

This is a story about the writing of, the stealing of, and the first performance of one of Shakespeare’s most famous plays. And the mortals within the story, and not just within the play, are certainly fools, but only in the sense that all humans are fools at one time or another.

And some of them play fools in the play itself, but that could almost be considered beside the point – being foolish, after all, is one of the hallmarks of the human condition.

The fools in this particular book (and play) are the Lord Chamberlain’s Men, the company of players that included as its most famous member, William Shakespeare, as well as his ne’er-do-well younger brother Richard.

As the story begins in 1595, during the first flourishing of what will become professional theater, Richard, now around 20 or so, is lamenting that he is still relegated to playing women’s parts in the company, and that he seems to have an undetermined, and often underpaid status that is neither “boy” nor “hired man”. He knows that he’s a good player, and he is certain that it is time for him to play men’s parts. He’s also equally certain that his famous older brother neither likes him nor wants him around, but can’t quite figure out what to do with him.

Into this winter of Richard Shakespeare’s discontent is introduced a new playhouse, the Swan, that is in desperate need, not of players which are a shilling a dozen, but of plays. There is a conspiracy afoot to steal William Shakespeare’s two latest plays, both of which are still works in progress.

But even with what is completed and what is rumored, A Midsummer Night’s Dream and Romeo and Juliet are the stuff of which reputations are made, for players, for playwrights, and for theater companies.

Richard Shakespeare is caught in the middle, between his untrusting brother, the sniping, backbiting and jealous company known as the Lord Chamberlain’s Men, the Puritans who want to shut down all the playhouses and the nobles who will stop at nothing to ensure the success of their players and no other.

There is as much magic in Richard’s adventures as there are in the Forest of Arden on that famous midsummer night – even if Richard feels that it is as much nightmare as it is dream.

And it is glorious.

Escape Rating A: I love historical fiction, particularly of England in the Tudor and Stuart periods. Bernard Cornwell is an author who has been repeatedly recommended to me (he’s best known for the Sharpe series) but I’ve never managed to find the round tuit. Until now.

The first part of Fools and Mortals sets the stage (pun intended in this case) for what is to come. So much has been written about what little we actually know about William Shakespeare, so it was especially interesting to see this dive into historical fiction from a perspective we do not know – that of his younger brother Richard.

Sibling rivalry seems to have been just as big a problem in the 16th century as it is in the 21st. Richard may be aware of his brother’s genius as a playwright, but he is all-too-often focused on the man’s failings as an older brother, which seem to have been legion. Or it may have been that like so many geniuses, William Shakespeare’s focus was on his art to the exclusion of everything else, including both his birth family and his wife and daughters back home in Stratford.

Richard is somewhat of an unreliable narrator, or perhaps simply an unreliable person. But he can only be what his life and circumstances have made him. His “training” to be a player as well as a small time thief does not make for easy remembering for the character or reading for the reader.

At first, the story moves a bit slowly, as the stage is set. Not just our introduction to Richard, but our immersion in his world and his brother’s company. The 1590s represent the first flowering of professional theater, and it was in the midst of several different types of chaos.

One aspect that is so much different from the present is the complete lack of anything resembling copyright and the resulting paranoia and secrecy that surrounds the writing of a play and the desperate protection of any and all copies of it. Good plays were a company’s lifeblood, and in the case of the Lord Chamberlain’s Men, William Shakespeare was the fount of that blood.

At the same time, the political and religious upheaval had a marked effect on the nascent theater. The rise of the Puritan strain of Protestantism was gaining influence, and it preached that theaters, players and all forms of entertainment were the work of Satan and must be eradicated at all costs. The theaters were all located outside the city boundaries of London in order to mitigate this problem, but they were still harassed at every turn.

(Readers who are interested in this time and place and these events should also take a look at Shakespeare’s Rebel by C.C. Humphreys. It is excellent historical fiction, to the point where the reader just about smells the smells, and covers this same time period.)

As fascinating as the plots and counterplots outside the theater are in Fools and Mortals, the magic of the book is wrapped up in the very first performance of A Midsummer Night’s Dream. And the author has done a marvelous job of putting the reader right there, with Queen Elizabeth and that first ensorcelled audience as the magic happens and the audience is transported to the Forest of Arden, and we along with them. 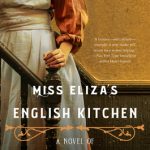 2 thoughts on “Review: Fools and Mortals by Bernard Cornwell”