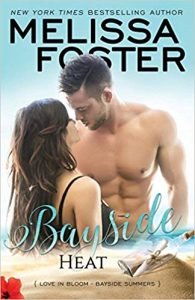 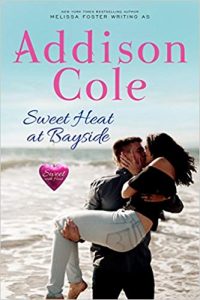 Drake Savage has always done the right thing, especially where beautiful and fiercely determined Serena Mallery is concerned-even when it means keeping his feelings for her to himself. Serena has always wanted more than what their small town of Wellfleet, Massachusetts has to offer, and Drake’s roots are so deeply entrenched in the Cape, it’s all he can do to watch her pack up her life and move away.

Serena has always had big dreams. As a teenager she dreamed of becoming an interior designer and marrying smart, musically inclined, sexy-as-sin Drake Savage. Now she’s finally landed a killer job with a top interior design firm, but though she has spent the last four years working side by side with Drake, he’s never made a move. Four years is long enough for her to accept reality, and her new job in Boston is the perfect way to move on.

A weak moment leads to sizzling, sensual kisses, opening a door through which they’ve both been aching to walk. But Serena’s determined not to give up her shot at the career she’s always dreamed of, and Drake has loved her for too many years to stand in her way. With true love at their fingertips and a world of unstoppable passion igniting between them, can the two star-crossed lovers find their way to their happily ever after?

This is going to be a bit different – which is kind of ironic because I’m going to be talking about two books that are pretty much the same – but are different in some crucial ways.

Sweet Heat at Bayside by Addison Cole and Bayside Heat by Melissa Foster are the same book. Except when they’re not.

So first the story…

This is a really good take on the classic “friends to lovers” trope. Drake and Serena grew up together (along with all of their friends and siblings!) in the tiny town of Bayside on Cape Cod.

But not only was Drake Serena’s first crush, it seems like she never really got over it. Drake is about three years older than Serena, a gap that looms large in grade school and even high school, but now that they are in their late 20s/early 30s it no longer matters.

What does matter is that Serena has always dreamed of taking her interior design talents from tiny Bayside to the big city, meaning Boston. But when Drake started opening his chain of music shops four years ago, Serena came to help out. She’s not only designed the look and feel of all the stories, but helped Drake run both his whole operation as well as the inn that his family owns in Bayside.

She was clear from the very beginning that her work in Bayside was only temporary. And now its time for her to move on. Partly because the stores, the inn and even the local design firm that she’s been working at have all reached a point where the trail has been blazed and now it’s all just keeping on keeping on. But it’s also because as much as she wishes it were otherwise, her relationship with Drake has never moved out of the dreaded “friend zone”.

But Drake is so protective of her that even when she does date in order to try to get over her crush he doesn’t really let any other man get close. It’s obvious to Serena that in order to move on with her life on every front, she really needs to move away.

No matter how much she’s going to miss her friends, her sister, and especially Drake.

But the idea of Serena moving away finally hits Drake with the clue by four. Or another way of putting it is that now that she’s leaving, now that each dinner and each meeting is nearly the last, he discovers that he’s no longer able to hide his feelings for Serena.

No matter how “noble” he’s trying to be, and he thinks he is, he’s always loved her. He’s just never let himself show it.

But her declaration that it was only temporary held him back. He didn’t want to get between her and her dreams. What he didn’t know was something important that Serena’s mother told her, that “what you wish for today may not be what you truly want tomorrow.”

So he never asks if she still wants that big city career more than anything else. And he never tells her how he feels. So when they finally begin breaking down the barriers between the friendship they have and the romance they both want, there’s more than a bit of confusion and anger on Serena’s side. It does feel like he’s messing with her.

But she’s committed to Boston and her new job. Over time both she and Drake become committed to figuring out how to make a long-distance relationship work. And then a miracle occurs, and they find a way to move forward so that they both get not just what they want, but what they need – and each other.

Even though the story is the same, I think it does matter which version you read. And the steamier version just reads better. It’s not just about the sex. Actually, it’s not about the sex, per se, at all.

The series is about a group of 20- and 30- something who have mostly known each other forever, some of whom are siblings, who have met and/or recognized the love of their lives and have found their happy ever afters. Most of the ones who have paired off by the third book in the series are still newlyweds. They are all adults and there’s a fair amount of sexy talk and sexual teasing among the entire group. Both about who is and isn’t getting any, and how little anyone’s brother or sister wants to hear any details about their sibling’s sex life. It’s frequently funny and often a bit dirty and it all loses something in the translation when it has to all be toned down.

Also, one of the characters just has a potty mouth. Every time she means to drop an “f-bomb” and it’s changed to “frick” it drops me out of the story.

Part of Drake and Serena’s mutual seduction uses a lot of hot, steamy, dirty talk as foreplay. It’s as intelligent and as much fun as the eventual sex. At the point they are in their relationship, convincing themselves as well as each other that they are all in for whatever their relationship might become, seduction by words is every bit as hot as when they finally touch. It needs to be suggestive and naughty and dirty and the need to keep it sweet lets too much of the steam out of the room.

There is also one sexual encounter early in their relationship that is very sexy but does not include actual sex. It’s a scene where exactly what they did, and exactly what they didn’t, is a part of the emotional confusion between the two of them. Because the clean version can’t detail what happened, the entire scene is reduced to a single sentence – one that doesn’t make a whole lot of sense until you go back and read the steamy version.

As a friends into lovers story, Drake and Serena’s romance is a whole lot of fun to read. While they do have a lot of baggage that makes the arc of their relationship finally make sense, it’s not so heavy that it can’t be lifted with a little help from their friends. The gang as a whole has really great chemistry, so even though this is Drake and Serena’s story and we don’t see how everyone else got together, they are still a fun bunch to be with and we do get a good view of how our hero and heroine for this story fit into the whole.

And even though I haven’t read either version of the previous books in the series, I didn’t feel like I was missing anything – except that I wouldn’t mind hanging out with these folks myself. We’d all like to have a circle of friends this tight.

In summary (I know I can’t say “in short” at this point) it feels like Bayside Heat is the better and more authentic version of the story. But for those who feel like they have already read enough “f-bombs” for their lifetime the sweet version does a credible job of telling this “friends to lovers” tale with plenty of love but a bit less lust.

For this reader, the next time I’m faced with this particular dilemma, I know I’ll choose the “full Monty” version for my reading…pleasure.

One thought on “Review: Bayside Heat by Melissa Foster / Sweet Heat at Bayside by Addison Cole”