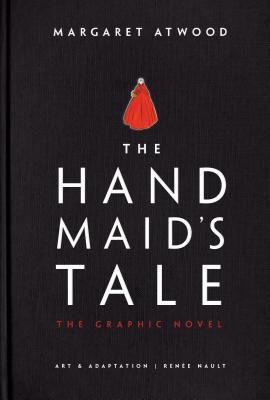 Everything Handmaids wear is red: the colour of blood, which defines us.

Offred is a Handmaid in the Republic of Gilead, where women are prohibited from holding jobs, reading, and forming friendships. She serves in the household of the Commander and his wife, and under the new social order she has only one purpose: once a month, she must lie on her back and pray that the Commander makes her pregnant, because in an age of declining births, Offred and the other Handmaids are valued only if they are fertile. But Offred remembers the years before Gilead, when she was an independent woman who had a job, a family, and a name of her own. Now, her memories and her will to survive are acts of rebellion.

Provocative, startling, prophetic, The Handmaid's Tale has long been a global phenomenon. With this stunning graphic novel adaptation of Margaret Atwood's modern classic, beautifully realized by artist Renee Nault, the terrifying reality of Gilead has been brought to vivid life like never before.

I have to confess that I had never read The Handmaid’s Tale, until now. I say that even though I have used it as an example in one way or another in more than one review. The basic story, after all, is well known and has become one of the classic works of late 20th century/early 21st century dystopian science fiction – in spite of its author claiming that it is not any such thing. Science fiction, that is.

And it’s been an extremely popular TV series. Everyone knows the basic story, even if not the details. Which means that while I’m not going to deliberately set out to include spoilers, I’m also not going to worry much about it. The story has been around and endlessly discussed for 35 years at this point, after all.

Fair warning that this is also going to be one of those reviews that mostly gets into what I thought and am still thinking about this one, rather than a critique of the book as such. My approach/avoidance reaction to the story and the conclusions I’ve come to now that I have finally read it are still rolling around in my head.

I’m pretty sure that everyone has their own opinions of the book at this point, whether they’ve read it or not.

Now that I’ve read it, I understand completely why I haven’t until now and probably wouldn’t have yet if I hadn’t seen the graphic novel version in Half Price Books. The graphic novel felt like a way of getting through the story without having to wallow in the expected pain of it.

While I admit that part of my initial rejection had to do with the author’s rejection of even the idea that the story might be part of the dreaded and dreadful GENRE, in this case SF, instead of being part of the more socially acceptable and highbrow body of literary works.

Well, this certainly has all the angst that I associate with literary fiction, but it is also very definitely part of the SF genre. It’s SF of the extremely dystopian variety, set in a world that has not happened – at least not yet – and might not. And hopefully will not. And is a dystopia kicked off by climate change and ruin of the environment. (In that, it reminds me a bit of The Children of Men by P.D. James, which I liked a lot more but did not generate all the interest and awards that The Handmaid’s Tale did.)

I didn’t read this for the longest time because I just didn’t want to wallow in that angst. This situation is awful. It is supremely awful for women, but it isn’t that great for men, either. But the men are the ones who make this omelet and the women are the eggs getting broken in the process – pun definitely intended.

And it does resonate with the historical oppression of women as well as the current era of attempting to return to that level of oppression. But with a difference. Because the methods of Gilead also have parallels with the holocaust and other genocides. It’s not just that in Gilead all women have been reduced to their biological function and nothing more, but also that the government has done an all too efficient job of cutting off any and all means of escape. Not just that the borders are closed, heavily guarded and well-armed, but that even methods of suicide are almost completely cut off.

So, as a story I found The Handmaid’s Tale to be unrelentingly depressing. In the extreme. Fascinating, but a complete downer. As it’s intended to be. The situation is awful and horrible and even Offred’s possible escape doesn’t change that. Because even if she did make it out, we don’t actually see it. And she leaves all of the other women in Gilead behind, whether she does manage to escape either to Canada or to death.

This was a book where I desperately wanted a catharsis at the end, and did not feel anything of the sort. The ending felt like a bit of a cheat, as it fast forwards to a future where Gilead’s existence is well in the past, where the record that Offred left behind is studied as a historical artifact. But we know nothing of how the world reached that point, or actually how much better it supposedly is – if it is at all.

It’s an ending which left me totally cold. As an object lesson, as a meditation on how easily a group can be subjugated, it is horrific but all too realistic. As dystopian SF, it is chilling in the extreme. But as a story, it felt like it didn’t so much end as trail off.

I understand that the reader was supposed to see the ending as kind of a “Schrodinger’s escape” where all results are possible and Offred can either have escaped, been killed or come to some equally gruesome end. That it isn’t necessary for us to really know how it ended to be satisfied with what we had. 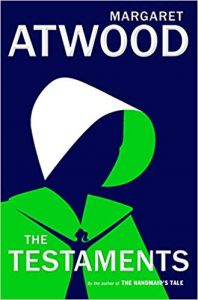 I felt more horrified than satisfied. But I still want to know what happened, a state in which I clearly was not alone, as the author released a sequel, The Testaments, last year to answer at least some of the questions rattling around in readers’ heads. I’ll get around to reading, or at least skimming that, someday, just to get some resolution on the whole thing.

Escape Rating B: The rating is kind of an average. I found the story to be absorbing but terrifying. I couldn’t stop turning the pages but I also desperately wanted to be ejected from the nightmare. And I know that I would have bounced off this one hard without the graphic novel.

In short, it feels like this was an important story to read for myself and not just rely on summaries – and I’d never judge a book by either its movie or its TV series. But I also know that I’ll never read it again. 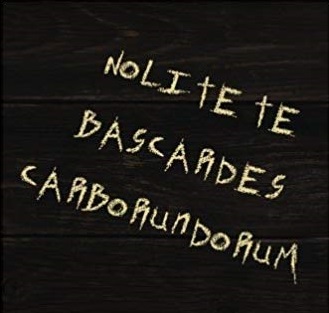 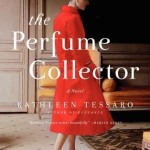 3 thoughts on “Review: The Handmaid’s Tale: The Graphic Novel by Margaret Atwood”