After a couple of successful – meaning relatively quiet – supervised visits by the incumbent clowder, Luna and Tuna were officially released into the general population of household cats Thursday evening. As World War III has not yet occurred, this is considered a successful introduction.

In celebration, here’s a picture of George and Tuna comparing whatever it is cats measure when they meet. George’s tail is longer, but Tuna’s is magnificent in its own way. They are both certainly VERY big bois! 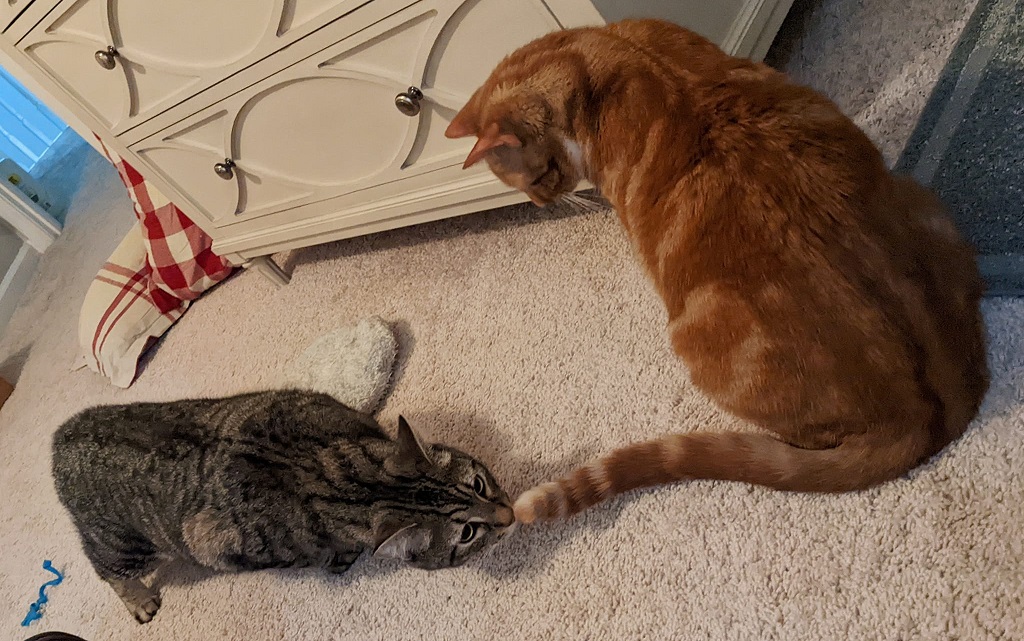 Back to books – always a popular subject at chez Reading Reality. After a couple of less than successful books – or at least books that may be popular with plenty of other readers but did not float my boat AT ALL, I decided to dive back into the virtually towering TBR pile a little more this week. The recent death of Eric Flint inspired me to take a look back at his marvelous Ring of Fire series – hence tomorrow’s review of the first book therein, 1632. And I was just in the mood for another hard-boiled mystery, which lead me back to Flavia Albia’s cynical view of Imperial Rome and Deadly Election – a title that is almost a bit too apropos in our troubled times as well as hers. 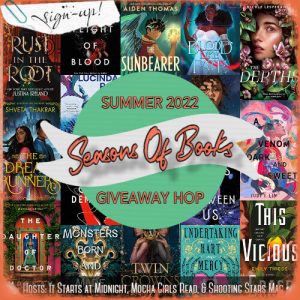 The winner of the Christmas in July Giveaway Hop is Nancy 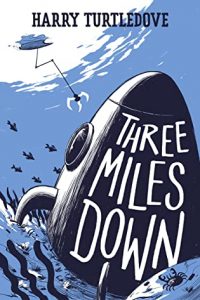 A Review: Three Miles Down by Harry Turtledove
B Review: Till Sudden Death Do Us Part by Simon R. Green
A- Review: This Place of Wonder by Barbara O’Neal
D Review: The It Girl by Ruth Ware
A- Review: One-Shot Harry by Gary Phillips
Stacking the Shelves (506) 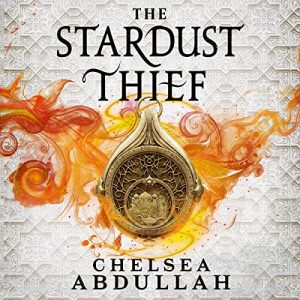