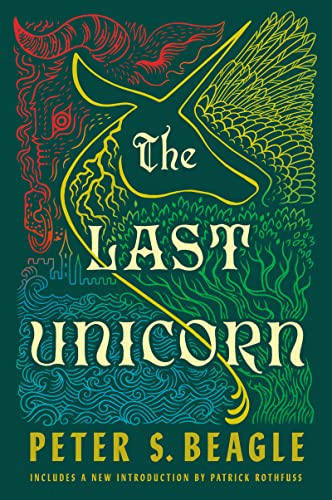 She was magical, beautiful beyond belief—and completely alone...
The unicorn had lived since before memory in a forest where death could touch nothing. Maidens who caught a glimpse of her glory were blessed by enchantment they would never forget. But outside her wondrous realm, dark whispers and rumours carried a message she could not ignore: "Unicorns are gone from the world."
Aided by a bumbling magician and an indomitable spinster, she set out to learn the truth. but she feared even her immortal wisdom meant nothing in a world where a mad king's curse and terror incarnate lived only to stalk the last unicorn to her doom...

The story of The Last Unicorn can be summed up simply. A unicorn, happy alone in her special forest, hears from a passing human that all the unicorns are gone, and she realizes that she’s the last one left. So she goes out to find them.

In other words, the short and bittersweet summation is that The Last Unicorn is a quest story. But saying that is like saying that The Princess Bride is a romance. It’s a completely true statement that manages to leave out all the important bits as well as all the things that make the story so great and wonderful and so much worth reading and/or seeing. The whole is so very much greater than the short summary of its parts.

There is something about The Last Unicorn that does remind me of The Princess Bride that I can’t quite put into words, but is still true. They use language and fantasy in similar ways and both are awesome. If you loved one I think you’ll love the other. But I digress a bit.

Howsomever, The Princess Bride, in all of its wonderfulness, has a happy ending – no matter how much it middles in some very dark places.

The Last Unicorn, so very much on my other hand, ends on the bitter side of that sweet. Good does conquer evil, but in that triumph there are so very many regrets. It’s an ending that is very fitting while leaving both the reader and the characters looking back at what might have been with sadness and more than a bit of longing. 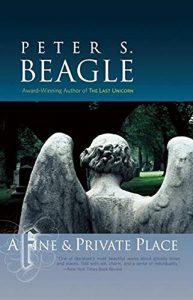 It’s beautiful, it’s haunting, and it’s as perfect a story in its own way as The Princess Bride is in its. Read it and quite possibly weep, but read it all the same.

Escape Rating A+: The Last Unicorn is a fantasy classic. Seriously. It’s on every single list of fantasy canon for the 20th century and probably for all time. To the point where I assumed I must have read it back in the day, because it came out in 1968 and I read a hella lotta fantasy in the 1970s. I KNOW I read the author’s first novel, A Fine and Private Place, back then, but it turns out that I hadn’t read The Last Unicorn until now.

And oh what a wonderful story I’ve been missing all these years!

While the unicorn starts out her quest alone, she doesn’t remain that way. In her travels she picks up two companions, Schmendrick the Magician and Molly Grue. Schmendrick is a wizard looking for his magic, while Molly is searching for the woman she might have been.

They run headlong, or are herded into, or a bit of both, a king who has spent a life searching for something to interest him – but has never found it because the fault, as Shakespeare so eloquently put it, “is not in our stars, but in ourselves.” He is the rock on which all their quests crash and very nearly burn. 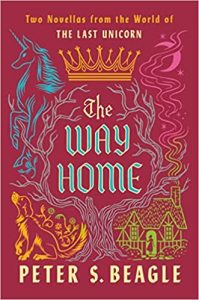 There is just so much in The Last Unicorn. It’s the kind of story that sinks deep into the reader’s soul and doesn’t leave. I’m so glad I finally read it and hope that you will be intrigued enough to do so as well.

It’s also the kind of story that isn’t quite done, no matter how many years pass between visits. There are two followup novellas set in the world of The Last Unicorn, “Two Hearts” and “Sooz”. “Two Hearts” has been previously published but “Sooz” is brand new. The two have been gathered together in a single volume, The Way Home, which will be out in early April, just in time for my birthday. And a better birthday book present I couldn’t possibly imagine.