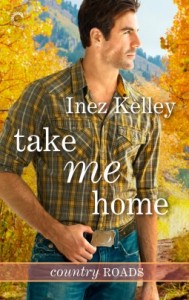 Logging manager Matt Shaw is wary when Kayla Edwards, the owner of Mountain Specialty Spices, hires his firm to harvest timber on her Appalachian property. It’s a place he knows better than the back of his calloused hand—it’s his family’s old homestead, lost years ago in a painful foreclosure. He’s hauled himself up from dirt-floor poor since then, and resolves to stay professional…but Kayla’s vivacious beauty makes it hard to focus on his job.

Home. That’s how army-brat-turned-foodie Kayla feels about her new mountain hideaway. What’s more, the hottest lumberjack ever to swing an axe has agreed to manage her timber crop and get the old maple syrup operations back on tap. Matt’s ruggedly sexy ways and passion for the land have her falling hard.

The heat between them grows wild…until Kayla discovers that Matt hasn’t been up front with her. She feels devastated and, worst of all, used. How can Matt prove it’s her he wants and not her land?

The title of the book is “Take Me Home”, the series is “Country Roads” and it takes place in West Virginia.

I dare you not to think of the song. I double-dog dare you.

The story is all about figuring out what is meant by that marvellously evocative word, “home”. They say that “home is where the heart is”, but this story asks the question about how the heart determines exactly where home is.

Both the conflict and the romance in this story is between Kayla and Matt. After a lifetime as an Army brat, growing up in bases all over the world, Kayla has purchased acreage in the Appalachian mountains of West Virginia, because it’s the place that calls to her spirit.

It stings even more when Kayla hires the timber company that Matt works for to thin out the trees on her land. She needs the money for the business she’s starting. He needs to be anywhere else but touring the land he used to call home.

Because the loss of the land that had been in his family for generations was so traumatic, followed so quickly by his father’s death in a car accident, Matt doesn’t want the job. Unfortunately, because he hasn’t told anyone about his past, he has to either confess what feels like a ton of old humiliation, or get the job done.

He decides to keep his secrets and do the job. What he doesn’t count on is falling for Kayla. As they become more deeply involved, Matt’s secret turns into a bomb waiting to explode in his face.

When Kayla finds out, she can’t let herself be certain whether its herself that Matt really loves, or if she is just his means to get his home back. Matt says that she has everything he wants. What Kayla needs to know is what part of that “everything” Matt is truly after.

Escape Rating B: Inez Kelley’s Turn It Up is one of my favorite contemporary romances of the last few years. I adored the wit and banter in that story, and found both characters not just sympathetic, but also tremendous fun. I wanted Take Me Home to sparkle just as much.

Take Me Home isn’t a sparkly kind of story. In Kayla and Matt we have two people who are both hurting, and whose wounds unfortunately make them vulnerable to exactly the kind of pain that the other inflicts.

Kayla has spent a lifetime wondering if her friends liked her for her, or for access to her high-ranking father. When she finally finds out Matt’s secret, his lie of omission creates a gaping wound. She isn’t certain of his motives for getting into a serious relationship with her, and it is hard to blame her.

When Matt finally tells his full story, it’s still a bit difficult to understand why he kept the secret for so long. Not that it doesn’t hurt in the telling, not that he hasn’t kept it to himself for years, but whether or not one thinks that he should have put things in perspective by now, the fact is that it’s a small town and too many people remember him and his family. The whole thing was bound to backfire sooner or later, with catastrophic results.

I enjoyed the slow-building of their relationship, the way they started with sex and it changed into love. But everyone can see the blow-up coming, and I would have liked the story more if they’d gotten there a bit sooner. (The Grand Misunderstandammit is not my favorite trope) 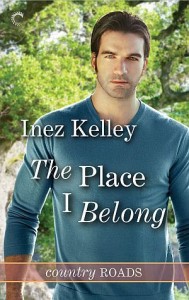 Which doesn’t mean that I didn’t like the town or the people, because I did. I even liked the explanations of how the timber industry and maple sugaring work. I’m looking forward to reading the next chapter in the series, The Place I Belong.