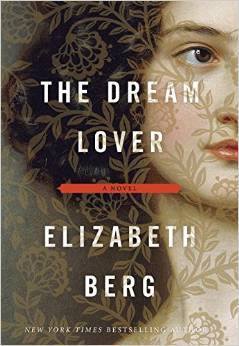 A passionate and powerful novel based on the scandalous life of the French novelist George Sand, her famous lovers, untraditional Parisian lifestyle, and bestselling novels in Paris during the 1830s and 40s. This major departure for bestseller Berg is for readers of Nancy Horan and Elizabeth Gilbert.

George Sand was a 19th century French novelist known not only for her novels but even more for her scandalous behavior. After leaving her estranged husband, Sand moved to Paris where she wrote, wore men’s clothing, smoked cigars, and had love affairs with famous men and an actress named Marie. In an era of incredible artistic talent, Sand was the most famous female writer of her time. Her lovers and friends included Frederic Chopin, Gustave Flaubert, Franz Liszt, Eugene Delacroix, Victor Hugo, Elizabeth Barrett Browning, and more. In a major departure, Elizabeth Berg has created a gorgeous novel about the life of George Sand, written in luminous prose, with exquisite insight into the heart and mind of a woman who was considered the most passionate and gifted genius of her time.

The Dream Lover is a fictionalized biography of the French author George Sand. While she is a well-respected author in the French canon, I am uncertain how well her works are known outside that sphere. I suspect that outside of French Literature, she is better known simply for her male pseudonym and her affair with the composer Frederic Chopin.

I wonder how many people confuse her with the English writer George Eliot? They were contemporaries.

But George Eliot merely used her pseudonym so that her works would be judged more seriously. George Sand seems to have lived hers.

It is her life and loves that are portrayed in The Dream Lover. There are multiple possible interpretations for that title as well. In the novel, it seems to refer to the lover that she dreamed of but never really possessed. It may also refer to the number of writers and artists for whom George Sand herself was that dream lover.

The story is told from the first-person singular, so we see George’s view of her own life, from her childhood as Aurore Dupin to her final days. Because it is her perspective, we see snapshots from the most memorable times in her life and how she felt about them, we don’t get inside the heads of those she loved, and lost, and sometimes despised.

It’s clear that she was not a comfortable person to be around. Nor was there much comfort around for her. Her early years tell of her life as the possession over which her mother and grandmother continuously fought. Her mother was a former courtesan who had married an Army officer. When her husband died, she was left to beg for maintenance from his mother, who despised her and disapproved of the marriage. The cost of that maintenance was young Aurore.

Not that her grandmother couldn’t provide better for her, but the emotional battle of wills between the two women and their divergent points of view certainly shaped the person who would become George Sand. Her mother’s mercurial mood swings (she sounds bipolar) were more than a trial, they seem to have been physically abuse.

It wasn’t that George rejected being female so much as she rejected the enforced inequality that came with the condition. She seems to have been a rebel from her earliest days – first rebelling against control of the two women who chewed her over, and then against the control of her husband. Finally, she simply chose to carve her own path in society, whatever the consequences.

Her life served her art. She lived to write, using it as both a way of making a living and a catharsis for anything and everything that went wrong in her life and her relationships. Of course, her single-minded dedication to that writing was often the cause of some of those relationship collapses.

It was clearly a life well lived. She was the most famous woman of her generation because she didn’t just break all the rules, she generally acted as though the rules couldn’t apply to her and shouldn’t exist.

Her life is absolutely fascinating.

Escape Rating B+: I enjoyed The Dream Lover, but I felt a bit handicapped by a lack of knowledge. Not a comfortable feeling. I knew who George Sand was, but am not familiar with her works. I’m not certain how many of them have been translated from the French.

Her novels seem to have been what some would call “message fiction”. She railed against the inequities faced by women of her time. That she herself finally managed to ignore accepted roles and expectations does not mean that she didn’t feel keenly for those who were trapped by the economic realities of women’s status in 19th century France.

Some of her fiction seems to have also been autobiographical, using herself and her circle as inspiration for characters and situations.

What made things a bit difficult for this reader that I am not familiar enough with French Literature and history of the 19th century to recognize the importance of all the figures who moved through her life – especially the writers and artists whom she loved and often supported during their affairs. She seems to have inspired some and depressed others, but I needed more background to understand her influence on them and vice-versa.

I would love to have known what some of the other characters in her story thought about her and events. The first-person perspective brought George Sand to light, but left many of the other characters in shadow. We don’t know if her husband was really that big of an ass, or did she just think so because he represented the repressive patriarchy and stood in her way? All the lovers who left her, what was their perspective?

At the same time, her work and her seizing the freedom to live on her own terms make her a towering figure of her time. The Dream Lover left me with a taste for more about this period and this fascinating character. The portrait of the artist as a young, middle-aged and finally old woman is a terrific exploration of the cost of art and perhaps genius for the person who has it.