Somewhere a queen dragon has folded up her great golden wings and closed her rainbow eyes in final rest.  All the Dragonriders who have ever dreamed of Pern have lost the one who showed us one of the best and brightest worlds in both science fiction and fantasy.

My copy of The Dragonriders of Pern is well-loved. It’s one of the old book club editions, so it combines Dragonflight, Dragonquest, and The White Dragon into a single volume. I’ve re-read it so many times that the spine is slightly cracked, and the cover is a little torn. It isn’t even my first copy. I had paperbacks. They sort of…dissolved.

And the story still brings chills. F’lar and F’nor’s desperate search for a true Weyrwoman to lead the Dragonriders before the Threadfall that they and only they believe is imminent. Lessa’s thirst for vengeance against the man who murdered her family. The Weyr’s descent into disrepute and F’lar’s grab for power on the back of his dragon. The story of political ambition that turns into a love that governs not just the Weyr, but conquers time itself.

Dragonflight is a masterpiece. Read it again in memory and honor. 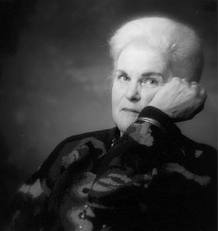 One thought on “Anne McCaffrey, First Dragonrider of Pern, RIP”