It turns out that some things are recession proof. And that some attitudes don’t seem to budge, no matter how dated they are.

Time Magazine has a list of 12 Things We Buy in a Bad Economy. The Number 1 thing on that list: Romance Novels!  Are you surprised? I’m not. When the world goes to hell in a handbasket, people look for escape. And paperbacks are a cheap escape. Romance novels, with their guaranteed happily-ever-after, make for a terrific escape from reality.

The statistics Time Magazine quotes say that romance sales were flat until 2009, then started booming when the recession set in. I wonder about what they counted as “romance”. I know romance sales are up, but were they flat before 2009? Paranormal was definitely on the rise before 2009, and is still climbing. But paranormal is a different type of escape since it’s a world where magic works.

At the same time that Time Magazine was applauding romance novel sales, they still marginalized the genre and its readers. The illustration of book covers they used appears to be a stock photo, and an old one at that. I looked up some of the titles on Barnes & Noble, and they are from the 1980s and 1990s. The books aren’t even available anymore! A modern cover montage would show a lot less hair and clouds and a lot more skin. As romance novels have raised the heat index, so have the cover photos. (And no Fabio-types at all)

Number 3 on the list is nail polish. What does nail polish have to do with romance novels, or the recession?  The list is about small indulgences, things that can be purchased to give a person a small lift in the spirits without breaking the budget or feeling guilty later. A $7.99 paperback romance can do that. A $3.99 ebook romance does that even better.

My mom grew up during the Great Depression. You know, the one in the history books. She says that women always bought lipstick. A tube lasted a while, and putting it on always made the person feel better. The same thing is true today, except now it’s nail polish instead of lipstick. It’s a relatively inexpensive indulgence that makes a lot of people feel better.

If you’re wondering what came in at number 2, it was donuts! 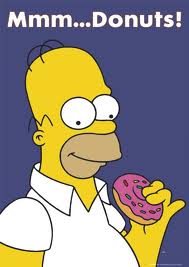 6 thoughts on “Romance and Nail Polish”