The Stubborn Dead by Natasha Hoar is every bit as good as the teaser in the January print RT Book Reviews claimed it to be. At just under 60 pages, the whole book is a teaser, and a damn fine one.

Rachel Miller is the resident member of the Order of Rescue Mediums in Vancouver. Her duty is to release trapped spirits from this earthly realm. Not all spirits want to be released, and sometimes Rachel has a supernatural fight on her hands. Occasionally, that fight manifests physically, and the spirit shoves Rachel into a wall. Lucky for Rachel, being a rescue medium means that she heals quickly.

Being summoned to a haunted house to exorcise a trapped spirit is all part and parcel of Rachel’s life. The local priests even know who Rachel is, because she handles the spirits who are beyond their powers.

So when Rachel gets a call from Sylvia Elkeles asking her to remove a spirit that’s already sent the local Catholic priest to the hospital, Rachel is concerned, but still comes to the house. Even after she calls the diocese and discovers that Father Simon is not only not in the hospital, but has never heard of Sylvia.

Rachel is not prepared enough for the lying, cheating, sociopathic Sylvia. Because Sylvia has studied up on rescued mediums, and uses the code that binds Rachel’s power into supernaturally forcing her to dealing with a special kind of stubborn undead. A rodach. A wraith who is still tied to his living body and still has a soul.

Rachel has 48 hours to either find the rodach’s body or eliminate his soul. And if she fails, her supernatural powers will be bound, forever.

While the clock is ticking, Rachel has her own personal issues to deal with. Her perpetual stalker, Janus Ostara. Janus is a mob boss. But not of the usual kind of mob. Janus’ mob only contains members of the supernatural, and he wants to add Rachel to his crew, personally.

Meanwhile, about that rodach…they’re supposed to be extinct. Which means that information on dealing with the problem appropriately is limited in the extreme. And that clock keeps ticking away…

Escape Rating B+: This is one of those cases where my biggest complaint is that the book was way too damn short! I want to know more about these rescue mediums and the world that requires their services. If you’re an urban fantasy fan, just about the time you get really sucked in, it’s over.

The story itself wraps up very, very well. It’s just that I want more of the worldbuilding. I want it bad. The second book, titled The Ravenous Dead, is out on submission according to the author’s site. I really want a publisher (Carina, hopefully) to pick this up. Like yesterday. 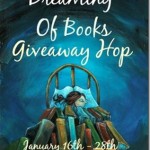