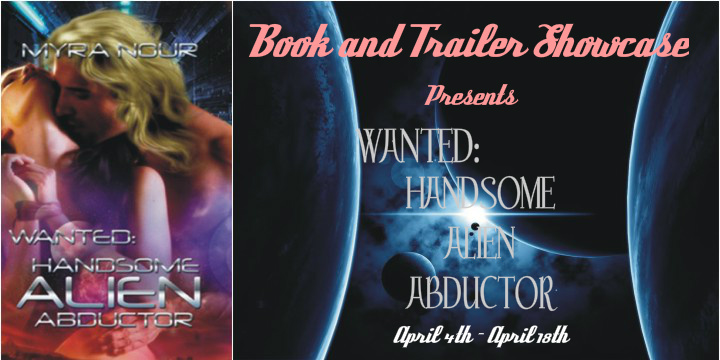 Have you ever wished that you could be abducted by your very own handsome alien abductor? Someone who would not just sweep you off your feet, but take you away from this everyday, humdrum, “earthbound” existence?

Ryja’s deep voice came from behind her. Amber turned and held her breath. He
was magnificent. A brown tunic fit rather loosely, but was more flattering with the help
of a wide leather belt. The garment fell to mid-thigh, and although leggings would have
been a natural part of the costume, Ryja’s legs were bare. She was sure he had
decided to forgo the leggings, and was glad. His massive thighs were calling for her
hands to stroke the chiseled muscles and light brown hairs that covered them.
The tunic was sleeveless, leaving his ripped biceps free. She couldn’t wait to run
her fingers over their bulges. A sword was stuck through the belt, and a pair of brown
leather boots covered his lower legs. She took in his whole physique. With his silky
wheat blonde hair, he did look like a Viking warrior.
“You must like the outfit, because I’ve been standing for about a minute waiting
for you to say something.”
Amber laughed. “You’re so beautiful and authentic looking, you silenced me.”
Ryja arched one eyebrow. “Beautiful?”
“You know what I mean.” She curtsied. “What about my costume?”
“It’s pretty,” he drawled out as he walked to her side. “But you are stunning no
matter what you wear, or don’t wear for that matter.”
Her cheeks reddened. Their first encounter had been wild and she had no
qualms about total nudity with a stranger. Amber’s heart raced as she wondered if this
time would be as exciting.
“You belong to me.” Ryja circled her waist, pulling her into his arms.
His eyes were a darker shade of blue, filled with lust. His hard erection pushed
against the layers of clothes between them. He looked like a conqueror and she
realized he’d stepped full in to their fantasy.
She cast down her eyes and whispered. “You raided my village. I am your
captive.”
If that had really happened to her, Amber doubted she’d act so meek. But she
would play the part they’d set in motion.
His hand slid to her chin, raising it. “Since you are my captive, I can do anything
I want with you.”
Instead of being scared, as she would be if she were a real captive, her body
was on fire.
Without warning, he swooped down, attacking her lips with a savage kiss. She
wanted to run her hands through his soft hair and pull him closer, but instead she
pushed against his chest. He released her and she stumbled back.
“So, you will fight me.” His eyes raked her body. Those cool orbs were hot,
setting her nerves to tingling with their intensity.
“You are a barbarian and my enemy.” Amber turned her nose up slightly.
“So I am.” Ryja bent and picked her up in his arms, carrying her to the bed. He
sat on the edge, with her across his lap like a child. When she struggled, he trapped
her arms with one iron arm and pulled her head up with his free hand.
She turned her head, but his hand slid behind her back, gripping her head above
her neck. Forcing her forward, he captured her mouth in a kiss. Amber only played at
refusing his kiss for a second, then her body relaxed against his. She was his.
His tongue teased hers, drawing a small moan from her. Then it swept across
her tongue like they were doing battle. It was thrilling. Ryja’s hand pushed her closer,

his kiss demanding more surrender as his steely arm pulled her tight against his chest.
She was breathless but it wasn’t the embrace that caused it, but his deepening kiss.
Suddenly, he withdrew, staring at her with a wicked look. She didn’t know what
he had on his mind, but she shuddered with feverish excitement. Standing up, Ryja
turned and gently laid her in the center of the bed. Then he ran his hand up her right
arm and stretched it over her head.
He leaned down, kissing her until she was restless and wanting more. While
they kissed he had been stroking her hand and wrist, or that’s what she thought. It was
hard to concentrate on her hand when he set her mouth on fire. She felt something
clamp around her wrist and craned her neck. Glancing under his arm, she was shocked
to see a fur lined handcuff on her wrist. It was attached by a cord to the bedpost at the
headboard.
“Oh,” she gasped. Amber tried to pull her hand down, not even remembering the
fantasy at this moment. Being trussed up was not her idea of fun.

Want to read more of Amber and Ryja’s adventure for yourself? All you have to do is fill out the Rafflecopter and leave a comment for Myra answering the following question. Since Ryja is visiting Earth to study its history, what historical period would you most want to go back and visit?

One lucky winner will receive an ebook copy of Wanted: Handsome Alien Abductor. This contest will be open until 12:01 am on Sunday, April 15, and the winner will be announced on Monday, April 16. 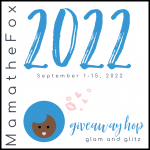