In the real world, it’s mid May. Which means that Ebook Review Central is looking at the books published in April. This week, the spotlight is turned on Dreamspinner Press, and the titles that they published in April of 2012.

Before I start on the features, I want to talk about book covers for just a second. In spite of the warnings, we do judge a book by its cover. And using the same stock image multiple times can make readers wonder if they’ve read a book before, when they haven’t.

Dreamspinner uses the exact same cover image for their Day Dream series of, I think they would be classed as short stories. The ebooks are very short, and sell for a very low price. If they weren’t ebooks, they probably couldn’t be marketed except in anthologies. Ebooks have created an entirely new channel for short fiction that hasn’t existed since the golden age of magazines.  Using a stock image for the Day Dream series establishes a brand.

On the other hand, repeating a stock image for a novella or novel can give readers a feeling of deja vu. I thought the cover image on Murder at the Rocking R by Catt Ford looked awfully familiar to me. That’s because it’s the same image as the one on the cover on Wilder’s Mate by Moira Rogers, just reversed and further away. Although both Rocking R and On the Trail to Moonlight Gulch are westerns, Moonlight Gulch’s cover looks better because it’s more distinctive. Knowing that Rocking R is stock makes it lose something, at least for me.

But we’re here to talk about reviews.

Book number three this week is First Impressions by Christopher Koehler. They say that you never get a second chance to make a first impression. Maybe that’s true, but in this romantic comedy, you can get a second chance at love, if your friends are willing to arrange a lot of painfully funny coincidences. Especially since your friends set you up in the first place and it all went so horribly wrong, when it should have been right. They have to make it better. At a very posh party, Cameron’s friends arrange for him to meet a new man. Unfortunately for him, they also help him dress. First part good, second part bad. They dress him like a bar pickup, and a sleazy one at that. Even worse, poor Henry, the man that Cameron is supposed to meet, is a former, emphasis on former, gay porn actor. Henry left that life behind him, and he wants to make sure it stays behind him. Cameron’s outfit is a reminder of lifestyle Henry left, and Henry spits insults instead of walking away. They trade barbed comments instead of the “meet cute” their friends had planned. The rest of the story is how they past that initial bad first impression, with a lot of help from their friends.

Next up, Frog by Mary Calmes. Frog is a story about city slickers playing cowboys for the weekend. Well, for a lot of weekends. And, it’s a about a lonesome cowboy. Really two lonesome cowboys, but one of them happens to be a city slicker. Brilliant surgeons are often cowboys back in their hospitals (House, anyone), and Cyrus Benning is the city slicker who finds perspective by pretending to be a real cowboy a few times a year. He also finds a real cowboy who, like the desperado in that old Eagles song, had better let somebody love him before it’s too late. Both Cyrus and Weber have been abandoned by fate, and they find what they need in each other.

Final book for Dreamspinner in April is the ebook release of a title that, when it was originally published just a few years ago, won several Rainbow Awards for Gay Fiction including Best Characters, Best Setting, Best Gay Historical and finally, Best Overall Gay Fiction. I’m talking about The Lonely War by Alan Chin.

This is a bittersweet story. It’s a historical story about a gay Asian-American seaman serving with the US Navy in World War II who falls in love with an officer aboard the ship on which he serves. Then his ship is captured by the Japanese and the entire crew become POWs. The final part of the book takes place after the war. No part of this book is an easy journey for the main character. I can’t do this book justice in a brief summary. Read the reviews, especially Leslie’s review at Speak Its Name, and you’ll understand why this book won all the awards.

And why one of the marvelous things about ebooks is the opportunity to bring books like this back and give them new and longer life and a wider audience. 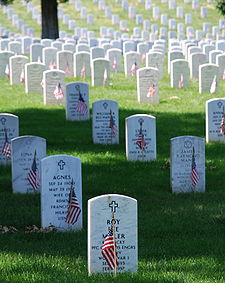 That wraps up Ebook Review Central for this week. And after The Lonely War, a book about World War II, let’s talk about next Monday, Memorial Day in the United States. Although Memorial Day originally commemorated the fallen Union soldiers after the U.S. Civil War (I live in Atlanta now, I’m finding that very interesting) it has come to be a holiday to honor all those who have died while serving in the United States Armed Forces.

It also marks the beginning of summer. And it’s a three-day weekend. Ebook Review Central is going to take next Monday off. I need to get another sort of “leap day” in the calendar, and Memorial Day is a good enough reason.

Ebook Review Central will be back on June 4 with the Samhain April feature.