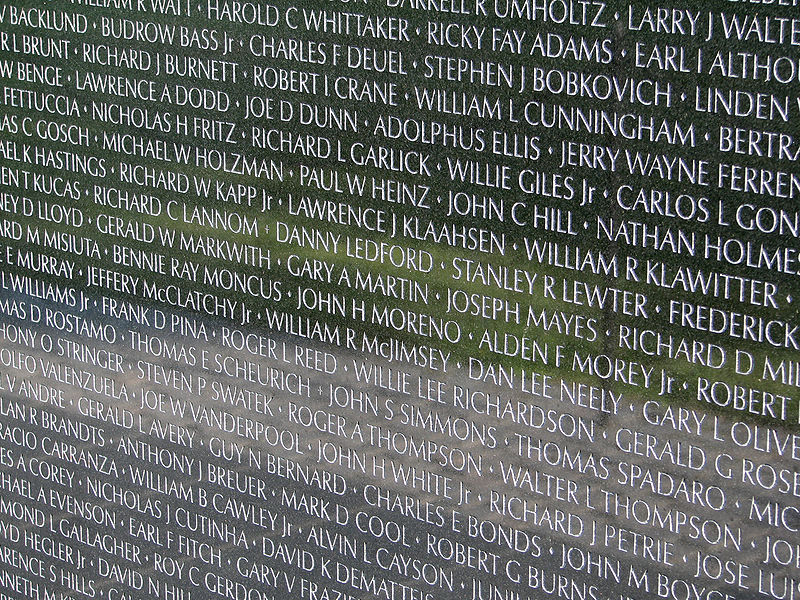 Memorial Day in the United States is a holiday that is intended to honor those who have fallen in the service of the United States while wearing the uniform of one of its Armed Forces. The Wall of the Vietnam Veterans Memorial, pictured above, commemorates that fact starkly, listing the names of those who fell.

M*A*S*H, although it was set in Korea was commenting about Vietnam. But the line I remember best is when it took one of its early turns for the serious from the funny. When in a very bleak moment after hours of exhausting meatball surgery, Colonel Blake told Hawkeye, “Rule number one is young men die. Rule number two is doctors can’t change rule number one.”

The following poem is one I found in a thin, stained, stapled, well, calling it a paperback dignifies it considerably, from high-school. Variations of it still can be found on the net, all attributed to that great poet, Anonymous. Set at the time of the Vietnam War, it still chills.

The picture at the top of the post is from the Vietnam Veterans Memorial in Washington D.C. and is part of Wikimedia Commons. The photographer is Hu Totya and the photo is used with permission.