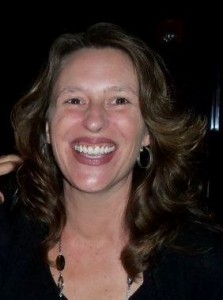 Today’s treat for the followers of Reading Reality is an interview with Kelly Gendron, the author of the sinfully delicious treat Satisfying the Curse (review). I had the opportunity to grill Ms. Gendron about her predilection for stories about bad boy heroes, among other topics, and here’s what she had to say:

So tell us a little about Kelly Gendron…

I’ve been a mom for seventeen years. My day job? I’m a nurse. I represent a group of nursing facilities in the WNY area. I perform medical evaluations on the patients prior to their admission. I’m goal oriented and I’ve been told I’m a control-freak. I think I’m a fair and considerate person. Very rarely, am I ever called a B 🙁 tch, at least to my :). Here’s something else, I can tell you about Kelly Gendron, she’s no longer shy.

All of your books are about bad boys. Where does that inspiration come from?

When I was younger, my whimsical heart chased after those bad boys until I realized they were just that, boys. In my stories, I take those little heartbreakers and write them as all grown up men. Really, who doesn’t want a Bad Boy? Me? I just prefer to let them bake for a while. Those Casanovas in the making will rise to irresistible, capable, and dominant men. When cooked at the right temperature they’ll still taste disobedient but with the right amount of heat, they’ll become succulent and tantalizing!

At the beginning of Satisfying the Curse your heroine is certain she’s cursed and your hero believes he’s tainted. That’s a heck of a lot of baggage for one couple to overcome. Why so dark?

It’s an addiction of mine… Make it dark, devastating, and heartbreaking! Make it hot, sexy, and breathtaking! I want to reach inside my readers and touch as much of them as I can—good and bad. If my stories consisted of just roses and kisses, I’d only be getting half the job done, right?

So, what’s your favorite scene from the Satisfying the Curse? and why?

My stories are literally created from the beginning. I don’t write a synopsis or an outline. I figure out how I want the story to start, I sit down and I write. With that being said, it is the very beginning when Juliana kidnaps the one man, she believes, who can take care of her curse. The scene reveals Juliana’s innocence but it also shows her valor and determination.

After reading the story, I’m really curious, do you believe in nurture over nature, or the other way around?

I believe in nurture but whether we choose to accept it or not I think our nature has a great deal of influence on our psyche. A child of an alcoholic may never take a drink. In Satisfying The Curse, Agent T. Ryker’s father is a rapist. Does that make Ryker one? No. But Ryker still fears the nature of the beast.

I’d like to say it was my 5th grade teacher but the only thing I did in school was daydream. My mother is an avid reader. Her books were always lying around. One afternoon, home alone and bored, I picked one up— Johanna Lindsey. It was all over from there. I read for pleasure, to escape reality, and I only read romances.

Who or what most influenced your decision to become a writer?

I’ve always enjoyed writing but never took it seriously, until I was in my early thirties and back in college. I had to take an English course. One of the assignments was to write a short story and read it to the class. Mine was about a man proposing to his lover. It really was a simple story but I was instantly attracted to it— the writing. Once more, it was all over from there…

When it comes to this question, I’m kind of a Dr. Jekyll and Mr. Hyde. My life and all that happens in it derives from the plotter in me. When I write, I’m a Pantser.

What book do you recommend everyone should read, and why?

Well, you know it’s going to be a romance because that’s all I read. Hmm… that’s a tough one! I’d have to say anything from J.R. Ward including Jessica Bird. She’s a writer that can reach inside and stir the good and bad in me.

So, what kind of bad boy story do you have coming up next?

It’s another dark one— my addiction at its best— featuring the all grown up bad boy, Tex McCoy. It is called Fatal Promise— here’s a one-liner— Rainey Ann McKenna always keeps her promises… one of those promises has a murderer moving into her home.

Coffee with all the fixins!

Marlene, thank you for having me here today, you really got me thinking with these questions!

Thank you, Kelly for being such a terrific guest! And you are so right. Bad boys make do great stories! 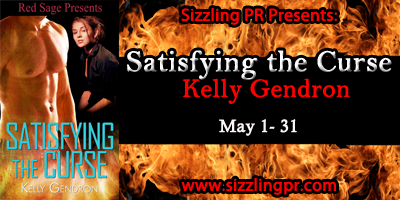 8 thoughts on “Q&A with Kelly Gendron, Author of Satisfying the Curse plus Giveaway”