Welcome back to Ebook Review Central. We’ve had two weeks off for the American Library Association, the 4th of July summer slack-off (did anyone really do anything last week?) and the flu, but ERC has returned to cover the Dreamspinner Press titles from May 2012.

This was a “feast or famine” month as far as reviews went.  The titles that were reviewed, were reviewed a LOT. On that proverbial other hand, those that weren’t, really, really weren’t.

But my favorite comment is about the cover of Gambling Men by Amy Lane. The reviewer at Insta-Love quipped that the model on the cover “must spend a LOT of money on manscaping”.  Or the photographer did a fantastic job of airbrushing.

Some months, the eight good to excellent reviews received by Gambling Men would have been enough to earn it a feature spot in addition to my spit-take on that comment, but not this month. This month three titles had more than fifteen reviews each. It’s hard to compete with a new book in the Cut & Run series and anything by Mary Calmes.

So you’re wondering what the third book is, right?

The number one featured title for Dreamspinner in May is One Small Thing by M.J. O’Shea and Piper Vaughn.  Nineteen, count ’em, nineteen reviews, all in the 4/5 or B range, or higher. Everyone loved this book. Why? Because it tugs at the heartstrings. Rue Murray becomes a single dad, after an experimental one-night stand with a woman friend turns into a baby — that she didn’t plan on and doesn’t want. Rue grabs onto his one chance at fatherhood, but managing single-parenthood along with work and school turns out to be more than he can handle. So he gets some help. The only problem is that Erik, the shy and reclusive sci-fi writer he hires fits into his and his daughter’s life in more ways than any of them expected. Baby Alice isn’t the only person in this story who turns out to have a lot of growing up to do.

Mary Calmes’ Acrobat is the number two featured title in this month’s Dreamspinner wrap up. The acrobat in the title is Andreo, a man who is trying to juggle the responsibility of raising his nephew, extracting himself from a very unsavory situation, and starting his own business. He’s also falling in love with Nate, an English professor at the University of Chicago. But while Dreo is trying to convince Nate that he would make a suitable partner, his old connections are looking for ways that he might be vulnerable. That unsavory situation, it’s Family, the underworld kind. Dreo wants out of the mob, and his old connections think there is only one way out of their world. The more Nate is seen with Dreo, the more he becomes a target. Can Dreo juggle things enough to protect the ones he loves.

The final book for Dreamspinner this month is book number 5 in the popular Cut & Run series. The earlier volumes were co-authored by Madeleine Urban & Abigail Roux, but this latest book, Armed & Dangerous, is a solo work by Roux. The Cut & Run series is mystery/suspense, with two FBI agents, Ty Grady and Zane Garrett as the heroes/protagonists/lovers/crime solvers. This is action/adventure at its finest according to every single reviewer. When I saw this on the list for Dreamspinner this month, I knew the reviews would be off the chart. But don’t start with this one, this series is meant to be read in order, and Roux & Urban’s Warrior’s Cross is meant to be read between Divide & Conquer and Armed & Dangerous.

And I need to carve out some reading time for this series, because every single review says they are awesome.

That’s a wrap for this week! Ebook Review Central will be back next week with Samhain’s May titles. 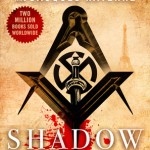 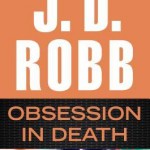