I have one thing to say about the June 2012 titles for Dreamspinner Press. Time is very definitely eternity, and so was this list. 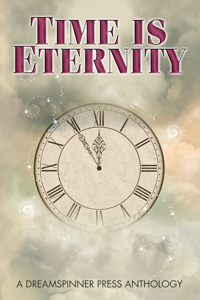 In June, Dreamspinner published their summer “Daily Dose” set of shorter works, short stories, novelettes, novellas, all based around the theme of time travel. It’s a fascinating concept. And reviewers definitely agreed, because every single entry in the set got reviewed, usually by at least two reviewers. (The Advent set didn’t do quite as well with reviewers.)

But the advent (sorry, irresistible pun) of one of these sets increases the Dreamspinner list from the usual thirty titles to an incredible 60 titles for the month! Ouch.

It also seems to do a kind of “vote-splitting” similar to the academy awards. Or maybe attention splitting would be a better analogy. Regular readers (regular reviewers) have so many titles to choose from, that the reviewing attention divides among the larger number of menu choices.

Reviewers only have so many hours of reading time per day, and we all have to sleep sometime. (Darn it!)

But it means that in a month like this one, where there were so many reading choices, the ratings were very, very close. 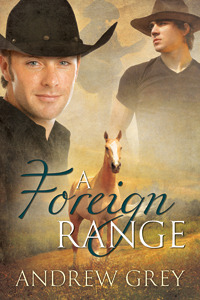 The first featured title this week is Andrew Grey’s A Foreign Range. While this is the fourth book in Grey’s Range series, reviewers say it’s not necessary to read the other three to get caught up. On the other hand, you’ll want to read the other three, because they’re just that good. Country singer Willie Meadows is so tired of faking everything “Western” in his image that he buys a ranch in big sky country, Wyoming, under his real name, Wilson Edwards. Wilson wants to find some reality behind the glitter his life has become. Along with the ranch he gets Steve, a destitute young ranch hand, on the run from a gay deprogramming cult run by his own father. Steve turns the broken-down place into a real ranch, a real home, and they start to make a real life together. The only problem is that Wilson has been really deep into the closet to protect his career. And Steve’s dad sends the cult to come and get him. 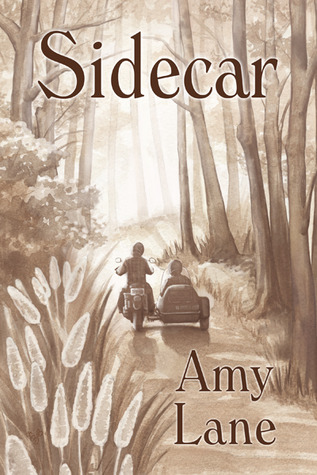 The second featured title is about a different desperate young man and a different rescue. In Amy Lane’s Sidecar, the young man is Casey, and he starts the story as a teen, thrown away by his parents for being caught having sex with another boy. If their attitude seems outdated, it hopefully is, but this story starts out in the 1980s. Casey is picked up by Joe, a nurse (unusual profession for a man in the 1980s, slightly less so now) as Casey is preparing to jump off a bridge. Joe offers him a home, and friendship. The chance to see that it will get better. It takes Joe a damn long time to realize that the boy he offered a hand to in the 1980s has grown up to become a man who loves him. 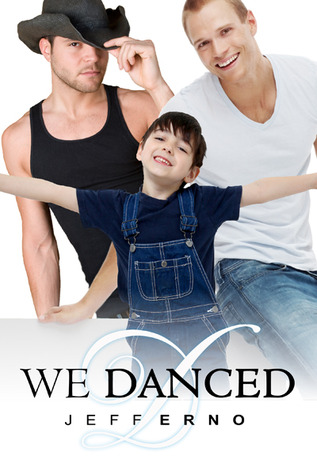 Last but definitely not least, except for the pint-size of one of the characters in the book, is We Danced by Jeff Erno. In a small-town in Kentucky, Rex Payton is raising his nephew Tyler and keeping his late father’s bar afloat. His parents and sister died suddenly, leaving him with the bar, Tyler and no time for romance. Especially since for the sake of a peaceful small-town life, Rex is firmly in the closet. At least until Josh, the new veterinary intern comes to town. Their instant attraction changes all their lives. Because the most important person in Rex’ life is Tyler. And the most important goal in Josh’ life is finishing vet school, which he can’t do if he stays in their little town after his summer internship is over. And eight-year old Tyler isn’t used to sharing his “dad” with anyone.  (Tyra at Guilty Indulgence rated this one as an “Ultimate Indulgence”)

This week’s featured books were pretty much tied. Which made it very difficult to use any sort of Olympic themed medals (darn!) Come back next week for the Samhain June feature and see if we can’t do better at awarding Gold, Silver and Bronze medals.