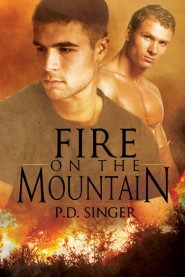 Take a break from academics, enjoy the Colorado Rockies, fight a fire now and then. That’s all Jake Landon expected when he signed up to be a ranger. He’ll partner with some crusty old mountain man; they’ll patrol the wilderness in a tanker, speak three words a day, and Old Crusty won’t be alluring at all. A national forest is big enough to be Jake’s closet—he’ll spend his free time fishing.

Except Old Crusty turns out to be Kurt Carlson: confident, competent, and experienced. He’s also young, hot, friendly, and considers clothing optional when it’s just two guys in the wilderness. Sharing a small cabin with this walking temptation is stressing Jake’s sanity—is he sending signals, or just being Kurt? And how would Kurt react if he found out his new partner wants to start a fire of a different kind? Jake’s terrified—they have to live together for five months no matter what.

Enough sparks fly between the rangers to set the trees alight, but it takes a raging inferno to make Jake and Kurt admit to the heat between them.

Bonus Short Story: Into the Mountains

Long before he met Jake, Kurt Carlson climbed Yosemite with his best friend, Benji. But after a storm traps them halfway up the face of El Capitan, Kurt has to accept that their friendship isn’t what he thought.

Jake Landon’s ready to hide from the world and his own sexuality for the duration of the fire season, a plan that would work a whole lot better if his new partner wasn’t seriously hot and wholly uninhibited. From the opening scene, where Kurt rinses off the sweat from firefighting in an impromptu shower to an unplanned trip into a chilly mountain lake to retrieve runaway groceries, Kurt’s clothes don’t stay on consistently. For two guys who aren’t exactly part of civilization, this shouldn’t be a problem.

Unless, of course, everything about your partner, from his little adjustments of your arm to correct your archery stance to the sight of his ranger-green utilities stretched tight across his butt while he’s climbing a tree gives you a raging case of lust. Poor Jake—he’s terrified to reach out for what he’s not entirely sure is being offered. At twenty-two, he’s only now coming to terms with his own desires and is almost completely inexperienced. 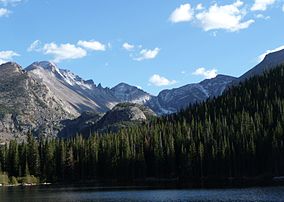 The unresolved sexual tension chases Jake through the national forest where he and Kurt patrol and on into the tiny mountain town where the local girls see them as romantic opportunities. The mountains, the town, and the people they meet are vividly drawn and very much a part of city-boy Jake’s new experiences, and the firefighting that Kurt and Jake occasionally have to do leaps off the page.

Matters come to a head when a fire goes out of control and they find themselves trapped in a small cave, unsure if they’ll be alive in twenty-four hours and with nothing else to do except sleep, swap stories, and discover exactly what’s on Kurt’s mind. If they live through this, there will be time enough to find out what’s next, and the scene that makes it possible made me cry every time. (I’ve read this more than once.)

Jake is the POV character throughout the entire story, and so we’re privy to his longings and terrors, and we see Kurt only though his eyes. Kurt’s something of a mountain man, experienced in the wilderness, although his occasional lapses in either good sense or skills keep him from being too heroic to his greenhorn partner. Kurt has his own scars and fears, which come out very gradually, and explain the slow build of the relationship and the difficulties they have resolving it. It’s sweetly done in and around the adventure, and the ending is the perfect lead-in for the sequels. 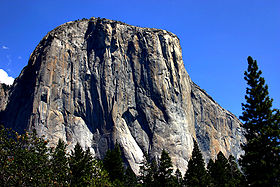 This story was originally released in shorter form by another publisher, which I have read, and can say that the expansions are appropriate and add dimension to the story. As part of the re-release, the author included an 11k bonus story in Kurt’s POV, which elaborates on a pivotal incident in his past, touched on briefly in the story. While technically it’s a prequel, it belongs in its current position after the novel in order to avoid spoilers on Kurt’s personality and motives. It’s also an armchair adventure for those of us who will never climb El Capitan. Into the Mountains makes Kurt’s eventual HEA with Jake that much more poignant.

Fire on the Mountain is the first of five loosely connected novels which will be coming out at two month intervals; the next (Snow on the Mountain) is due mid-August. Three will have associated bonus stories, all will have both trade paperback and ebook versions, and I hope they’re all as good as this one! Escape Rating A

One thought on “Guest Review: Fire on the Mountain by P.D. Singer”