What happens to us after we die is the province of religion and philosophy. The ones we leave behind go through an entirely different process, we grieve the loss. We mourn the hole that person has left in our lives; we heal the broken places, we eventually move past it.

But what happens when, out of a different kind of love, someone uses technology to short-circuit that grieving process? If you can stay in denial indefinitely, are you healed, or are you just broken differently? 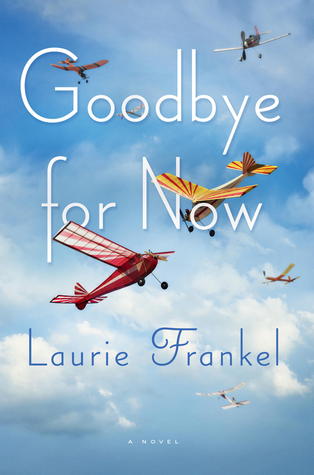 In Laurie Frankel’s latest novel, Goodbye for Now, she asks one of the biggest questions of all. What if love, with a little help from technology, meant that you really never did have to say goodbye? Would that be wonderful? Or terrible? Or both?

Sam Elling is definitely a genius programmer. It’s both the good news and the bad news. Like so many very geeky people, he’s great at the technical stuff, but not necessarily so good at the social stuff. Considering that Sam works for an internet dating company, it’s almost ironic. So Sam creates an algorithm that matches people with their soul mate, and it works perfectly. He knows it works perfectly because he uses it for himself first, and it brings him the love of his life, Meredith.

It also gets him fired. Internet dating companies thrive on repeat business. People who find their soul mates on the first try, well, they don’t come back.

Sam still figures he’s ahead. He not only got a terrific severance package, he got Meredith. He can always find another job, but another soul mate? Not a chance.

But Meredith’s love for Sam has come with a profound loss. At the same time that Sam walked into her life, her beloved grandmother Livvie stepped out of it. Livvie died. In the fullness of her years, but still, Livvie was Meredith’s rock, and now, Livvie is gone. 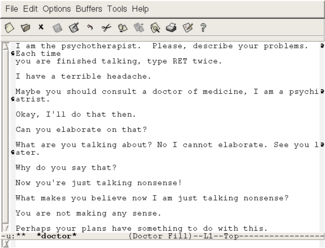 Sam has time on his hands, and Meredith wants Livvie back. Just a bit of her. Meredith wants to be able to email her and get a response, just like she used to do when Livvie was in Florida for the winter. There’s lots of email to work with, and well, it’s just another algorithm. And a little artificial intelligence. Sort of like the old computer program ELIZA, only more complicated.

And more addictive. Once Meredith gets that first email from Livvie, she’s hooked. She has her grandmother back. Livvie’s just in Florida. Merde (Sam really does call her Merde) knows it’s not really Livvie, but it sounds just like her. It does.

And Merde is happy again. And she wants to share the gift with other people who are grieving. From Sam’s need to help the woman he loves, suddenly they have a business ameliorating, (or is it extending?) the grief of hundreds.

Until it all crashes down.

Escape Rating B: Goodbye for Now sticks with you because of the questions it asks. As a love story, it is heartbreaking, but I’m not sure that was the point. I keep going back to what it says about those we leave behind, and how people deal with getting over the loss of a loved one.

You probably will have the same reaction I did when I finished, which was to go hug everyone you love (including petting any animals you have). Goodbye for Now definitely gets at that sense of how grief mows you down.

Then I started thinking, not so much about the tech as about the human side. The fascinating and scary thing about the tech side is that it will probably become possible sooner than we think. And would people become addicted to “emailing” the dead? Even knowing it wasn’t real? Heck yes, some people will get addicted to anything. Looking toward the past would be more comfortable than forging a new and scary future.

As a story, I think I was expecting more tech gadgetry and less contemplation. But the questions that Goodbye for Now asks about grief and the human response are profound and well worth contemplating.

One thought on “Review: Goodbye for Now by Laurie Frankel”