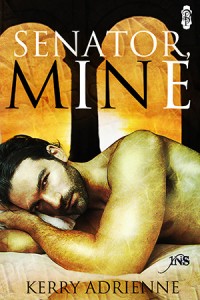 Eleanor’s romantic tour of Italy shatters when her long-time boyfriend dumps her in Pompeii. Hoping an evening with a handsome Roman might save her trip, she contacts Madame Eve at 1Night Stand, then goes out to explore, buying a small golden signet in a mysterious antiquities shop near the Forum.

Darius, a hard-working Senator in Ancient Rome, is puzzled by the Sibyl’s words: You will not find love in your lifetime. Following her directions, he spots Eleanor, a barbarian wearing his stolen senator’s ring.

A night spent together may be just what they both need to break down the columns of time that stand between them.

Decadent Publishing’s 1Night Stand series books have a fairly simple premise. Two people, occasionally using a fairly loose definition of the word “people,” contract with a mysterious being known as Madame Eve, or some name close to that, for one night of sex with their perfect match. The parties always think it’s just for one night, but Madame Eve is a much better matchmaker than they realize. What they find, for those willing to take a chance, is a lifetime of happiness.

But occasionally, Madame Eve faces a real challenge. When the Sibyl predicts that Senator Darius will not find love in his lifetime he believes he is condemned to live alone. Or live in a loveless, soulless marriage as so many of his fellow senators do in the Imperium of Rome.

Instead, the Sibyl tells him to meet with a mysterious Eve.

In the 21st century Eleanor has just purchased the Senatorial ring of Darius from an antiquities shop after contracting with Madame Eve. Eleanor, at least, thinks she knows what she’s getting into with her 1Night Stand, but she thinks it’s just a date. Or a date with benefits.

Eleanor was dumped by her chump of an ex at the beginning of her Roman Holiday. She’s discovered that she doesn’t miss the man, but she does miss the confidence he stole from her. So, a 1Night Stand it is.

But the Sibyl and the ring, with the help of Madame Eve (whoever or whatever she is) take   Eleanor and Darius outside of time, to a place where they can have their 1Night Stand, even though they should never have met. Ever.

He thinks she’s a barbaraian. She’s sure he’s pretending to be from Ancient Rome, that his ignorance of computers and modern conveniences must be an act, part of the setup.

And they are more comfortable with each other than either of them have ever been with anyone of their own time and place.

But once they figure out the truth, can they find a way to be together, forever? 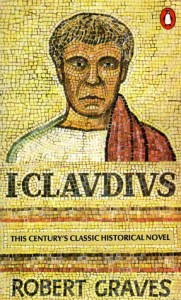 Escape Rating B+: This was delicious. Both Eleanor and Darius are well-developed characters, which is surprising but delightful for a story of this length. It helps a lot that Ancient Rome is a time and place that readers are familiar with, so it was easy to fill in the blanks (This is the I, Claudius period, give or take a bit)

While I wish this were longer, because I would have loved to explore more of the story at every point, it totally works. The reader understands the motivations for both hero and heroine entering into the 1Night Stand arrangement, and their exploration of each other is beautifully done, not just on the sexual side but also the emotional and cultural side as they figure out that they really are from different times and places, and that it doesn’t matter.

I really wish this was longer. I’d love to know how they worked things out when Darius got to the 21st century.

One thought on “Review: Senator, Mine by Kerry Adrienne”