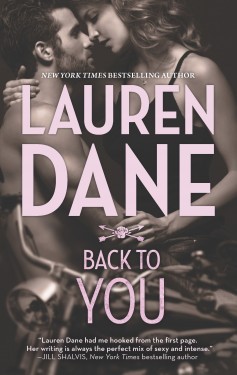 Former model Kelly Hurley has finally put the ashes of the past behind her. After a passionate but turbulent marriage to rock star Vaughan Hurley that ended in heartbreak and divorce, Kelly rebuilt her life in Portland, where she settled so their two young daughters could be close to their father. Just not so close Kelly couldn’t truly make her own way without interference from the man who shattered her heart. Now Kelly’s finally ready to move on, and she’s planning to marry another man.

But not if Vaughan has anything to say about it.

Vaughan knows he was a fool all those years ago. A young, selfish—and prideful—fool. Even as he buried himself in the fast, decadent rock star lifestyle, he could never drown out the memory of Kelly’s beauty and love. Or the sweet, searing heat whenever they touched. For years, he’s had to deal with the pain of seeing her only because of their daughters, but it was never enough. Now Vaughan must prove that he’s the only man Kelly needs, before he loses her for good. And there’s only one way to do it….

August is Romance Awareness Month, so it seems appropriate that the first review of the month is a romance title. Today’s review is also part of the End of Summer Blog Tour, which features, you guessed it, a whole lot of romances all month long. See yesterday’s post for the giveaway.

Back to You is the third book in Lauren Dane’s Hurley Boys series, As the title of the series suggests, the interconnected stories are all about the Hurley brothers, who also make up the hit rock band Sweet Hollow Ranch. 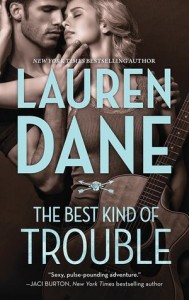 All of the stories are second-chance stories. In The Best Kind of Trouble (reviewed here) Paddy Hurley gets a second chance at love with the one girl he never forgot. Now that more than a decade has passed, he has a chance to discover if the chemistry they had so long ago still burns hot enough for the happy ending he never thought he wanted.

In Broken Open (reviewed here), oldest brother Ezra Hurley gets a second chance at life with Tuesday Eastwood, a young widow who is finally ready for her own second chance at love. Ezra just needs to finally realize that he has earned back the love and respect he lost when he took a dive into addiction, and that he deserves to be happy.

During both Paddy’s and Ezra’s stories we get glimpses of the events in their brother Vaughan’s slightly messed up life. Once upon a time, Vaughan was married to Kelly, but they were both much too young to make it work, especially in the middle of Sweet Hollow Ranch’s meteoric rise to the top.

Vaughan wasn’t ready to grow up. Neither was Kelly, but the birth of their first daughter forced her to be a parent whether she was ready or not. She hoped that a second child would pull together the pieces of their rapidly failing marriage, but that worked about as well as it usually does, leaving Kelly a divorced single-mother with two daughters and a broken heart.

Vaughan took a decade to finally grow up. He’s always been a good father to his two girls, but he also had a life on the road, and a house on his parent’s ranch. So it could easily be said that he still lived with his mother and never had to really face adulthood.

Kelly’s engagement to another man finally pulls Vaughan’s head out of his ass. He’s never stopped loving Kelly, and he’s pushed into the realization that if he doesn’t man up instantly, the love of his life is going to marry another man and his daughters will end up calling someone else “Daddy”.

So when Vaughan stops by the house to discover one of his daughter’s about to burst her appendix, he steps up and takes care of the family. His family. And by finally being the man he should have been all along, Kelly kicks the other guy to the curb. Not because of Vaughan, but because the idiot shows that his true colors don’t respect Kelly the way that she requires.

Basically, Mr. Almost Right shows himself to be a complete jerk. While Vaughan steps up to be a true partner in the care of his daughters, and Kelly has to ask herself whether indulging in the chemistry that has never burned out between them is worth the pain when he breaks her heart again.

It takes a lot of proving for Kelly to decide that it might be worth the risk to let Vaughan Hurley back into her heart, as well as into her bed. All it will take is for Vaughan to finally tell his family the truth about just how small a child and how big a jerk he was when their marriage ended the first time around.

Making Vaughan choose between his own mother and the mother of his children could be the worst mistake that Kelly ever makes – or the only way to have the life that she deserves. 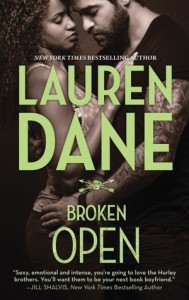 Escape Rating B+: I liked Back to You every bit as much as Broken Open, and quite a bit more than The Best Kind of Trouble. The tension in Back to You feels very, very real every step of the way. There’s no manufactured crisis the way there was in Best Kind of Trouble. Vaughan and Kelly have very real and very serious problems. They hurt each other a lot and over and over and for a number of years. They had a lot of trust at one point but Vaughan did an epic job at destroying that trust.

And groveling isn’t the solution. He needs to prove to Kelly, day by day and over and over, that he is ready to be her partner and not just a playmate.

One of the interesting things about this story is the way that it parallels Best Kind of Trouble. If Paddy and Natalie had attempted to stay together way back when they first met, they might have ended up like Vaughan and Kelly.

Another parallel is that all the women have real and serious parent problems. Natalie’s father and Kelly’s mother are both vicious and narcissistic users, of their daughters and anyone else who comes within their sick and twisted orbits. Tuesday’s problem in Broken Open is with her former mother-in-law, who is just as nasty as the other two, but had more time to screw up and over her late son than she did Tuesday. (Tuesday’s own mother is just plain awesome.)

It is ironic that Vaughan’s mother, is generally fantastic, but has been nasty to Kelly over the years because, well, Vaughan screwed that up for both of them and it’s one of the many things he has to make right before he can earn Kelly’s trust.

Although Vaughan is often the point of view character, this is really Kelly’s story. Not just because she has grown up into a fantastic person who Vaughan might not deserve, but because she also refuses to accept anything less than Vaughan’s respect before he earns her trust.

Also, unlike most romances, this is a story where the heroine is very, very clear that love alone is not enough. If Vaughan can’t prove he understands what he did wrong (and it was pretty much all on him) and can’t take care of all the other crap that he has piled up, Kelly shows that she is absolutely willing and able to kick him to the curb again.

In the end, I’m glad that Vaughan finally grew up. Because Kelly really deserves that happy ending. 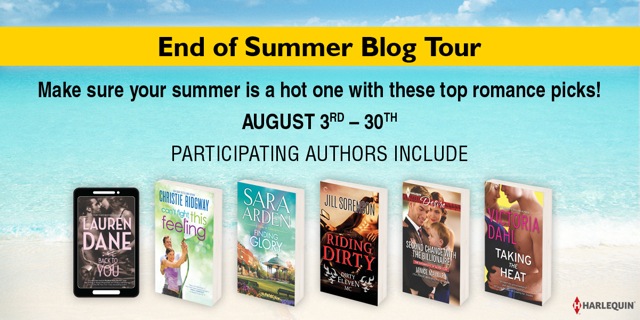 3 thoughts on “Review: Back to You by Lauren Dane”