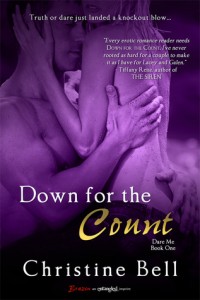 When Lacey Garrity finds her groom in flagrante delicto in the reception hall closet with her bridesmaid, she’s saved by her best friend’s older brother—childhood tormentor, crush, and boxing bad boy Galen Thomas. Galen’s solution is both exciting and dangerous. What better way to forget the mess of her life than go on her honeymoon with a hot guy who can’t promise anything beyond today?

Galen had been counting on Lacey’s wedding to put her out of reach—and out of his mind—once and for all, but their steamy Puerto Rican escape is testing all his boundaries. Now that Lacey’s embracing her inner bad girl, Galen is tempted to throw in the towel and claim her for himself. But with the biggest fight of his career on the line and an important business merger threatening to derail Lacey’s resolve, their romance might be down for the count before it even begins.

It’s not so much that Galen Thomas is a bad boy, so much that Lacey Garrity has been way too much of a goody-two-shoes for most of her life. Lacey has been so busy attempting to please her impossible mother, and everyone else around her, that she’s never let herself figure out what it is she really wants. She’s too busy being worried that something might go wrong, and that she’ll get blamed for it.

Lacey just knows that her mother (whom her friend Cat properly nicknames “The Admiral”) is going to blame her when she finds her just-married groom in the linen closet of their reception hall with her other best friend, Becca. And, oh yes, he was banging her bridesmaid. 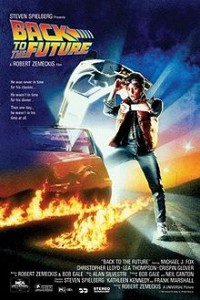 Lacey’s marriage to Marty the bridesmaid banger is so over. And it should be. (Men named Marty are so seldom any good. The last decent guy named Marty was Marty McFly. Back to the Future was a LONG time ago.)

But Lacey needs a quick rescue from the reception, before Mother Admiral swoops down on her. Enter Galen Thomas, who is not just her best friend’s older brother, but the guy she’s had a crush on since she was about 10. Of course, she’s not 10 anymore, and what Lacey feels is a lot more than a crush. But she’s been so beaten down by failing to meet everyone’s expectations that she can’t see what’s right in front of her.

She is way better than Marty ever deserved, and that Galen sees her as a whole lot more than just his sister’s best friend. When Lacey was 10 and he was 13, that would have made him a perv. But they’re all adults now, and he hasn’t seen her as just a kid for a long time.

But hitting on your sister’s best friend is usually a way for a guy to end up dead, in a manner of speaking. So Galen has tried to just be friends.

In the moment where Galen has to choose between getting Lacey out of that awful reception, and breaking every bone in Marty’s body, Galen chooses to save Lacey. And that’s where Down for the Count turns into a marvelous friends-into-lovers romance.

It’s also Lacey’s journey out from under the Admiral’s command. Because she has to get all the horrible messages from her mother out of her head, as well as get rid of her ill-considered marriage, before she’s ready to be in love with the man who has always wanted her.

Escape Rating A-: Christine Bell has written a terrific friends-into-lovers romance in Down for the Count. The opening scene at the wedding reception, where Lacey finds her erstwhile groom in the closet, just made you feel for Lacey, and want to deck Marty. But you can feel Lacey start to grab her own life for the first time.

Lacey is a “poor little rich girl” character, but once she starts to break from the mold, she really breaks out. At the same time, you do see her struggle. It’s hard to stop hearing all those little voices that tell you people will judge you if you don’t do everything just right. The author has captured her internal struggle excellently.

The central core of the story is Lacey and Galen’s romance, and it’s both steamy and sweet. Lacey’s always had a crush but never felt good enough, lively enough, pretty enough for him. And until they were adults, that three-year age gap was a yawning chasm. But now the timing is almost right. Watching them work for a relationship makes this story sing.

2 thoughts on “Review: Down for the Count by Christine Bell”