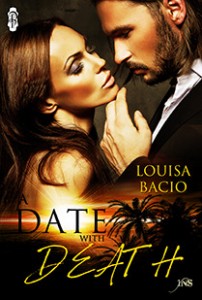 Death sucks. It’s boring, and there’s no chance of getting laid. Stuck in the waiting room of Heaven, Maise fantasizes about all the pleasures of the flesh she didn’t get to experience. When Maise discovers a business card for the dating service, 1Night Stand, she wonders if there’s still a chance.

Reece normally wouldn’t consider being set up, but after his brother buys him a certificate, he feels obligated. A romantic night on the Southern California coast, with the full-of-life Maise leaves him wanting more.

Will a 1Night Stand be enough to overcome death?

The trick, and sometimes it is a trick, with the 1Night Stand titles is to get the couple from meeting to happily-ever-after in the course (and definitely intercourse!) of one single night.

This doesn’t mean the couple can’t have met before, and it doesn’t mean that the HEA can’t be a work in progress at the end (the best 1Night Stand stories often use one or the other) but the story takes place in one night. And the author doesn’t have a lot of pages to work with.

First, throw any preconception out the window. This is a paranormal, just barely. But there are no vampires, werewolves or any other creatures of the night involved, in spite of the suggestions sparked by that title.

The story opens with the heroine, Maise, finding one of Madame Eve’s brochures for her 1Night Stand service. What’s unusual is that Maise finds it while she is waiting for her number to be called in Limbo. Literally, Limbo, as in the waiting room for death. The last thing Maise remembers is the oncoming car, the one that killed her.

Cell phone service apparently reaches to this other-worldly waiting room, but only if Maise punches Madame Eve’s number before her own number gets called. Ironic, isn’t it?

Maise figures that she might as well take one last shot at living, especially since she’s already dead. What she can’t figure out is how Madame Eve manages to rescue her from Limbo, even temporarily, or what the absolutely gorgeous and definitely very much among the living man, Reese, could possibly need a 1Night Stand for. It’s all too obvious to Maise that Reese shouldn’t need a computer dating service.

But Reese’s life has gone into a grief-stricken tailspin for reasons that he isn’t willing to reveal to Maise, and a night of passion with a beautiful woman is exactly what he needs. He wants to feel and not to think. Not to think about the brother he just lost, the one who gave him this night as a present, just before he died.

But Maise and Reese have a connection, and not just the instant-lust that they feel for each other the moment they meet. It’s that real-world connection that will be the saving of them both…if they are willing to believe in what they experience in just one night.

I find Madame Eve’s powers occasionally beyond belief, but the story works beautifully. My only regret is that it wasn’t longer. I’d love to know how things worked out for Maise and Reece. 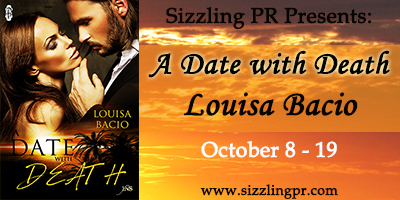 2 thoughts on “Review: A Date With Death by Louisa Bacio”