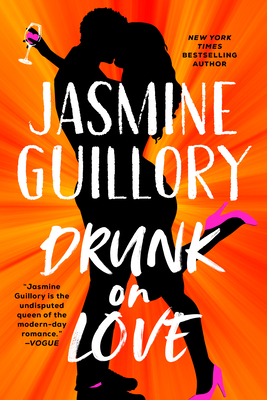 An intoxicating and sparkling new romance by New York Times bestselling author Jasmine Guillory. Margot Noble needs some relief from the stress of running the family winery with her brother. Enter Luke: sexy, charming, and best of all in the too-small world of Napa, a stranger. The chemistry between them is undeniable, and Margot is delighted that she lucked into the perfect one-night stand she'll never have to see again. That is, until the winery's newest hire, Luke, walks in the next morning. Margot is determined to keep things purely professional, but when their every interaction reminds her of the attraction still bubbling between them, it proves to be much more challenging than she expects.
Luke Williams had it all, but when he quits his high-salary tech job in Silicon Valley in a blaze of burnout and moves back to Napa to help a friend, he realizes he doesn't want to tell the world--or his mom--why he's now working at a winery. His mom loves bragging about her successful son--how can he admit that the job she's so proud of broke him? Luke has no idea what is next for him, but one thing is certain: he wants more from the incredibly smart and sexy woman he hooked up with--even after he learns she's his new boss. But even if they can find a way to be together that wouldn't be an ethical nightmare, would such a successful woman really want a tech-world dropout?
Set against a lush backdrop of Napa Valley wine country, nothing goes to your head as fast as a taste of love--even if it means changing all your plans.

The meet-cute that uncorks Drunk on Love is a classic for a reason. Strangers meet in a bar, at a party, or wherever – although in this particular case it’s a neighborhood bar with excellent drinks and great food. They strike up a conversation on one pretext or another and simply hit it off in a way that neither of them can resist.

So they don’t. A great meal, a fantastic night, and a not too terribly awkward morning after and then they’ll never see each other again. Or so one or both of them believes.

Then they do meet again, later that morning after, in the most awkward way possible. And so it begins.

In the case of Margot Noble and Luke Williams, what makes that awkward morning after into an even more awkward gift that is just going to keep on giving – at least for the reader – is that the new job that Luke walks into in the tasting room of a local winery turns out to be the family winery belonging to Margot and her brother Elliot.

Elliot Noble is the winemaker, Margot Noble is the business manager, which means Elliot mostly gets to work behind the scenes, while Margot is out front, managing the finances, drumming up business, schmoozing restaurants to get them to offer and promote Noble wines – and, you guessed it, running the tasting room at the winery.

In other words, Margot is Luke’s new boss. Which is where this romantic comedy kicks into high gear – and sometimes even gets drunk on the Noble Family Wineries’ products. Because neither of them can forget the best night either of them has had in a long, long time – if ever. And they both know it can’t happen again as long as Luke is working in Margot’s tasting room

But they both want it to. So, so bad. Because they already know it’ll be so, so good. If they can just find a way to make it – or let it – happen.

Escape Rating B: I loved the way that Drunk on Love started, and even more so as Margot was a bit older than Luke which is one of my favorite tropes.

Very much on my other hand, this one middled in places that aren’t necessarily my cup of tea – or that I just wasn’t in the mood for at the moment, leaving me with some mixed reading feelings.

The kickoff for this was a winner. Absolutely. There’s always something delicious in a forbidden romance but there are few non-squicky ways to make that happen in the 21st century. This is one that works.

That there is a certain amount of deception in this kind of romance is a given. What drove me bananas about the story wasn’t so much the coverup of their relationship but rather the lies they are telling themselves about pretty much everything else.

Luke is back home in Napa because he burned out at his high-paying, high-powered, high-tech job but can’t manage to tell anyone about it – in some ways, not even himself. So in order to cover that up he covers up more stuff until he’s at the bottom of a pit of lies and just can’t seem to stop digging.

Margot, on the other hand, is doing very well in her position but can’t believe that her brother thinks she is or even wants her there. Their relationship is filled with nothing but tension that might or might not still have a cause. They’re in the middle of a giant misunderstandammit and can’t seem to find a way clear of it. 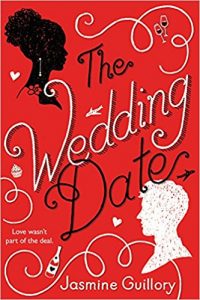 It’s not just that Margot and Luke are standing in their own ways, but that the way they are doing so stands in the way of any potential future happiness. It’s hard to watch these two very sympathetic and likeable characters flail around at reaching their HEA, but once they do it’s very much earned.

So if you like a bit of angst mixed with witty banter between a couple of really great people who need a few good swift kicks to move them to an HEA, try a glass – or a chapter or two – of Drunk on Love. If you prefer the witty banter in your romcom to be undiluted, grab a copy of the author’s The Wedding Date – a bubbly delight from the very first sip to the last. 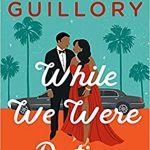 4 thoughts on “Review: Drunk on Love by Jasmine Guillory”