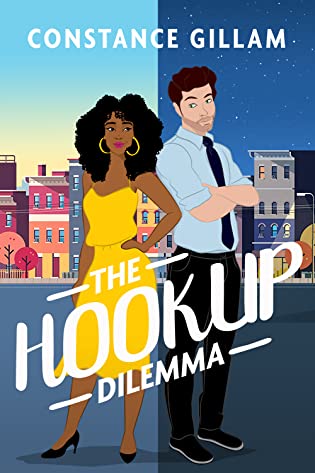 Perfect for fans of Jasmine Guillory, this laugh-out-loud #OwnVoices story proves that sometimes the least perfect arrangement can lead to something perfect for them.
Rashida Howard has never been a one-night-stand kind of woman, but she has good reason for making an exception with Elliott after meeting him in a bar. Cliché? Yes. Utterly amazing? Absolutely. Regrets? None.
Elliott Quinn is a workaholic. The one night he decides to break his routine, he has an encounter with the woman of his dreams. But no matter how amazing they are together, work will always come first.
Both of their lives get turned upside down when they find themselves on opposite sides of an ongoing fight between Elliott’s company and Rashida’s community. Though their chemistry is undeniable, neither of them will risk their integrity…or their heart.
And just when they think they might have found a solution that benefits both sides, they uncover a secret that will change everything.

One way of thinking of The Hookup Dilemma is as a sexing-to-love romcom. The title certainly leads in that direction. But it’s not nearly that simple a story to describe, to the point where I might need some arithmetic notation or something similar. Because it’s more like sex to enemies to (frenemies AND lovers) to (frenemies OR lovers) to an HEA so big it encompasses an entire community.

It all begins with that hookup. An instant connection that leads to an evening of very hot sex with no strings attached and no plans for doing it again. Not that they didn’t do it plenty of times that night.

The thing is that both Elliott and Rashida want to do it again – and not JUST the sex. With each other. As often as possible. A possibility that intrigues Elliott and scares Rashida to the point where she does a nearly literal midnight flit, leaving a sleeping Elliott in a suite in the Ritz Carlton in downtown Atlanta. They know nothing about each other except their first names and that they’ve just had the best sex of their entire lives.

She never expects to see him again. She’s not interested in a relationship. He’d love to see where their chemistry might lead them, but he has no leads on her identity and not nearly enough information to get any.

When they meet again it’s a case of worlds colliding the way continents collide through plate tectonics, complete with the earth shaking and volcanos rising to spew molten lava. They meet at a Zoning Board hearing in the neighborhood where Rashida grew up and where her beloved grandmother still lives. Rashida, her Grammy, and Grammy’s neighbors are there to protest the zoning change to convert a parcel in their neighborhood to commercial use. The plan is to bring in high-end stores like Whole Foods – stores that the neighborhood of mostly retired senior citizens on fixed incomes won’t be able to afford to shop at. It’s the opening wedge of gentrification and everyone knows it.

The request to rezone was made by the new owner of the property, the construction company owned by Elliott’s father. Elliott is stuck carrying the ball on this project for his old man, who is recovering from a massive heart attack. And the company needs this project to succeed in order to get itself back on track after years of questionable financial decisions – made, of course, by Elliott’s father.

Elliott is caught between a rock, a hard place, and a community that plans to stonewall him every step of the way. He’s torn between pursuing a relationship with Rashida and keeping the peace in his relationship with his steamroller of a father.

Rashida’s all in on saving her grandmother’s home. She may be falling for Elliott, but her grandmother was there for her when she needed a refuge and a place to heal. Now it’s her turn to support her Grammy.

Rashida knows exactly what she wants, even if she’s having a bit of difficulty figuring out how to get it. Elliott has been too busy reacting to his father’s demands – his entire life – to completely figure out what he wants for himself. Let alone stick to it. But Elliott has to decide whether what he really wants to do is cave into his father one more time, or stick to his guns, get his father to retire before he has ANOTHER heart attack, and go all in with Rashida on a project that will actually help the neighborhood instead of bulldozing it.

Because if he doesn’t “man up” he’s going to lose it all, one way or another. 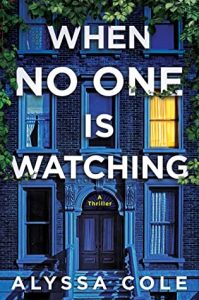 Escape Rating A-: The blurb is correct that this does have a similar feel to many of the books in Jasmine Guillory’s Wedding Date series – particularly The Wedding Party. It also has more than a touch of Alyssa Cole’s When No One is Watching, which is a suspense thriller about gentrification of a neighborhood not unlike the fictional Millhouse.

So this is kind of what When No One is Watching would have been if the author had written it with her romance hat on instead of her thriller hat.

This is also one of those stories where the tension keeping the couple apart isn’t a will they/won’t they? They already have and they can’t seem to stop from having each other again every time they’re alone.

Instead, this is a story about herding the elephant out of the room so they have a chance. Which is really difficult to do if they aren’t both ready to lay hands on that elephant and PUSH!

What makes this book so good is that once the story gets past the meet-cute, the issues that they face together and separately are very real and very much in the way.

All of that is a very real struggle. Forms of that struggle are happening everywhere, all the time.

Elliott’s issues are, in some ways, a lot smaller than Rashida’s, but in other ways a whole lot bigger. In comparison, honestly, the idea that it’s Elliott’s father’s company going bankrupt because of his father’s poor business decisions vs driving Rashida’s grandmother and her friends out of their homes, Rashida’s situation feels more serious.

Underneath that, however, is Elliott’s very real fear that if he can’t get his father to slow down and obey his doctor’s orders the man is going to have another heart attack and die. Really, really, soon. But that doesn’t mean Elliott should keep kowtowing to the man when he’s so clearly in the wrong and so completely unwilling to listen to any advice from anyone at all. Which is a huge chunk of what caused that heart attack in the first place.

So the issues that keep Rashida and Elliott are not simple, and the solutions are not going to be easy. Reaching for them is going to cause a LOT of short term trouble in order to reach a long term HEA.

And that’s what made this story so very appealing. Read it for yourself and see what I mean!