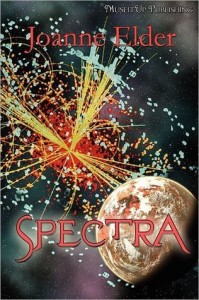 Light years away from Earth a mining exploration crew makes an amazing discovery…intelligent life comprised entirely of energy. This living energy is so pure and unique, it could provide proof of the existence of the human soul. Those exposed to the entities gain unimaginable cognitive abilities but at a terrible cost.A rogue scientific group will do anything to maintain their mind-enhancing gifts, even if it leads to the destruction of the peaceful beings. Only two people stand in their way, and they will sacrifice everything to end the slaughter.Could the quest for the secrets of life lead to the creation of true evil; one so dark it threatens to tear down the walls of sanity and redefine our very existence?

On Star Trek, alien life almost always looked pretty much like us–bipedal, humanoid, and pretty generally human-shaped as well. There were occasional variations, like blue skin and antennae (remember the Andorians?) but the alien races were limited to the human actors. 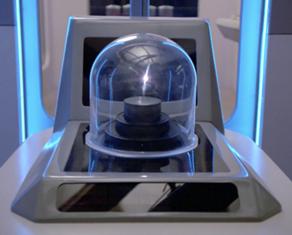 One notable exception was the Next Gen episode “Home Soil“, where the aliens discovered by the terraformers turn out to be silicon-crystal based. They are tiny beings, but they are physical. And the proposed terraforming of their planet will kill them.

I raise this example because it bears some similarities to the story in Joanne Elder’s Spectra, but Elder has added multiple layers of complexity to her tale. On Spectra, the planet, a mining exploration group discovers a planet rich in minerals, and something extra–a life form that is pure energy.

It is also purely several other things: purely good, purely curious, and purely able to enhance the intellectual capabilities of the humans who come into contact with it. There’s only one problem. As the energy forms are absorbed by the humans, they die. Our enhancement comes at a great price to the tiny energy life forms. Hundreds, thousands of them die to enhance one human. And the process needs to be repeated or the human fades back to what they were. It’s somewhat addictive to go from being average to being DaVinci. Or Einstein.

Once their curiosity is sated about the physical beings who have invaded their world, they beg the humans to leave. Of the six people in the mining group, four agree to leave and declare the planet off-limits, two disagree but seemingly bow to the will of the group.

Then people start dying. Because those two who disagreed, well, one of them, Ivan, finally found himself smarter than everyone else for the first time in his life, and he just wasn’t willing to let that feeling go. So he went back to Spectra, and brought back some of those aliens. Just to augment himself and a few select friends. And get research grants. And get rich.

And kill anyone who might stand in his way. Including the four people who said no.

But as Ivan got smarter, his plans and plots got more convoluted. Back to Star Trek, as Scotty famously said, “the more they over-think the plumbing, the easier it is to stop up the drain.” Especially since those entities are very, very unhappy about the whole situation, and even without bodies, have ways of making their displeasure felt.

Escape Rating B+: There’s a lot going on in Spectra, and all of it is fascinating. The discovery of the entities, and what they do to get themselves freed makes for one cool story. As part of the plot to keep the whole situation with the entities under wraps, Ivan’s machinations to get one of his colleagues from that mining expedition framed for murdering another, and how that all finally goes to smash makes for an exciting and harrowing prison break story.

When we meet our first aliens, how will we decide? 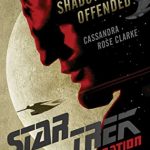 One thought on “Review: Spectra by Joanne Elder”