This Giveaway Hop was organized by Reading Romances!

I’m going to tell you a little story about our first Valentine’s Day together.

You see, we were actually supposed to be spending it apart. We both traveled for our jobs, and I was supposed to out of town that week. I think upstate New York. Galen was in the office. We were pretty bummed. Well, I was pretty bummed. Guys don’t make as big a deal about these things. 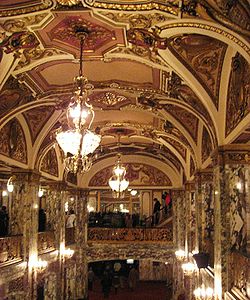 We had tickets to see The Producers with Nathan Lane and Matthew Broderick. This was the pre-Broadway run in Chicago at the Cadillac Palace. I don’t know how I scored tickets. Just lucky, I guess.

During intermission, I left our seats. We were on the mezzanine. Coming back, I tripped and sprained my ankle. Pretty badly.

But this was the pre-Broadway run of The Producers. It was sold-out. If we’d left, there were NO LATER TICKETS. Except in New York. 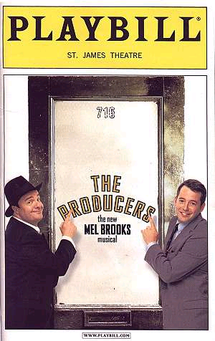 By the time the show was over. I had a teensy little problem. I couldn’t walk. My ankle was  totally wrecked. And we were on the mezzanine. Those were great seats. And totally inaccessible.

Eventually, the paramedics showed up, after the theatre had emptied. They had to…insert embarrassment here…take me down in a fireman’s carry. It is not as much fun as it sounds having four people carry you because you were too stubborn to leave the theatre.

But the show was fantastic!

And my trip to Upstate New York got cancelled. I really couldn’t walk without a cast for several days. But there was a downside.

We lived in a third floor walk-up. Galen had to fetch and carry for me for a week. So we got to be together after all for our first Valentine’s Day!

That’s my Valentine’s story. What’s yours?

What you can win here: $10 US Amazon Gift Card