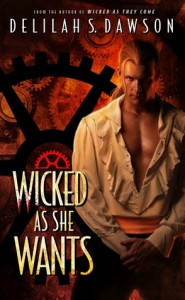 When Blud princess Ahnastasia wakes up, drained and starving in a suitcase, she’s not sure which calls to her more: the sound of music or the scent of blood. The source of both sensations is a handsome and mysterious man named Casper Sterling. Once the most celebrated musician in London, Sangland, he’s fallen on hard times. Now, much to Ahna’s frustration, the debauched and reckless human is her only ticket back home to the snow-rimmed and magical land of Freesia.

Together with Casper’s prickly charge, a scrappy orphan named Keen, they seek passage to Ahna’s homeland, where a power-hungry sorceress named Ravenna holds the royal family in thrall. Traveling from the back alleys of London to the sparkling minarets of Muscovy, Ahna discovers that Freesia holds new perils and dangerous foes. Back in her country, she is forced to choose between the heart she never knew she had and the land that she was born to rule. But with Casper’s help, Ahna may find a way to have it all….

Have you ever wondered what happens to the failed member of a love triangle? Especially when it’s a truly epic fail?

Wicked As They Come (absolutely awesome, see review) introduced us to the world of Sang, a world sort of parallel to our own, one that we can go to when we dream, or if we have the misfortune to end up in a coma.

Tish Everett was called there by circus owner Criminy Stain because she was his one true love. Casper Sterling found himself there because in our world, Casper’s love of fast motorcycles left him in a coma.

Casper falls in love with Tish, or thinks he does. Tish almost loves him back, but not quite. Her future is with Criminy, even though he isn’t human, like her and Casper. Criminy is a predator of Sang. He’s a Bludman.

Losing Tish breaks Casper, and he begins his long, slow slide into despair and other dark places. But in Sang, Tish is a fortune-teller. Truly. And the fortune she tells for Casper is that after he has lost everything, he will find his true destiny.

In the basement of the absolutely most disgusting dive in London, a Bludwoman wakes up in a suitcase to the sound of Casper Sterling, “The Maestro” himself, playing “Hey Jude” on a harpsichord…and she tries to kill him. But Princess Ahnastasia discovers that he doesn’t care if she kills him, and he doesn’t quite smell edible. Then he cuts her and drinks a bit of her Blud.

Smart and dumb, both at the same time.

He’s also completely debauched, incredibly handsome, and surprisingly willing to help her reclaim her birthright from the witch who drained her and packed her in a suitcase four years ago.

Ahnastasia is the rightful Tsarina of Freesia, and she wants Casper to help her depose the witch who killed her family and stole her kingdom. He cares so little for his life and his future that he decides to help her.

As far as Casper is concerned, one crazy way to die is as good as another. As long as he’s distracted as he goes, he doesn’t care. Until he discovers that he does.

Escape Rating A-: Wicked As She Wants is wicked good. Now that I’ve got that out of my system, we’ll move on to the review.

Ahna is a royal bitch. She was raised to be, and she certainly fulfills her role. Part of the story is Ahna discovering how not to be quite so much of a bitch, and that people (using the term loosely) are worth caring about. She learns a bit about walking in someone else’s shoes, or at least their kidskin slippers.

The third wheel in this story, the orphan Keen, is a neat addition. Keen latched on to Casper because they are both “Strangers”, people from our world, but Keen wants him to be Good, and Casper has been Bad for quite a long time. On the other hand, Keen is the vehicle that helps both Ahna and Casper grow up and learn, or learn again in Casper’s case, to care about others. 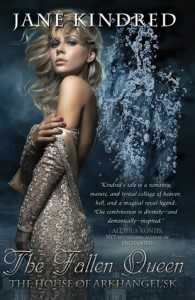 **Reviewer’s note: If you are particularly fascinated by the dark and decadent alternate Russia portrayed in Wicked As She Wants, I also highly recommend Jane Kindred’s The Fallen Queen and The Midnight Court.