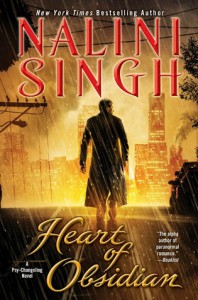 A woman whose very existence has been erased.

A love story so dark, it may shatter the world itself.

A deadly price that must be paid.

The day of reckoning is here.

As many reviewers have already stated, it is almost impossible to review Nalini Singh’s Heart of Obsidian without giving at least some spoilers about the story. The author has posted the first two chapters of the book on her website, so the identities of the hero and heroine are well-known by this point.

I’m going to try to not to spoil the rest of the story too much, but I’m also waiting a week to post this review. Those of us for whom the Psy-Changeling series is an auto-buy (and yes, I’m waving my hand enthusiastically at this point) have had a chance to devour it by now. 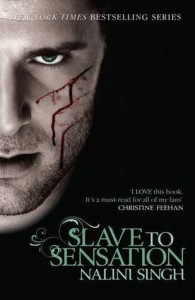 If you enjoy multi-layered paranormal romance, and have not started the Psy-Changeling series yet, go out and get a copy of the first book in the series, Slave to Sensation. What are you waiting for?

About those layers, the Psy-Changeling series has three, at least. Or at least three that keep twining through each book. There is always a love story, and the couple who find their HEA make or break each book.

But, because the overall future setting of the Psy-Changeling series starts out with three variations on the human race that don’t necessarily interact much, one of the underlying threads of the series is the increasing amount of inter-racial harmony, and the level of backlash that some reactionary elements incite as a result.

There is probably something fitting that the story takes place in a future version of the San Francisco area.

When the whole series begins, the three “races,” the shapeshifter changelings, the emotionless but psychically powerful Psy, and the original recipe humans, don’t interact much. To say that there is a circle of misunderstanding, mistrust, and fear is not an exaggeration. Both the Psy and the Changelings believe that they are superior, for totally different reasons. Us poor average humans have the short end of the stick. 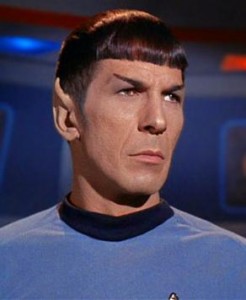 But the emotionless Psy are a lot like Spock in Star Trek, it’s not that they don’t have emotions, it’s that they are ruthlessly taught to suppress them, through something called the Silence Protocol. The third leg of this series-long story is that the century-old Silence Protocol is rotting from within.

After all, emotionless beings do not commit mass murder in order to defend the belief that their race should remain emotionless. That level of fanaticism is just another emotion.

Escape Rating A-: This story centers on the love story and the continued rot of the Silence Protocol.

The love story was intense on a number of levels. Because the hero is a telekinetic, he quite literally made the earth move, or at least made all the furniture fly around. It made for one of the neatest expressions of sexual intensity I’ve read in a long time. All the glass breaks…in the entire house. Wow!

The exact nature of the heroine’s psychic talent was kept secret for at least half the story. This was partially because she had forced herself to forget it during torture, but it ended up torturing me as the reader. The hero knew, as it was the cause of her capture and their separation.

The identity of the “The Ghost” is revealed, and it was anti-climactic. I think most readers have guessed by now. We’re pretty much running out of still sane and still living options by this point in the overall story.

There’s a big political story going on. The Silence Protocol has been failing for several books now, so that’s not a secret. The question that is asked over and over in this book is what is going to happen when it finally collapses and who or what (and how much) is going to control the Psy afterwards. That part of the story fascinated me even more than the love story.