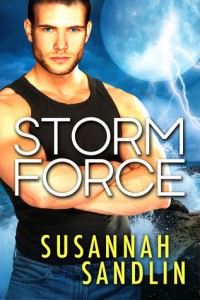 As leader of the elite counter-terrorism team Omega Force, former army ranger Jack “Kell” Kellison is always focused on getting the job done. So when a Houston high-rise is bombed and the governor killed or missing, Kell’s mission is clear: infiltrate the group suspected of the bombing and neutralize the threat by any means necessary. But once Kell meets beautiful chief suspect Mori Chastaine, he realizes there’s more to this case than meets the eye. And more to Mori than any man—any human man—could imagine.

Mori Chastaine is running out of options. Suspected for a crime she didn’t commit, forced into a marriage she doesn’t want, she sees no escape—until Kell walks through her door. A lifetime hiding her true nature warns her Kell might not be who he seems. But he could be the only one able to help save more innocent humans from becoming pawns in an ancient paranormal power play. If Mori reveals her secret, will Kell join her fight? Or will she become his next target?

Let me say up front that I had two problems going in to my read of Storm Force. I really, really, let me emphasize this, really wanted this to be Cage’s story. Frankly I wanted it to be his HEA in Omega (reviewed here), and it wasn’t, so I want to see his story pretty badly at this point, and it looks like I’m waiting until sometimes in the fall. Color me annoyed on that score, especially since I bought the book.

The plot also had some similarities to another military romance I read not that long ago, in that the hero was having a difficult time dealing with having been forcibly discharged by injury, and couldn’t figure out whether this private contract thing, with or without the paranormal aspect, was what he really wanted. The villains in both cases also have a “bwahaha” aspect.

Let’s just say that Storm Force turned out to be way better than that other book, superficial resemblances aside.

Storm Force does take place in the world created by Sandlin’s Penton Legacy series. It’s kind of a side-sequel. All of the Penton Legacy has taken place, but those characters don’t appear. At the end of Omega, Randa Thomas’ military (and still human) family creates a joint human/vampire paramilitary task force as part of the deal that resolves the story.

The hero of Storm Force is the leader of one of those joint teams, but in the couple of years after Omega, more than just vamps have joined the strike teams. The all-too-human Jack “Kell” Kellison has both eagle and panther shifters on his team.

Which makes it a bit unbelievable that he doesn’t even guess that the person-of-interest his team is sent to investigate is also a shifter, even if she’s a shifter of a species that everyone believes is extinct.

What the FBI (and everyone else) does believe is that she is either responsible for a downtown Austin bombing, or being framed for it. The question are why would a known, non-violent environmentalist suddenly turn extremist? Or who would hate her so much that they would kill over 200 people just to get her attention?

The answers require more shifts in his thinking than Kell could have ever believed possible.

Escape Rating B: As I said, this book had to win me over, because I wanted it to be something other than it was. It’s a lot different in tone Sandlin’s Penton Legacy series, with more of a military romance layer on top of the suspense. It’s also a glimpse of the rest of the world that the vamps and shifters live in post-epidemic.

Kell and his unit are definitely an interesting group. Robin, is the star of the show, she’s an eagle-shifter and absolutely snark-tastic. She loves pushing everyone’s buttons, not just because she’s the only woman, but also because she’s different in other ways. She’s the only bird-shifter in the group too. She lives to defy expectations.

Our hero, Kell, fits the wounded warrior to a “T”. He’s on the fence about having surgery to repair what can be repaired in his spine. He’s going to have to make changes in how he fights. He has to recognize that his best contribution to a team that includes shifters (all of whom are stronger than he is!) is his tactical brain and not his brawn.

He’s never risked his heart before, but the first time he meets the heroine, he knows that she can’t be the bomber. Which doesn’t mean that she’s not the focus of whatever is going on.

Mori is the heroine, and she is the focus of events. I had a bit of a problem with her. She’s trying to be both Alpha female and Omega shifter at the same time, and those signals mixed. Also she doesn’t seem to realize that the villain is psycho, and could not be reasoned with. He just bombed a building to get her attention, which should have spelled it out for everyone!!!

There were one too many final battles to get this one resolved. It took a ton of resolution for Mori and Kell to figure out not just that they loved and needed each other, but how their relationship was going to work. And then they had to have a second epic battle with the big crazy. In the middle of a hurricane on a remote island. And he should have been put down a lot sooner with a whole helluva lot less fuss.

But I still read Storm Force by carrying my iPad around the house because I couldn’t put it down. I just hope Robin’s story is coming up next.