I’d like to welcome Susannah Sandlin, also known as and writing as Suzanne Johnson, back to Reading Reality! Because I always love her books, I usually jump on the chance to get a guest post from Susannah whenever she has a book on tour, whatever name it happens to be written under. If you like urban fantasy, start with Royal Street, the first book in her Sentinels of New Orleans series as Suzanne Johnson. If you prefer paranormal romance, visit the vampires of Pentonville in Redemption, the first book in her Penton Legacy series as Susannah Sandlin. And if you prefer your romantic suspense to be more-or-less firmly grounded in the real world, you can’t do better than starting with today’s review book, Wild Man’s Curse.

And now, here’s Susannah to talk about her turn to the fully-human side of the romantic force!

In Praise of the Human

Most—okay, all—of my early work was paranormal in nature—urban fantasy as Suzanne Johnson and paranormal romance as Susannah Sandlin. So when, under my Susannah Sandlin pen name, I branched out into romantic suspense, I feared it might be hard to “go human.”

I’d had a taste of it in my standalone STORM FORCE, where I had a team of former Army Rangers and shifters of various species working together to solve a case of domestic terrorism. In that case, I had to find a way to make my human Ranger hero, Kell, be able to hold equal ground with the shifters who report to him and the heroine, Mori, who isn’t exactly human herself.

It was that book that convinced me I could do romantic suspense. The plots of my Susannah Sandlin paranormals have always been fast-paced and conflict-driven—I’ve called them paranormal romantic thrillers in the past—so the only difference between the books I’d written in the past and the romantic suspense novels was the absence of paranormal elements.

Even the characters aren’t so different. In a good paranormal, the characters are complex. My Penton vampires have ugly pasts, dark secrets, deep emotional wounds—the same things my human heroes have (well, minus fangs and a very high-protein liquid diet). They’re as vulnerable as humans in some ways—a vampire caught in the daylight can’t defend himself, of if he’s found during his daysleep. Humans are omniphotounsensitive. (Yeah, I made up that word.)

Except even in my romantic suspense novels, I’ve never quite been able to get completely away from mystical elements. My first romantic suspense, LOVELY, DARK, AND DEEP, dealt with a relic stolen from the Knights Templar, whose lost treasure is one of the world’s great mysteries. The second, DEADLY, CALM, AND COLD, tackled the mystery of the Royal Crown Jewels lost by England’s Bad King John (of Robin Hood fame) shortly before his death in the 13th century—were they stolen by a monk? By his entourage? Stashed away for safekeeping before the landowners could have him dethroned?

When it came time to plot the first book in my new series following a team of Louisiana Department of Wildlife and Fisheries enforcement agents—think badass game wardens—I knew I had great alpha hero potential and could create complex heroes and heroines similar to those of my paranormal books. But again, I had to bring in a touch of the mystical.

In the case of WILD MAN’S CURSE, it’s the voodoo and Native American mystical elements that come into play. It’s never a given as to whether the rituals of the voodoo practitioner Eva Savoie and her great-niece, heroine Celestine Savoie, are true—but they are true to those characters. And since Celestine is part Chitimacha, a Native American tribe indigenous to South Louisiana, she brings some of their mysticism into play as well. Does it qualify as a paranormal element? In a way, I suppose. Although Eva and Celestine are certainly human, their beliefs help define them and strengthen them—as all belief systems do. And the fact that the villain in the novel fears Celestine’s beliefs, even if he doesn’t share them, gives her an advantage.

Strong heroes, smart heroines, cool stories. It’s what I try to imbue in each of my books, whether the characters are wizards, vampires, shifters, undead pirates—or completely human! 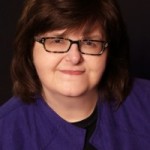