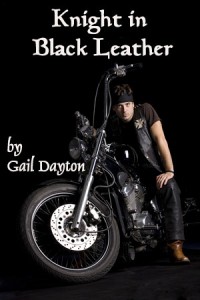 A chance meeting on the dark winter streets of Pittsburgh brings widow Marilyn Ballard face to face with streetwise young biker Eli Court when he scares off a trio of wannabe gangsters. Later, she returns the favor, rescuing him from a beating, and their encounter becomes a chance to grow and heal from the pain scarring both their lives.

Marilyn’s family disapproves of the relationship because of Eli’s disreputable past, as well as their age difference. That past life–years spent in the deepest cesspools of the city–reaches out to pull Eli back into its depths, and he fears dragging Marilyn down with him. But she refuses to let him face his past enemies alone, even when his vow to protect a young boy exposes the still-open wounds of her heart, and puts them all in danger. Can they build a new life together, or will those long-denied secrets pull them under?

This is a story about two people who rescue each other. And keep on doing it over and over until they can’t resist falling in love, in spite of all the reasons why they supposedly shouldn’t.

Marilyn Ballard is a 39-year-old widow. Most of her family thinks she’s crazy for closing up the suburban house she lived in with her dead husband and moving to a tiny apartment in the city. She’s also started literacy tutoring at an inner-city youth center. The problem is that she forgets to go home at night because there’s nothing there.

Enter Eli Court. He’s 25 and trying to protect the mother of his son from too many bad things on the streets that he’s left behind. He’s not even with her any more, but he helps her out to keep the kid safe. Safer. But when he spots a bunch of would-be muggers glomping onto Marilyn one night, he can’t seem to stop himself from stepping in to save her. Eli doesn’t recognize that saving people is what he does.

She circles back that night because she forgot something, discovers a different bunch of gangbangers beating on Eli with baseball bats and tire irons, and she saves his ass with a judicious amount of horn honking and headlight flashing. In spite of his best attempts to throw her off, she won’t let up until she not only takes him to the nearest hospital, but until she gets him home, too.

She brings him home with her, even after he tries embarrassing her by claiming to be her lover. He wants it to be true. She can’t believe he could mean it. He’s young enough to date her college-age daughter, and she knows it. But he saved her that night, and now it’s her turn to help him with his broken arm and leg.

And Eli needs someone to give a damn about him. He needs someone to be there for him. And he likes riling her up and watching her blush and stammer. Their age difference doesn’t matter to him.

But all of it matters to her family. Even though all that’s happening is that she is helping him, everyone reacts as though something obscene is going on–as if something could be going on. Both Marilyn and Eli are over the age of consent, and both are single. Marilyn has been a widow for 4 years. It should be her business, but it’s not.

Everyone interferes and does it badly and nastily and destructively. No one can hurt you like family, and Marilyn’s does nothing but prove that. Eli supports her, and she supports him.

As Eli physically heals, both he and Marilyn reveal secrets to each other that help to explain why this relationship can and should work. Even as more and more outside forces try to tear them apart–one way or another.

Escape Rating B+: This was an amazingly solid romance that did a terrific job of selling the reason why these two people made sense together. 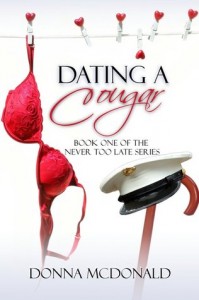 Any time there’s a significant age difference between the hero and heroine, whichever direction it goes, the author has to handle (or should) how the couple deals with the experience gap. This is particularly true when the woman is older. In real life, this has to happen either way, but in a romance, it frequently gets glossed over if the man is older, but highlighted if the woman is older. Eli’s life has been hard in ways that have made him not just mature for his age, but have given him a ton of tough crap to deal with. (Laura Leone’s Fallen from Grace tackles this same problem in a similar fashion, Donna McDonald’s Dating a Cougar gives her hero a military career-ending injury to “toughen him up”. Both stories are awesome, but Fallen goes dark and Cougar goes for the laughs.)

One part of the story that was difficult to read was the way that Marilyn’s family reacted to Eli’s presence in her life before their relationship took a romantic turn. Except for her brother Joey, the entire family was belittling, demeaning, nasty, rude…I could go on and on and not get close to how rotten they were. Their collective reaction was beyond over-the-top, and it didn’t feel like it was explained by anything in the story.

Both Marilyn and Eli each had a big secret. Eli’s secret was pretty obvious but the way it came out added emotional depth to the story. Marilyn’s secret just about knocked me over. It’s one that makes you re-think everything.