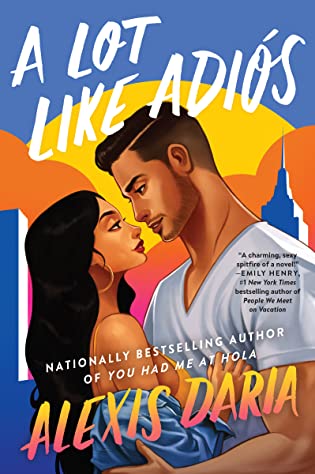 Hi Mich. It’s Gabe.
After burning out in her corporate marketing career, Michelle Amato has built a thriving freelance business as a graphic designer. So what if her love life is nonexistent? She’s perfectly fine being the black sheep of her marriage-obsessed Puerto Rican-Italian family. Besides, the only guy who ever made her want happily-ever-after disappeared thirteen years ago.
It’s been a long time.
Gabriel Aguilar left the Bronx at eighteen to escape his parents’ demanding expectations, but it also meant saying goodbye to Michelle, his best friend and longtime crush. Now, he’s the successful co-owner of LA’s hottest celebrity gym, with an investor who insists on opening a New York City location. It’s the last place Gabe wants to go, but when Michelle is unexpectedly brought on board to spearhead the new marketing campaign, everything Gabe’s been running from catches up with him.
I’ve missed you.
Michelle is torn between holding Gabe at arm’s length or picking up right where they left off—in her bed. As they work on the campaign, old feelings resurface, and their reunion takes a sexy turn. Facing mounting pressure from their families—who think they’re dating—and growing uncertainty about their futures, can they resolve their past mistakes, or is it only a matter of time before Gabe says adiós again?

It’s safe to say that ALL humans over a certain age have at least some emotional baggage, and that the age in question is probably a lot lower than anyone likes to think about.

A Lot Like Adios is a second-chance romance. Well, for Michelle it’s a second chance romance. For Gabriel, it’s a second chance at pretty much everything. Both of these characters have LOTS of emotional baggage – all of it steamer-trunk sized. Their relationship has its OWN steamer trunk of baggage, enough to furnish a life across the country and away from each other, which is exactly what Gabriel did when they were 18.

He packed up his life, his heart and his emotional baggage and shipped them all to UCLA, trying his best not to look back at his parents’ house in the Bronx. The house that Michelle lived right next door to. The house that felt like a prison, with Michelle as the only light coming through the bars.

Michelle and Gabriel were best friends through grade school and high school. Michelle thought their friendship would last forever – even if it never became anything more. But Gabe had a secret, a secret that came out the same night they were on the cusp of that more. He was leaving for UCLA in less than a week, and he hadn’t ever told his best friend that he was even trying to get away.

From his parents, not from Michelle. But by keeping it a secret, he lost it all.

Now Gabe is back in the Bronx. Briefly. As briefly as he can possibly manage. He’s become the success that his father claimed he would never be, and he’s back to expand his very successful celebrity gym from LA to New York City. Michelle is the best in the business at creating ad campaigns and branding for businesses just like his. They’ll need to WORK together to achieve his goals, even though work is the last thing on either of their minds.

But first, Gabe has to figure out what his goals REALLY are. For his business. With his estrangement from his entire family. And most important of all, with Michelle.

Escape Rating A-: This is a story about unfinished business. Both literally, as Gabe’s and Michelle’s separate work-lives are sitting at uncomfortable crossroads for completely different reasons, and figuratively in the relationship sense.

As the story opens, both of their emotional lives seem to be nothing but unfinished business, and it all circles back to the breaking of their friendship all those years ago. They were HUGE parts of each other’s lives for over a decade. All of their formative experiences included each other. And then they cut themselves off, leaving an equally huge hole in both their pasts and their futures.

That the split occurred just as they were exploring the possibility of being more than friends made the situation all that more heartbreaking. In their hearts, they hoped to be each other’s forever and never quite moved on from that wrenching and seemingly final goodbye.

But Michelle stayed a part of her intrusive, invasive, but ultimately loving and mostly supportive family. Gabe cut most of his off after a last and final argument with his father. The man did not mince any of his words, telling Gabe to leave and not come back. Gabe took the man at his word – even if in his heart he’s still working for the approval his dad always withheld.

What he really wants is an entirely different story, so a huge chunk of A Lot Like Adios is getting him to figure that out. Gabe can’t admit what he really wants until it’s shoved in his face. Michelle, on the other hand, knows exactly what she wants but believes that it’s out of reach.

So the story is Gabe figuring himself out, one step forward and sometimes three steps back. Michelle’s story is getting past heartbreak one more time, and deciding how she’s going to survive and thrive whether Gabe gets his head out of his ass or not, because she’s betting not. 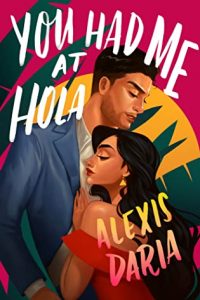 But wishes sometimes come true after all.

At the end of my review of last year’s marvelous You Had Me at Hola, I expressed a wish that the author would write more about the Primas of Power, the cousins who provide both a cheering section and a push whenever the heroine needs one in that story.

Lo and behold, we have A Lot Like Adios, the sequel to You Had Me at Hola, the second book in the Primas of Power series. My wish has been granted. Now I’m wishing for more!