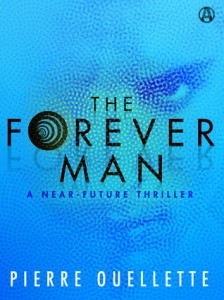 Portland, Oregon, was once a beacon of promise and prosperity. Now it’s the epicenter of a world gone wrong, its streets overrun by victims and hustlers, drifters and gangsters. Lowly contract cop Lane Anslow struggles to keep afloat—and to watch out for his brilliant but bipolar brother, Johnny, a medical researcher. Lane soon discovers that Johnny is part of an experiment veiled in extraordinary secrecy. But he has no idea who’s behind it, how astronomical the stakes are, or how many lives might be destroyed to make it a reality.

Now Johnny’s gone missing. To find him, Lane follows a twisting trail into a billionaire’s hilltop urban fortress, a politician’s inner circle, a prison set in an aircraft graveyard, and a highly guarded community where people appear to be half their biological age. Hunted by dueling enemies, Lane meets a beautiful and enigmatic woman at the center of a vast web of political and criminal intrigue. And behind it all is a sinister, desperate race to claim the biggest scientific prize of all: eternal life.

The Forever Man combines two well-used science fiction plots into a single story that never quite jelled for me. The individual parts were both potentially interesting, but the whole doesn’t do either one of them justice.

The story takes place in a near-future dystopia. A future so near that the protagonist still remembers the pre-rotten past, meaning now. It’s a future where the 1% has retreated into their gated communities as the rest of us barely get by. The social contract has completely broken down, everything is privatized, and both pensions and social security for the middle class are ideals that have long since died.

In the history of this future, a terrorist attack in the American Heartland killed off the last of the constitutional protections against very nearly everything. Think the Patriot Act on steroids and with clones, and you’ll get some idea of the background.

Part of this background is that police services have been privatized and have turned into contract services. Only the rich can afford to have crimes against them even investigated, and the cops who do the investigations are effectively mercenaries.

Our protagonist is a contract cop in a degraded version of Portland, Oregon who has just lost his contract because at 45, he’s just not as fast as he used to be. There are no jobs, and unemployment and homelessness are widespread.

Of course, as an ex-cop, Lane Anslow can contract himself out to one of the gangs that have taken over most of the city. And he might have to, just to keep himself off the streets.

But it all goes pear-shaped (even more than it is already) when his scientist brother disappears in the middle of a giant plot to allow one extremely old and incredibly rich man to live forever. At any cost.

Escape Rating C+: The near-future scenario is not merely frightening, but all too plausible. I would have loved to have seen a story that addressed the way that the country had gone to hell in a handcart, how it got there, and the way that one person (or a group) was trying to survive or make things better.

However, what we have is the conspiracy plot about a rich man who has bought a scientific method of immortality, and the ways he protects himself and pays off his enemies in order to achieve his goals. His ruthlessness and extreme inhumanity made Zed seem a bit of a caricature. The plots and cover-ups that he creates to maintain his secret could take place in our current world; the dystopia wasn’t needed.

Lane doesn’t start out looking for the immortality plot, he begins by hunting for his brilliant but feckless brother. He’s also a bit one-dimensional, the mostly straight cop who will do anything or investigate anywhere to save a doomed loved one. But I didn’t feel for him; he seemed like a device rather than a fully-fleshed out character.

The story explores lots of cool ideas, not just the dystopia, but also the way that society has and mostly hasn’t, coped with the problem. The political machinations were particularly fascinating. I just wish it had tied together a bit more.

Pierre is giving away a copy of The Forever Man and a $25 giftcard to the ebook retailer of your choice. To enter, use the Rafflecopter below. 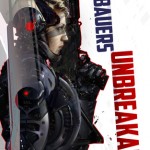 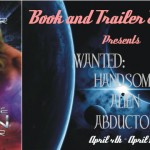 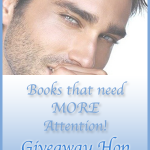 3 thoughts on “Review: The Forever Man by Pierre Ouellette + Giveaway”