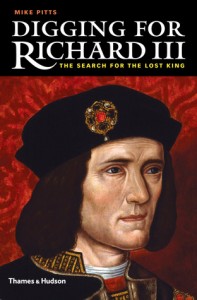 In 2012, archaeologists found the grave of Richard III. Its sight had been unknown for centuries. The quest had taken years of preparation followed by intensive archaeological study and almost no one had expected a result. As the astonishing story of hte discovery emerged, millions watched around the world.

First came the news that archaeologists were searching for a king in a parking lot. Next it was said they had located the church where Richard had been buried. Finally it was annoucned that a skeleton with a curved spine and battle wounds had been found and was thought to be that of Richard. Archaeologists urged caution as media frenzy led to questions in Parliament. The scientific consensu came early in 2013. All the studies, including analysis of anatomy, DNA, high-resolution scanning and a digital facial reconstruction, led to the conclusion that the skeleton was indeed Richard III, England’s most disputed monarch and the probable murderer of the Princes in the Tower.

The events of Richard III’s reign and his death in 1485 at the Battle of Bosworth are known worldwide, amde popular by Shakespeare’s most performed, filmed and translated history play. Digging for Richard III is the page-turning story of how his grave was found and the people behind the discovery. It is the first complete narrative of a project that blended passion, science, luck and detection. Told by a noted archaeologist with access to all the parties involved, it follows the quest from an idea born in an Edinburgh bookshop to the day, fourteen years later, when two archaeologists carefully raised the bones from the parking lot in Leicester, and the scientific studies that resulted.

The vivid tale of a king, his demise and his rediscovery, this is also an insider’s gripping account of how modern archaeology, forensics and the meticulous analysis of clues can come together to create a narrative worthy of the finest detective fiction.

What this is definitely NOT is a story about the King Richard who is the dastardly villain of Shakespeare’s play Richard III. The play has played its part in keeping the story of Richard alive, it is not history, but is almost entirely fictional-while this slim volume tells a true story about a woman and an organization that did not believe the conjectured tales, and a group of archaeologists who discovered the find of a lifetime.

Even though this is not about the Shakespeare play, or even the Shakespearean version of the villain, the author used the device of presenting the story in “Acts,” very much like a play. 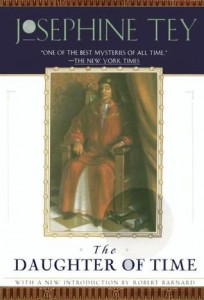 The prologue is where the author sets the stage, in this case providing a brief but informative chapter about the historical Richard III. Not the conjecture, but what is actually known, and why there isn’t all that much. For a fascinating but fictional representation of the case, read Josephine Tey’s The Daughter of Time (reviewed here). Tey was a Ricardian almost before the term existed, believing (and convincingly presenting) the case that Richard was not the villain Shakespeare and subsequent Tudor biographers made him.

The Ricardian perspective is important, because the Richard III Society (Ricardians all) provided half of the funding for the dig that found his bones. They believed that the skeleton would lay to rest some of the myths. Whether it did or did not, history will be the judge.

But Digging for Richard III isn’t so much about the king as it is about the effort to find his missing body, with some interesting side-notes about the difference between legends and verifiable facts. So this is a real treasure hunt with a fascinating hunt through time and car parks.

There are three parts to the story – the belief by Philippa Langley that the body must still be under Leicester somewhere, along with her search for an organization that could conduct the dig. Following that, there is the archaeological study itself, including the historical search to narrow the location of where the grave might be, the debunking of the myths that claimed there was no longer a grave to find, and the actual dig itself. Last, but certainly not least in terms of time or expense, the methods used to determine whether the bones that they found in the car park belonged to the man they were hunting for.

For anyone with even a passing interest in urban archaeology, British history in general or Richard III in particular, or just in historical treasure hunts, this book is an absolute delight.

Reality Rating A: Count me among the delighted. I originally read The Daughter of Time in my teens, and was converted to the Ricardian perspective then. It makes more sense than the later Tudor narratives, especially including the one that claimed that Richard was so evil that his mother was pregnant with him for 2 whole years. In the 1500s, they might not have known precisely how babies were conceived at the molecular level, but there was plenty of experiential evidence that pregnancy only lasts 9 months, give or take. I’m certain that the idea of a 2 year pregnancy probably scares a lot of mothers half to death, but any history that repeated that particular bit of demagoguery is questionable at best.

What is fascinating was how pervasive the myths were, and how many of them had accreted over time out of absolutely nothing except a desire to “pile on”. The events that occurred before Richard’s hasty burial were all meticulously recorded, but the fate of his coffin was lost to the mists of time, and then assumed to have been dug up and discarded during the Victorian era building spree in Leicester, if not before.

So there is a lot of myth debunking, as the archaeologists have to first search for whether the burial might exist, and then where the building it was purported to have occurred in might be under 21st century Leicester. Those same archaeologists never expected to find the body, because archaeology doesn’t work like that. They were just hoping to find the lost church the body was supposed to be in. 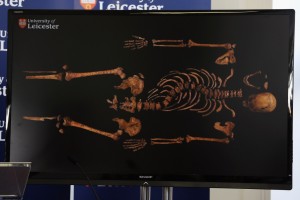 They found the body on the first day, and had no idea that they had found it. The amount of red tape involved when a dig finds human remains delayed the exhumation, and when it finally happened, everyone was focused somewhere else.

The story of how the determination was made that the bones in the car park really did belong to the (very) late king have all the drama of an episode of Bones or CSI. Every tool of forensic archaeology and crime scene forensics was brought into play to determine who the bones belonged to when they were alive..

There was a court case that fought over who owned the bones now that they’ve been exhumed. It wasn’t quite as big a war as the one Richard died in, but it was close.

Now all someone needs to do is figure out what really happened to the Princes in the Tower, and the complete historical mystery will finally be solved. 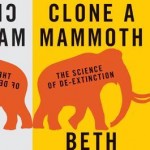