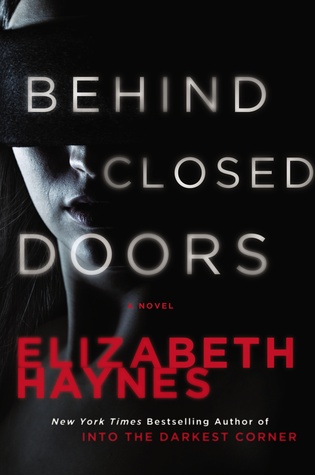 Ten years ago, 15-year-old Scarlett Rainsford vanished while on a family holiday in Greece. Was she abducted, or did she run away from her severely dysfunctional family? Lou Smith worked the case as a police constable, and failing to find Scarlett has been one of the biggest regrets of her career. No one is more shocked than Lou to learn that Scarlett has unexpectedly been found during a Special Branch raid of a brothel in Briarstone.

Lou and her Major Crime team are already stretched working two troubling cases: nineteen-year-old Ian Palmer was found badly beaten; and soon after, bar owner Carl McVey was found half-buried in the woods, his Rolex and money gone. While Lou tries to establish the links between the two cases, DS Sam Hollands works with Special Branch to question Scarlett. What happened to her? Where has she been until now? How did she end up back here? And why is her family–with the exception of her emotionally fragile younger sister, Juliette–less than enthusiastic about her return?

When another brutal assault and homicide are linked to the McVey murder, Lou’s cases collide, and the clues all point in one terrifying direction. As the pressure and the danger mount, it becomes clear that the silent, secretive Scarlett holds the key to everything.

The case in this story is fascinating and incredibly chilling. Both the detective and the victim are women worth watching, although in completely different ways. 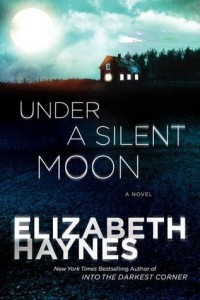 Detective Chief Inspector (DCI) Louisa Smith’s first case as a new DCI was told in Under a Silent Moon (reviewed here). It was a story where we both see into the intimate details of police procedures and watch as DCI Smith learns how to be a boss instead of just one of the truths.

She makes mistakes in both her personal and her professional life, but she gets the case mostly solved – some of it touches on organized crime organizations that have been operating for years, so just one case, no matter how big and bloody, is not enough to bring everyone involved to justice.

But while Smith is still tying up loose ends from that case, one of her very first cases as a Detective Constable, ten years ago, crawls out of the past and into the present. And it has ties to the organized crime case she is still trying to wrap up.

Scarlett Rainsford was 15 in 2003. She disappeared from a family vacation in Greece, and was never heard from again. Based on the evidence at the time, it was believed that she had been killed and her body never found.

In 2013 her body, very much still alive, is discovered in a sex trafficking sting near her parents’ home. Scarlett is not herself a prostitute, but she is working in a brothel and certainly knows what’s going on. The question is how she got there.

We see Scarlett’s story in flashbacks to her abduction and later life. Considering where she is found, it is not a complete surprise how she got there. What catches you by the throat is why she got there.

Not that she is telling, because she is keeping as quiet as possible. She doesn’t want to reveal what she knows about the brothel, and she doesn’t want to go back to her parents. (She’s 25 now and doesn’t have to.)

DCI Smith is now leading the investigation into how Scarlett got trafficked back to Britain, and where the original investigation went wrong. What she uncovers is a cesspit of lies, all leading back to Scarlett’s parents.

We’re not sure until the very end exactly what started Scarlett down the path to where she ends up, but we know it was awful. Her traffickers are neither the first nor the worst people to abuse her in her young life.

All she’s ever wanted is to save her younger sister Juliette. But they are trapped in a situation where no one can truly be saved.

It’s up to DCI Smith and her team to pick up and sort out the bloody pieces.

Escape Rating A-: Smith’s personal life, her hangups about her family and her possibly together possibly apart possibly breaking up relationship with her boyfriend sometimes take focus away from a case that will chill you right down to your toes, and probably keep you awake long after you’ve finished the book.

The real tragedy in this case “is not that it occurred, but that it was allowed.” I’m paraphrasing Dragon Age Origins here, but the situation is horrible in the same way, even if the events are not.

It’s obvious from the very beginning that something is seriously wrong in Scarlett Rainsford’s family. We don’t get the details until the end, but it’s very clear that Clive Rainsford is emotionally and physically abusing his entire family in various ways. Not just the two girls, but also his wife, whom he married when she was 16 and he was 31. Annie Rainsford has no thoughts or opinions of her own, and the girls are beaten if they step just a tiny bit outside the lines he has drawn. Yet to the outside world, they present the picture of the perfect middle class white family, and no one takes a look behind the closed door – not even when Juliette attempts suicide.

It’s clear to DCI Smith that Clive and Annie Rainsford knew more about Scarlett’s disappearance than they ever told the police. Back in 2003, Smith was one of the most junior officers involved in the investigation, and even then she noticed something hinky. Now in 2013, she finds the lies and inconsistencies in the old statements, but it isn’t until the end that Scarlett reveals just how much was left out.

Clive Rainsford was a sick man, and you’re not sorry that he finally gets his just desserts. Not surprised either – only sad that Scarlett and Juliette’s closure is going to ruin the rest of their lives. Although they both may find prison an improvement – which says a lot about the family, and none of it good.

The case, and its investigation, are gripping from beginning to end. At first, I found the flashbacks to the events in 2003 distracting from the narrative, but as we get deeper into both what happened to Scarlett and the current investigation, the two stories merge seamlessly together. We need Scarlett’s perspective in order to see the lies and evasions in her parents’ story. What they said, and what they thought, versus what was actually happening, will make you want to scream and wring someone’s neck. Or curl up into a fetal ball and shake.

Scarlett’s case does tie back into the murder and attempted murder that Smith is investigating at the same time as she is covering the Rainsford case, but just not in the way that anyone expects, which is awesome and horrible at the same time.

The author was inspired to write this book after reading Slave Girl by Sarah Forsyth, a true story of a young English girl who was trafficked into Amsterdam from the UK after she answered an ad for child care workers. Scarlett Rainsford’s fictional story, like Sarah Forsyth’s true-life account, sets out to show that trafficking can happen anywhere to anyone, particularly any female one, and that it happens right under our noses. Behind closed doors.

2 thoughts on “Review: Behind Closed Doors by Elizabeth Haynes”