If you can’t get enough steampunk after reading today’s featured book, The Brass Giant, author Brooke Johnson has a few more series that will keep you in the steampunk mood until we can discover Petra and Emmerich’s next adventures. And this reader would also include Marissa Meyer’s Lunar Chronicles, starting with Cinder. Read my review of The Brass Giant to see why. 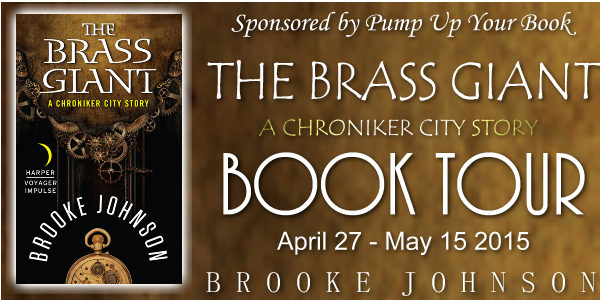 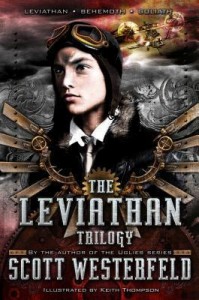 Westerfeld’s Leviathan trilogy is a page-turning adventure set in an alternate timeline where science has evolved in two distinct ways: mechanical inventions and guided biological evolution, divided between the Clankers and the Darwinists, respectively. The science is at times fantastic and alien, but it is seamlessly entwined into the setting, creating this multifaceted world that almost seems like a completely different reality, not just an alteration of our own. The whole series is rife with conflict, science, and mayhem, and filled with a number of colorful characters: Deryn, the brash young airman in disguise; Alek, son of Archduke Ferdinand; and the brilliant Dr. Nora Barlow, female scientist and the granddaughter of Charles Darwin himself, easily my favorite character in the series, hands down. Nikola Tesla even makes an appearance in the third and final book of the series. It’s a must read for anyone who loves steampunk, biopunk, historical science fiction, and military-focused novels. 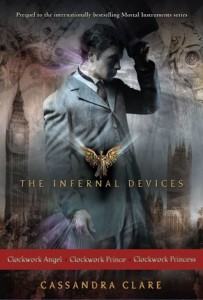 The Infernal Devices trilogy falls under the gaslamp fantasy subgenre of steampunk, focusing less on the science—much of the steampunk elements are brought together with magic—and more on the paranormal Victorian setting, but it still delivers a wonderfully engaging story. The trilogy follows Tessa, a girl with the power to transform into others—a power others would kill to possess—and her time with the Shadowhunters, warriors dedicated to ridding the world of demons. There is romance aplenty as Tessa is drawn toward and torn between boorish, blue-eyed Will and fragile, silver-haired Jem, and there is plenty of teen angst to go along with the save-the-world plot. I enjoyed the series  immensely, and each book is better than the one before. Definitely recommended for anyone who is looking for something dark, romantic, tragic, and magical set in a surreal Victorian London. 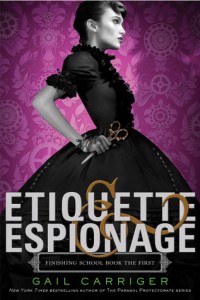 Sophronia is a kick-ass heroine with an unfathomable sense of adventure, and I immediately fell in love with the characters and setting the moment I started reading. I mean, this is a story that takes place in a flying school for assassin ladies. What’s not to love? This series relies on an equal measure of fantastic and mechanical throughout the books, instead of heavily erring on the side of magic like many other paranormal steampunk fantasy novels. I haven’t read Carriger’s Parasol Protectorate series, but Sophronia’s adventures are set in the same alternate version of Victorian England as those books. It’s extraordinarily silly and a lot of fun to read. I highly recommend it to anyone who wants to read more books with  tomboy heroines, assassins, mad scientists, unusual schools, and a lot of humor. 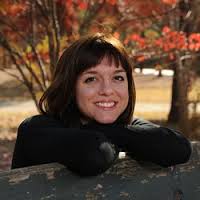 About Brooke: Brooke is a stay-at-home mom, amateur seamstress, RPG enthusiast, and art hobbyist, in addition to all that book writing. As the jack-of-all-trades bard of the family, she adventures through life with her fiercely-bearded paladin of a husband, their daughter the sticky-fingered rogue, and their cowardly wizard of a dog, with only a sleep spell in his spellbook.
They currently reside in Northwest Arkansas, but once they earn enough loot and experience, they’ll build a proper castle somewhere and defend against all manner of dragons and goblins, and whatever else dares take them on.
For More Information
Visit Brooke at her website, or on Facebook, Twitter, or Google+

Brooke and Harper Voyage Impulse are giving away a $25 Gift Card!
a Rafflecopter giveaway