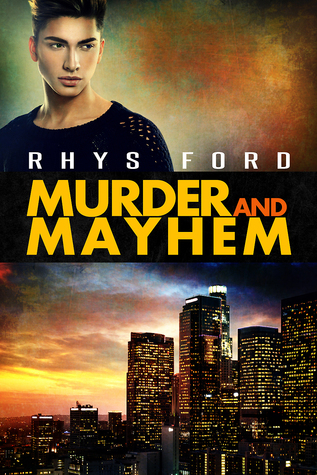 Former cat burglar Rook Stevens stole many a priceless thing in the past, but he’s never been accused of taking a life—until now. It was one thing to find a former associate inside Potter’s Field, his pop culture memorabilia shop, but quite another to stumble across her dead body.

Detective Dante Montoya thought he’d never see Rook Stevens again—not after his former partner’d falsified evidence to entrap the jewelry thief and Stevens walked off scot-free. So when he tackled a fleeing murder suspect, Dante was shocked to discover the blood-covered man was none other than the thief he’d fought to put in prison and who still made his blood sing.

Rook is determined to shake loose the murder charge against him, even if it means putting distance between him and the rugged Cuban-Mexican detective who brought him down. If one dead con artist wasn’t bad enough, others soon follow, and as the bodies pile up around Rook’s feet, he’s forced to reach out to the last man he’d expect to believe in his innocence—and the only man who’s ever gotten under Rook’s skin.

So I’m a little early with this review. Sue me. I absolutely love both Rhys’ Cole McGinnis and Hellsinger series, so when she offered me a review copy of Murder and Mayhem, it was off to the races and on my schedule.

While this is the first book in a new series, I can’t help wondering if it doesn’t tie into Cole McGinnis’ life just a bit. One of the cops refers to his former partner as Dawson, and if that doesn’t turn out to be Bobby Dawson, I’ll eat my non-existent hat.

The concept for this story combines a couple of classic ideas. One is the story of a former thief turned legit. It’s not that Rook Martin has forgotten any of his old skills, or his old friends, but that he has finally decided to put down roots and make a real life for himself where he doesn’t have to hide in the shadows.

The author has also mixed in a cop and crook romance, even though Rook is now a former crook. Dante Montoya and his late partner lost their way trying to pin the last of Rook’s second-story jobs on him. While Rook did the crimes, he was always very good at sliding out from under the legal consequences.

Dante’s partner went very much to the dark side in order to plant evidence and get Rook convicted. Instead, the late Vince got all the charges thrown out and ended his career dishonorably. The worst part was that he nearly took Dante’s career out with his own.

Actually, that turns out to be the second worst part.

So Dante has been a homicide cop with a shadow over his career and a secret that jumps up to bite him. Literally.

Dante is gay. That’s no secret. The secret is that he nearly had an almost anonymous club encounter with one thief. Dante has a yen for Rook Martin that he has never been able to get out of his system.

And very much vice versa.

When the dead body of one of his late enemies turns up at Rook’s collectibles shop, sliced to bits and covered in blood, Rook finds himself in the middle of a shootout, as the cops mistake a Wookie in the window for an armed assailant. When the former thief runs for his life, he finds himself taken down by the cop he’s never lost a taste for.

Unfortunately for Rook, someone is trying to frame him for murder, and those hits just keep on coming. Fortunately for Rook, he begins to trust Dante enough to keep his abused body and eventually his equally abused heart safe from someone who obviously intends to wipe Rook from the face of the earth in any way that they can.

As Rook and Dante trace the strands of Rook’s former life to figure out who hates him so much that they don’t just want to kill him, but seemingly want to absolutely obliterate him and anyone close to him, they get the chance to explore the chemistry between them.

For the first time, they are both more-or-less on the same side of the law. The question is whether they can both stay there, and alive, long enough to reach for each other for keeps. And if Rook even has a chance at “for keeps”.

Escape Rating B+: It took a little while for this story to get going, in spite of starting in the middle of what felt like the gunfight at the not-so-OK Corral. We don’t know why Rook is running, or even initially who he’s running from.

And we need a little background to figure out why Rook is so shy of the cops, and why the cops are so ready to shoot him first and ask him questions later. Or never.

The tension between Dante and Rook steams off the page from the first moment that Dante finds Rook under him in the street, as he’s putting on the handcuffs. That tension never lets up, and it helps the story take flight.

As Rook nearly does on more than one occasion.

There is a lot of tension of all kinds in this story. There’s the obvious sexual tension between Dante and Rook. They both desperately want to explore their chemistry and know that any exploration is a really bad idea. Dante is, after all, a cop, and a cop who has a history of investigating Rook for a crime that Rook really did commit. Now Dante is investigating Rook again, but this time for a crime that screams set up from the very beginning. Once Rook is cleared, a relationship between them is still a bad idea, just less bad.

Rook doesn’t believe that he’s worth having a relationship with anyone, but all the people in his life conspire to make him finally consider that he is worth loving. Not just Dante, but Rook’s very old and extremely wealthy grandfather has recently discovered that Rook exists, and even better, that he is a chip off the old block.

Rook’s other relatives are furious, and his grandfather is furiously funny about the whole thing. But it also throws into the mix Rook’s desire not to get tied down or held back, and his grandfather’s attempt to control Rook, which is mostly born out of a desire to keep Rook safe. They butt heads repeatedly, and there are times when peace between them seems far away. But they need each other, and have a terrible time expressing it.

On the other side, Dante has been rejected by his Catholic Hispanic/Latino family, and has made his peace with that. He’s also taking care of his uncle Manny, who is also gay and has also been rejected by their family. They’ve made their own family and are pretty happy with their choices. Manny just wants to adopt Rook right alongside Dante. The family relationship that Manny and Rook eventually develop is heartwarming, sweet and often hilarious.

Then there’s the case. Although some readers figured out whodunnit before the end, I’ll confess to not being one of them. As we meet more and more of Rook’s former associates, we (and Dante) get a clear picture that Rook truly has gone legit, and even more, that he’s doing his best to pay back everyone who helped him and anyone who sincerely needs a hand getting out of the life. He’s become a good man, but he’s clinging to one last stash from his old life that someone feels entitled to a piece of. Or all of. And is willing to leave a trail of bodies in their wake in order to get it.

While I didn’t totally buy that person’s motivations, the way that they went about their road to riches and revenge gave me chills and had me flipping pages fast to discover whether or not everyone escaped mostly intact.

I am definitely looking forward to more in this series. Ex-thief and righteous cop make a fantastic detective duo.