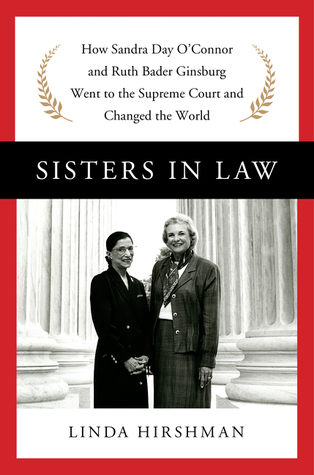 The author of the celebrated Victory tells the fascinating story of the intertwined lives of Sandra Day O’Connor and Ruth Bader Ginsburg, the first and second women to serve as Supreme Court justices.
The relationship between Sandra Day O’Connor and Ruth Bader Ginsburg—Republican and Democrat, Christian and Jew, western rancher’s daughter and Brooklyn girl—transcends party, religion, region, and culture. Strengthened by each other’s presence, these groundbreaking judges, the first and second to serve on the highest court in the land, have transformed the Constitution and America itself, making it a more equal place for all women.
Linda Hirshman’s dual biography includes revealing stories of how these trailblazers fought for their own recognition in a male-dominated profession—battles that would ultimately benefit every American woman. She also makes clear how these two justices have shaped the legal framework of modern feminism, including employment discrimination, abortion, affirmative action, sexual harassment, and many other issues crucial to women’s lives.
Sisters-in-Law combines legal detail with warm personal anecdotes that bring these very different women into focus as never before. Meticulously researched and compellingly told, it is an authoritative account of our changing law and culture, and a moving story of a remarkable friendship.

After finishing Then Comes Marriage, I liked it so much that I decided I wanted more Supreme Court. So I picked up Sisters In Law, which is a kind of dual biography of Sandra Day O’Connor and Ruth Bader Ginsburg, the first and second women on the Supreme Court.

I think I was expecting there to be more about their actual relationship while they served on the court together, but that isn’t quite what I got.

Instead, this book flips from one woman’s history to the other, showing where their stories parallel, and where they differ. It also gives a strong sense of how much their shared experiences being among the first women to advance in the legal profession affected their perspectives. Because for two women who ended up being the first female members of a very exclusive and formerly all-male club, they also seem to have had some very different perspectives on the rights of women, and even whether they should be advocating for those rights from the bench.

What felt to this reader as a telling anecdote occurs at the beginning of each of their careers. Because they were both among the first women to succeed in the legal profession, they both faced a lot of discrimination early on, particularly when it came to getting their first jobs after passing the bar.

Ginsburg’s husband suffered from cancer while they were both in law school. He was not expected to survive, but he fortunately did. Still, the experience clearly left its mark. RBG faced very early on the possibility that her work and her career might have to sustain and support her and their children, emotionally and economically, if she were widowed. She seems to have been strongly affect by exactly what an uphill battle she faced as a woman, and how many roadblocks might be placed in her path.

She has continued throughout her career to champion women’s rights for equality, and in that championing has continued to recognize that not all women are fortunate enough to have the advantages that she had, not just economically, but also by having a husband who supported her career as equal to her own.

Sandra Day O’Connor’s story has a different ending. After being repeatedly turned down for a position as a lawyer, and being offered legal secretary positions instead, she took the step of working for free for a county attorney until he decided that she was, after all, worth her pay as a lawyer. Not many women, then or now, could afford to work for no wages until a man decided that she might be worth hiring.

She seems to have always seen herself as exceptional, and not necessarily been cognizant of the fact that many women are qualified and capable but just not lucky. And that the things that she, as an upper middle class white woman, did not find burdensome were issues that women without her advantages would find very burdensome indeed.

However, like the comment that “only Nixon could go to China”, only a woman who projected so much traditional femininity and rocked the boat so little could have been appointed as the First Woman on the Supreme Court by a Republican. It was only after O’Connor rocked the boat so little that someone like RBG could be appointed, even by a Democrat. Because Ginsburg’s entire career gave notice that she would be a member of the court’s liberal wing, as she has been.

There were lots of sayings in the midst of the women’s rights movement in the 1960s and 1970s that went something like “In order for a woman to be thought as capable as a man, she has to be twice as good. Fortunately that’s not difficult.” Remember, that this is also the same era that birthed the marvelous phrase, “A woman without a man is like a fish without a bicycle.” In the heyday of the women’s civil rights movement, it seemed like anything was possible. Ruth Bader Ginsburg was often at the forefront of the fight to make that “anything” come to pass, and she often succeeded. Now that she is on the bench, and the times have shifted from change to backlash, she often seems to be fighting a rearguard action to protect as many gains as she can, hoping that the pendulum will swing back.

Reality Rating A-: As is probably clear from the comments above, I found Ginsburg to be more interesting and more sympathetic. The legal positions that she took and the cases that she won are the ones that made my life as a career woman in the 1980s onward much better. Not necessarily easier in a lot of ways, but certainly better. I remember being asked in the late 1970s what my childbearing plans were at more than one job interview, even though that practice had already been ruled illegal. I was able to get credit in my own name during college, where I remember being with my mother when she was asked for the first time if she wanted an account in her name sometime in the 1970s. My mother worked, but her only access to credit was through my father.

Ruth Bader Ginsburg helped the world to change, often by her own actions and the positions she took. It was a deliberate act. Sandra Day O’Connor also helped the world to change, but it seemed like it happened more because of who she became than what she did. It seemed as though she felt her presence was enough to change the paradigm, which it certainly did. But it didn’t feel like she did nearly as much to extend the ladder to those coming up behind her unless they were just like her.

O’Connor’s position was extremely important, but I found myself not liking many of the stands she took. At the same time, the book acknowledges that she was very pragmatic about what would and wouldn’t work. I like the stands that Ginsburg takes, even when, or especially if, they are taken in dissent.

As a history of women in the legal profession from the mid-20th century and onwards, their joint history is fascinating. Who the reader finds themselves ultimately sympathizing with will depend a lot of the views they come in with. I found the sections on Ruth Bader Ginsburg so interesting that I picked up a copy of Notorious R.B.G., the Life and Times of Ruth Bader Ginsburg. I can’t wait to read more. 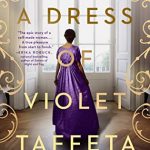 One thought on “Review: Sisters in Law by Linda Hirshman”