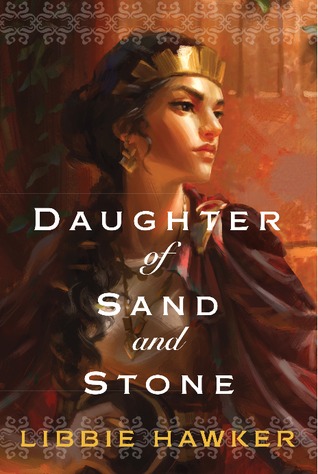 When Zenobia takes control of her own fate, will the gods punish her audacity?
Zenobia, the proud daughter of a Syrian sheikh, refuses to marry against her will. She won’t submit to a lifetime of subservience. When her father dies, she sets out on her own, pursuing the power she believes to be her birthright, dreaming of the Roman Empire’s downfall and her ascendance to the throne.
Defying her family, Zenobia arranges her own marriage to the most influential man in the city of Palmyra. But their union is anything but peaceful—his other wife begrudges the marriage and the birth of Zenobia’s son, and Zenobia finds herself ever more drawn to her guardsman, Zabdas. As war breaks out, she’s faced with terrible choices.
From the decadent halls of Rome to the golden sands of Egypt, Zenobia fights for power, for love, and for her son. But will her hubris draw the wrath of the gods? Will she learn a “woman’s place,” or can she finally stake her claim as Empress of the East?

Zenobia is a name that may feel familiar, even if you can’t place it. She was certainly a legend in her own time, but history has obscured who she was and what she did. In this very fictionalized history, she feels like a second coming of Cleopatra – an appropriate image, as Zenobia herself claimed to be a descendant of the great queen. And Zenobia, like her purported ancestress, also attempted to steal Egypt from her Roman masters. Also like Cleopatra, she failed.

Although little is known for certain about Zenobia’s life, the author has created a fictional biography that, while romanticized, also seems quite plausible. Zenobia was the daughter of one of the desert chieftains who controlled the lush trade city of Palmyra during one of the more contentious eras in the long and stuttering fall of the Roman Empire.

(For those who have read or watched I, Claudius, that same Claudius is mentioned as one of the many emperors that briefly rules Rome during Zenobia’s life. Rome was a hot mess.)

Unfortunately for Zenobia, while she did most of her plotting and planning during the years when Rome lost emperor after emperor, she brought her plans to fruition just as the extremely competent Aurelian took the purple. Aurelian crushed her attempt to form an Empire of the East, centered on her home city of Palmyra, that included Rome’s breadbasket, Egypt.

The story in Daughter of Sand and Stone is the story of a young woman who quite possibly thought too much of herself and her own destiny, who rose from chieftain’s youngest daughter to Roman governor’s wife to Queen to very, very briefly, Empress.

What we see is a young woman who seems first to have been a legend in her own mind. She rejected her expected role as wife and mother, rejecting all of the quite eligible suitors that her father presented to her. Then, when tragedy struck in the form of bandit raids on her unwalled city, she took upon herself a daring midnight ride to find her father’s remaining troops and rally them to defend the city.

Her people worshipped her as their savior, no matter that her brother-in-law became the next chief.

From there, Zenobia plotted her own course to power, first marrying the Roman governor, and then after his assassination carrying out his plans for an Eastern Empire, but in her own name. She took those plans to dizzying heights, and then, like Icarus, flew too close to the sun, and crashed to exile and death.

Escape Rating B: The story in Daughter of Sand and Stone is Zenobia’s from the very first page until her final defeat. In the book, that defeat is a capitulation to the role that she was supposed to have occupied all along, that of a quiet helpmeet and wife. In other words, she finally resigns herself to what was considered a “woman’s place”, after a lifetime of fighting that characterization every step of the way.

But the adventure that finally gets her there, while ultimately doomed, was a glorious one. She begins by always believing that she is meant for more than her lot in life should have given her. She always feels that she has a destiny, and is quite often self-deceiving in her pursuit of what she feels should be hers. It is no wonder that her talent for self-deception eventually runs into the cold reality of Roman might.

While occasionally Zenobia’s speeches and internal thoughts about her great destiny sound strange to our ears, what she did about that belief was remarkable. In her relatively short life (she was about 35 when she either died or slipped into complete obscurity) she takes herself from chieftain’s daughter to empress just on the strength of her own ambition and vision. That would have been a lot of ambition even for a man in that era – for a woman it became the stuff of legend.

In the story, some things are created out of very scanty bits of historical records. Her relationship with the governor’s first wife, while fictional, provides a lot of the tension in the early parts of the story, and motivates some of Zenobia’s real life behavior. Zenobia’s romance with her general, while also fictional, helps complete the portrait of Zenobia as a whole person instead of just a face on a coin.

The descriptions of the desert are rich and lush, the reader can almost feel the sand blowing by and the sudden beauty of the oases. It makes it easy to understand why Zenobia loved her city so much that she wanted to make an empire of it.

I am giving away a copy of Daughter of Sand and Stone to one lucky U.S. or Canadian commenter.

12 thoughts on “Review: Daughter of Sand and Stone by Libbie Hawker + Giveaway”