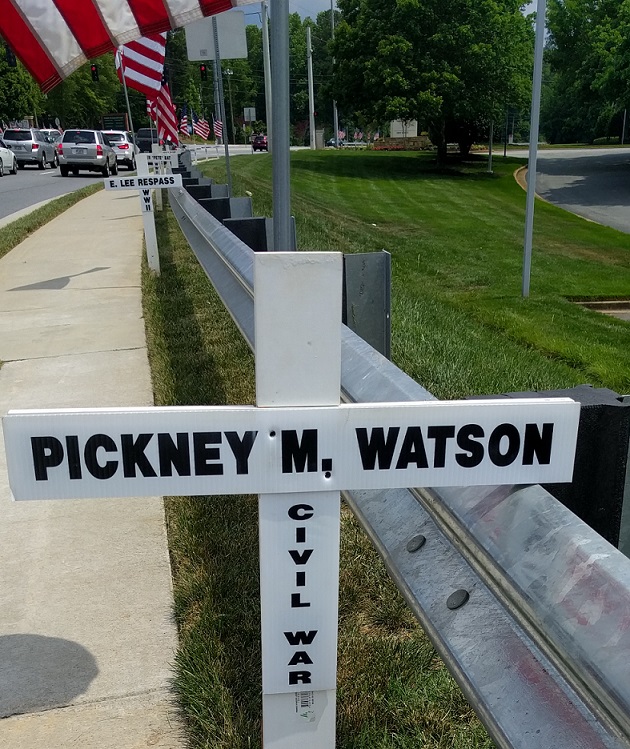 This Memorial Day, as for every Memorial Day and Veterans Day, the village where I live has posted memorial markers along all of the major streets in town to commemorate those related to this place who fought in the service of this country, and died either in conflict or later, after their service was done.

While I expected to see markers for those who served after this place was founded (1876), I recently discovered that there are few markers from even earlier wars, as seen in the above photograph. There is also a marker for someone who fought in the Revolutionary War, at least according to the list published by the village, but the marker itself doesn’t show the war.

Because this whole thing fascinates me, I finally looked up the process for getting one of these markers. A family member for any deceased service member, if that family member now lives here, can get a marker for their relative. Considering the rules on establishing both kinship and the proof of service, I do wonder how much paperwork it took to get that Revolutionary War marker placed. The Civil War marker was probably quite a bit easier.

Long story short, I could get one for my father. I live here, and he served in the Army Air Corps after World War II. He was still in high school during the war. Admittedly, he didn’t serve long. Not that anything terrible happened, and in any other branch of the service it wouldn’t have mattered, but my dad, who had 20/20 vision, had no depth perception. He could fly the plane just fine, but he couldn’t land very well on visual flight. The story was that he never dealt the runway the “glancing blow” that you were supposed to, but rather dropped the plane onto the tarmac from just slightly too high off the ground. Planes don’t bounce terribly well, and flight instructors are not very happy with being bounced – especially over and over by the same person. He was honorably discharged in less than a year. In 1946, the services didn’t need more people, they had plenty of WWII veterans returning who found civilian life not quite what they remembered.

But I could get him a marker. And I’ve thought about it. But in order to do so, I’d have to make him a test case. (He might like that, he did always love tilting at windmills). All the markers are crosses, and the regulations state that “Markers will be constructed in a uniform fashion.” That uniform fashion is a cross. The use of this religious symbol presumes that all the honorees have been and will always be Christian. My father was a Jew. And he served. But for him, a cross is not an honor. It’s a denial. 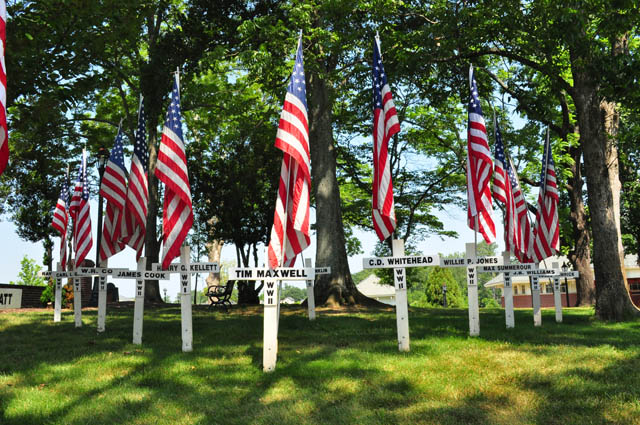