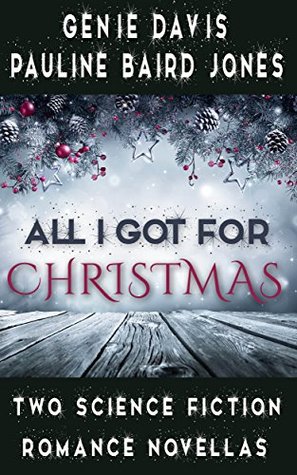 There are two stories in this collection, Riding for Christmas by Genie Davis and Up on the House Top by Pauline Baird Jones. While I liked the concept of this joint release, I had some issues with the executions. Completely different issues with each story.

Riding for Christmas felt more like a ghost story than science fiction romance. The time travel element is a bit weirder than normal bit of handwavium, but the science fiction aspects, such as they were, felt like the story would have been better served if they had been fantasy or paranormal elements instead. Considering the setting, the Native American trickster deities, either Coyote or Raven, would have served just as well as the aliens to make this story happen.

In 1885 Sam Harrington is captured by aliens, and put in stasis for a century. Then on a whim, or perhaps a desire to find an excuse to let Sam go, the aliens let Sam out for Christmas, at the site of the old farm he was on his way to visit during that snowstorm that obscured the aliens way back when.

Sam discovers the granddaughter of his old friends, visiting the derelict ranch that she has just inherited. The lives of everyone connected to Sam went badly after his disappearance, and Jane MacKenzie is all that’s left. She’s an orphan whose drunken grandfather didn’t want her, but still left her his broken down ranch.

Sam’s one night of freedom coincides with Jane’s visit to the ranch, where she gets lost in (of course) a snowstorm. She and Sam spend one night together outside of time, where they talk and comfort each other, but share nothing more than a kiss.

The aliens return Sam to his own time, and Sam has the future that he should have had, including marriage and children and grandchildren. That lonely future that Jane Mackenzie was part of never came to be – but it is still the life that Jane remembers. Until she has an encounter with another Sam Harrington, and they swap ghost stories.

The story had a very cute concept, but the characters didn’t speak to me. Or the situation didn’t. Or something I can’t put my finger on. Was it all outside of time? How did the aliens manage to futz with time? And more than once at that. We don’t get quite enough of either character to really feel the story.

And it always felt more like a ghost story than SFR to me. The aliens are as nebulous as that ship they hid in the snow.

Up on the House Top was a lot funnier than Riding for Christmas. And there is also a lot more heart in the story, or perhaps that’s more meat.

Gini comes back to her mother’s remote cabin in Wyoming for Christmas, with her twin sister’s two recalcitrant step-children in unintended tow. Van and her husband Bif (they’re his kids) had an emergency at work, and never do come to get the terrors. No one can figure out what kind of work emergency they might have at NASA without a ship in space, but Gini does eventually find out.

As much as anyone finds out anything about the real truth in this story.

Because when Gini gets to her mother’s, the love of her life is waiting in the cabin along with mother. But it’s been 20 years since Gini and Dex broke up, Dex is now the County Sherriff and Gini is entertaining a surprise marriage proposal from her rich and chilly boss.

It’s a weird meeting made even weirder by the presence of Gini’s mother Desi, who has always been a bit “out there” and is further out there than normal this Christmas. Things get even crazier the next morning, when Gini and Dex wake up to discover that they have reverted to their 13-year-old selves, at least physically, and that 80+ year old Desi is now about 7. Which seems to be the age at which she was originally captured by the little green men (and possibly one little green woman) who are all over the house.

Gini isn’t sure whether to go with the flow, fear for her sanity, or try to take the house back from the invading forces. Those little green men say that first contact never goes well, but this particular instance is proving to be a humdinger.

By the time the dust settles, the men in black have been foiled by decorating the flying saucer on the roof as an extra terrestrial vehicle for a big green Santa, and life is back to normal. Except that the little green men have taken their little friend Desi away with them, and that Gini’s 13-year-old self finally had the courage, or perhaps the self-centeredness, to ask Dex what went wrong all those years ago.

The story has a lot of things to say about the relationship between adult children and their aging parents. It also manages to get a fair number of licks in about the normal self-centered phase that teenagers go through. And there are plenty of geeky in-jokes to make SF fans laugh and chuckle.

But the story lurches from one crazy incident to another, and at points it feels more like an excuse for those in jokes than an actual story. And this reader never did figure out exactly what purpose those two real kids served in the plot. The girl was not just selfish, but completely unlikeable from beginning to end.

And there’s an “it was all a dream” ending. The question left in the reader’s mind is which parts?

Escape Rating for Up on the House Top: B- 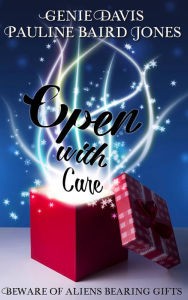 Reviewer’s Note: It’s been a few weeks since I reviewed this book at  Sci-Fi Romance Quarterly. In those intervening weeks, it appears that there might have been a title and cover change. Some references to this title at the etailers are now calling it  Open With Care: Beware of Aliens Bearing Gifts.

This review was originally published at Sci-Fi Romance Quarterly 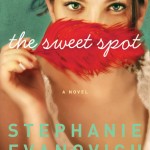 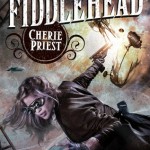 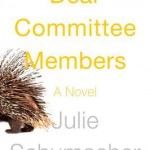