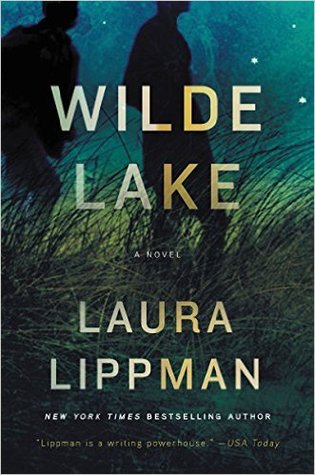 The bestselling author of the acclaimed standalones After I’m Gone, I’d Know You Anywhere, and What the Dead Know, challenges our notions of memory, loyalty, responsibility, and justice in this evocative and psychologically complex story about a long-ago death that still haunts a family.
Luisa “Lu” Brant is the newly elected—and first female—state’s attorney of Howard County, Maryland, a job in which her widower father famously served. Fiercely intelligent and ambitious, she sees an opportunity to make her name by trying a mentally disturbed drifter accused of beating a woman to death in her home. It’s not the kind of case that makes headlines, but peaceful Howard county doesn’t see many homicides.
As Lu prepares for the trial, the case dredges up painful memories, reminding her small but tight-knit family of the night when her brother, AJ, saved his best friend at the cost of another man’s life. Only eighteen, AJ was cleared by a grand jury. Now, Lu wonders if the events of 1980 happened as she remembers them. What details might have been withheld from her when she was a child?
The more she learns about the case, the more questions arise. What does it mean to be a man or woman of one’s times? Why do we ask our heroes of the past to conform to the present’s standards? Is that fair? Is it right? Propelled into the past, she discovers that the legal system, the bedrock of her entire life, does not have all the answers. Lu realizes that even if she could learn the whole truth, she probably wouldn’t want to.

And what happens when someone finally unravels all of the stories that people have told her about her life.

This is, after all, Lu’s story. Lu is Luisa Frida Brant, and at first it seems like she lives a mostly charmed life. She’s just been elected the first female State’s Attorney for Howard County Maryland.

Howard County is a real place, as is Columbia, the planned community that Lu grew up. Even the history of Columbia is pretty much as described in the book. Even Wilde Lake is a real feature of the town. I’ll admit to being completely surprised that Columbia and Wilde Lake exist. They are so planned that I thought they must be fictional, but they are not.

But hopefully not the events that unfold in this story. Even though, or perhaps especially because, they feel typical of suburban life in the 1960s and 1970s.

But the story is Lu’s story. While it begins at the point of Lu’s greatest triumph, it also begins at the point where her whole life begins to unravel. As she relates the story of her childhood, while dealing with her life in the present, we see where all the stories that Lu has been told, and all the stories that Lu has told herself, converge and rewrite the past as she once knew it.

At first we see an almost typical American family. Lu, her brother AJ, and their father, AJ Senior. Lu’s mom isn’t in the picture – she died a week after Lu was born. And AJ Senior is the State’s Attorney, instilling in Lu both her competitiveness and her desire to practice law.

AJ Junior is the one who seems to have the truly charmed life. AJ is charismatic, and everyone seems to love him. At least until he and his charmed circle of friends are violently attacked at their high school graduation party, leaving one young man dead and another paralyzed from the waist down.

In the aftermath, the world goes on. AJ and his friends go their separate ways. But when Lu herself becomes State’s Attorney, the truth about that long ago night, and the events that led up to it, all explode into the light.

And in the end, Lu discovers that nothing that she believed, about herself, about her family, about her life, was remotely true.

Escape Rating A-: I will say that this story builds slowly over much of its length. We are mostly inside of Lu’s head as her version of events travels back and forth from the here-and-now to her memories of her childhood and adolescence and all the stories that she was told. Also, because it is entirely Lu’s perspective, the other characters in the story feel a bit one-dimensional. We don’t really get to know them. Which in its own way makes sense in this story, as Lu discovers that all the things and all the people she thought she knew are not what she believed them to be.

All families tell stories. Sometimes because a child is too young to understand the truth, and sometimes because there is a guilty secret to be hidden. Sometimes both. And sometimes the one morphs into the other as the child becomes an adult and no one wants to air the proverbial dirty laundry now that it has finally been washed, folded and put away.

There was one such story in my own family, not nearly as explosive as what Lu uncovers. But I remember my own sense of shock and the shifting and sifting of memories in light of the new and surprising information. For her, in this story, the revelations she uncovers would have been infinitely more profound, unnerving and identity-rattling.

In the end, the truths that Lu uncovers are like the ending of the movie The Sixth Sense. Once you know that the boy truly sees dead people, you are forced to re-evaluate everything you thought you saw in the film. Once Lu finds out the truth about her family and her past, she is forced to re-examine all of her own memories to see where the truth was hidden from her, and where she hid it from herself.

They say that the truth will set you free. This is a moving story of a woman who finds the truth, and it nearly destroys her. 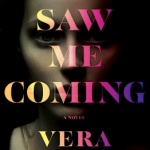 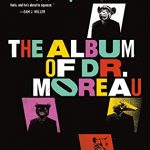 Review: The Album of Dr. Moreau by Daryl Gregory