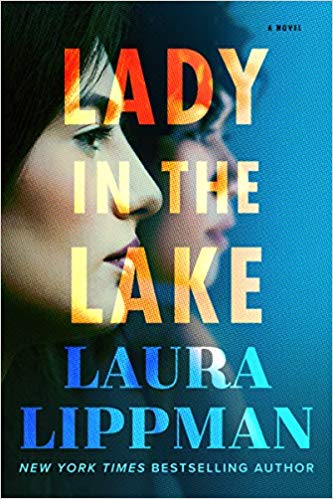 The revered New York Times bestselling author returns with a novel set in 1960s Baltimore that combines modern psychological insights with elements of classic noir, about a middle-aged housewife turned aspiring reporter who pursues the murder of a forgotten young woman.

In 1966, Baltimore is a city of secrets that everyone seems to know--everyone, that is, except Madeline "Maddie" Schwartz. Last year, she was a happy, even pampered housewife. This year, she's bolted from her marriage of almost twenty years, determined to make good on her youthful ambitions to live a passionate, meaningful life.

Maddie wants to matter, to leave her mark on a swiftly changing world. Drawing on her own secrets, she helps Baltimore police find a murdered girl--assistance that leads to a job at the city's afternoon newspaper, the Star. Working at the newspaper offers Maddie the opportunity to make her name, and she has found just the story to do it: a missing woman whose body was discovered in the fountain of a city park lake.

Cleo Sherwood was a young African-American woman who liked to have a good time. No one seems to know or care why she was killed except Maddie--and the dead woman herself. Maddie's going to find the truth about Cleo's life and death. Cleo's ghost, privy to Maddie's poking and prying, wants to be left alone.

Maddie's investigation brings her into contact with people that used to be on the periphery of her life--a jewelery store clerk, a waitress, a rising star on the Baltimore Orioles, a patrol cop, a hardened female reporter, a lonely man in a movie theater. But for all her ambition and drive, Maddie often fails to see the people right in front of her. Her inability to look beyond her own needs will lead to tragedy and turmoil for all sorts of people--including the man who shares her bed, a black police officer who cares for Maddie more than she knows.

The lady in that lake in Baltimore isn’t actually the lady that everybody thinks is under the lake. She also isn’t the central character of this story about the discovery of said lady, or about all the ripples that discovery causes through the lives of all the people involved.

In spite of the title, and in spite of her ghost commenting on events, this story is not about the lady IN the lake, Cleo Sherwood. Rather, the story focuses on the woman who found that lady in the lake, Maddie Schwartz. And that’s exactly the way that Maddie would want it. Because it’s really all about her. It’s always all about her.

It’s so much all about her that she never seems to have a thought for all the people she leaves damaged in her wake. Not even the lady in the lake who catapults her to fame.

Escape Rating B: The pipes for that fountain in that lake must have one heck of a lot of suction going on somewhere. Because I got sucked into this book almost in spite of myself. I kept thinking I’d put it away for the night, but then just one more chapter, just one more person, and then I was done.

I also got just a bit weirded out at one point. Maddie and my mother were born the same year. Wondering if my mom ever had any of the internal thoughts and feelings that Maddie did kind of gave me the heebie-jeebies. Ironically, I wouldn’t be at all surprised if my mom had some of the same career thoughts and aspirations – although hopefully not the rest.

(Two things no one likes to think about – their parents having sex and their children having sex. We all know it happens, but that doesn’t mean we want to dwell on it even for a nanosecond.)

The structure of this story is interesting – and more than a bit distancing. Although Maddie is the main point of view character, she’s not the only one. The first time she interacts with someone, the reader is then given that person’s perspective on the encounter in general and Maddie in particular.

Those perspectives are not kind. Usually pretty spot on, but not kind. Maddie is not a likable protagonist. She’s more like the eye of a hurricane. Everyone focuses on her, and that’s what she wants, while she ignores all the trouble that her storm creates. Like that hurricane, Maddie’s story sucks you in and spits you out – but it isn’t a comfortable journey. Interesting, but not comfortable.

At the same time, the story manages to say quite a bit about a lot of things through those various perspectives. Seeing life in the mid-1960s through that variety of perspectives, we hear about still-rampant Antisemitism, the universality of structural racism, the intractable misogyny of work life in general and newspaper journalism in particular. Through all those thoughts and feelings we get a slice of life in the 1960s, and it rings true.

The story kind of sits at the boundary between mystery and thriller. Except for one brief but telling escapade, Maddie herself is never in true danger. No one is stalking her – this isn’t that kind of story. She puts plenty of other people in danger or at least distress – usually inadvertently. She doesn’t believe she’s really doing anything wrong – even when she is. That her single-minded self-centered laser focus puts other people at risk is never her fault.

But the slow unraveling of the two intertwined mysteries that make Maddie’s career are thrilling. Maddie literally does not know what she is doing most of the time – just that she has a driving need to be the center of it all, again and again and again. And she has an instinct about what parts of a story – or which people – are hiding something that she desperately wants to uncover – and just how to uncover it, no matter what it takes. Or who.

So that’s what she does. But the greatest secret of all, the one that really makes her career, turns out to be not what she expected. And it contains a truth that she can never reveal. After everything we’ve learned about Maddie, it feels like it serves her right.