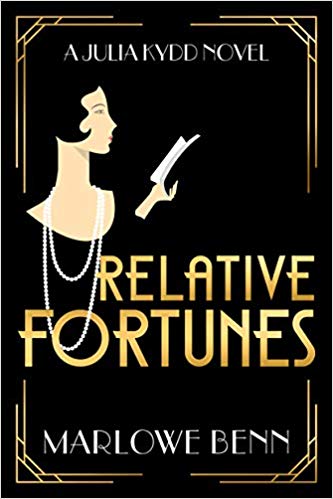 In 1920s New York, the price of a woman’s independence can be exorbitant—even fatal.

In 1924 Manhattan, women’s suffrage is old news. For sophisticated booklover Julia Kydd, life’s too short for politics. With her cropped hair and penchant for independent living, Julia wants only to launch her own new private press. But as a woman, Julia must fight for what’s hers—including the inheritance her estranged half brother, Philip, has challenged, putting her aspirations in jeopardy.

When her friend’s sister, Naomi Rankin, dies suddenly of an apparent suicide, Julia is shocked at the wealthy family’s indifference toward the ardent suffragist’s death. Naomi chose poverty and hardship over a submissive marriage and a husband’s control of her money. Now, her death suggests the struggle was more than she could bear.

Julia, however, is skeptical. Doubtful of her suspicions, Philip proposes a glib wager: if Julia can prove Naomi was in fact murdered, he’ll drop his claims to her wealth. Julia soon discovers Naomi’s life was as turbulent and enigmatic as her death. And as she gets closer to the truth, Julia sees there’s much more at stake than her inheritance…

The title of this one is certainly a play on the words “relative” and “fortunes” and just how they relate to each other – with a heaping helping of the corruption of the old saying about where there’s a will, there’s a way – not that that doesn’t also apply.

But in the case of this story, the version of that cliche that I’m thinking of is the one that goes, “where there’s a will, there’s a relative” or even a bunch of relatives, all with their hands out for a piece of the estate – no matter how small.

And if you are reading this while female, the number of times that the males in this story control their female siblings’ money and their very lives, supposedly for their own good, will make you grit your teeth and want to scream.

Which doesn’t change the fact that there’s a dead body, an absolutely disgusting coverup, and a desperate need for Julia Kydd to solve the mystery – so she can protect her friend, so that she can wrest some of her own money from her half-brother’s oh-so-protective hands, and so that she can stake out her own claim on independence.

If she can just get past all the men trying to pat her on the head, tell her not to worry her pretty little self and just marry someone already so that she can become some other man’s burden. When all she really wants to do is determine her own life for her own self.

And who can blame her?

Escape Rating B-: This is a story with a lot to unpack in it. Some of which drove me absolutely bonkers.

This is also the first book in a series, and has to carry the weight of the set up of the series, the characters, and all of the worldbuilding to put it properly within its frame – the Roaring 20s in New York City – and mostly among the glitterati.

In the end, although the murder actually takes place before the story opens, the race to solve it doesn’t really kick into gear until ¾ of the way through the book. Discovering that solution is a race to the finish, but the setup is a very slow burn – and I certainly burned right along with Julia.

Julia’s reasons for being in New York, as well as the reason for Naomi Rankin’s death, are very much wrapped up in all of the ways that men can and often do subjugate women, and all the ways that the system of the patriarchy is set up to not merely allow them to do it, but actively encourages them to do so. For the women’s own good, of course.

And that particular theme is a drumbeat over that first ¾ of the book. That things really were that way isn’t up for debate. They were, it was awful, and things aren’t as much better now as we like to think they are. But I got tired of being beaten about the head with those facts over and over and over. As, no doubt, the women subject to them did.

There would have been plenty of other ways to make those same points while still getting on with the mystery, which was itself completely wrapped up in women’s rights and women’s issues. The situation was bad, and the death of Naomi Rankin and the reasons for it offered plenty of opportunities for highlighting just how bad it was without hitting the reader over the head with it at every turn in that long setup. 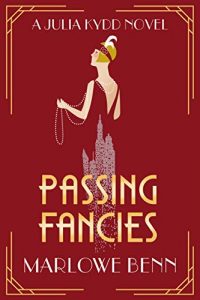 Particularly as there was so much setup and exposition that the identity of the murderer and at least some of their motives (although not all) became obviously fairly early on.

Your mileage may vary, particularly as the historical detail is excellent. As a reader, I would have been happier with a bit less setup and a bit more mystery. But what I did get was interesting enough that I’ll be back for the next book in the series, Passing Fancies.

I’m giving away a copy of Relative Fortunes to one US/CAN commenter on this tour. And I’ll be extremely interested to discover what that reader thinks of the story!