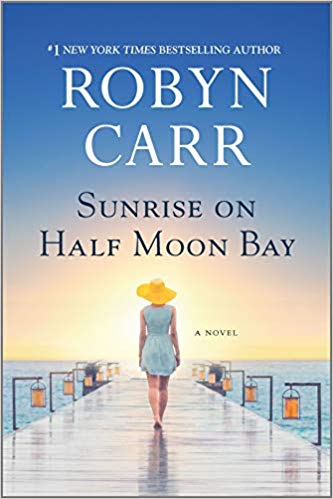 Adele and Justine have never been close. Born twenty years apart, Justine was already an adult when Addie was born. The sisters love each other, but they don’t really know each other.

When Addie dropped out of university to care for their ailing parents, Justine, a successful lawyer, covered the expenses. It was the best arrangement at the time, but now that their parents are gone, the future has changed dramatically for both women.

Addie had great plans for her life but has been worn down by the pressures of being a caregiver and doesn’t know how to live for herself. And Justine’s success has come at a price. Her marriage is falling apart despite her best efforts.

Neither woman knows how to start life over, but both realize they can and must support each other the way only sisters can. Together they find the strength to accept their failures and overcome their challenges. Happiness is within reach, if only they have the courage to fight for it.

Set in the stunning coastal town of Half Moon Bay, California, Robyn Carr’s new novel examines the joys of sisterhood and the importance of embracing change.

Sunrise on Half Moon Bay is an absolute heartbreaker of a story that leads its heroines through some very dark places. But when they emerge on the other side, they are all made stronger by the journey. And they beautifully earn their peace, their joy, and their happy ever afters.

Even if – or perhaps especially because those HEAs are not dependent on the men in their lives. But rather on their love for each other as sisters, daughters, aunt and nieces. The women of the Descaro family have learned to help each other stand tall and strong. And it’s marvelous.

The story is focused on the Descaro sisters, successful Justine in her early 50s, and rudderless Adele, their parents’ surprise baby, in her early 30s. But as the story begins, both of them are at crossroads in their lives.

Adele’s situation is the more obvious. She’s depressed, unfocused and not sure how to pick up her life and her dreams after 8 years of being her invalid parents’ caregiver. Now that her mother has died, her life is her own again. She just doesn’t know what to do with it now that she has it back.

Justine, a successful corporate attorney, is facing a decision. The company she has worked long nights and weekends for for over 20 years has just gone through a merger. Positions are being eliminated right, left and center, and she knows that hers is on the chopping block. She’s burned out and wants to do something different, but her family, her stay-at-home husband, her two high school age daughters, AND her sister are all dependent on her income. An income that is now in jeopardy.

But so is her marriage. When Addie witnesses her brother-in-law passionately kissing a woman other than his wife at the local pizza parlor, she feels compelled to tell her sister what she saw.

And that’s where everyone’s life goes more than a little pear-shaped, as the perfect life that Justine thought she had goes up in flames. Leaving her with a choice. She can continue putting her time and energy into a relationship based on lies, and into a job that has long since lost its appeal. Or she can choose another path. She can divorce the cheating husband and find work that fills her soul.

While Addie, shocked into motion at the shattering of her sister’s life, begins to take charge of her own.

Together they find a way forwards into the future. And finally into becoming the friends, the sisters, the family that they never really were.

Escape Rating A: I didn’t expect to love this as much as I did. But I really, really did. I found it to be a completely compelling read, and I basically lost a day between its pages, pulled along in this story of growth and change and sisterhood.

I loved Justine’s side of the story. I found her easy to identify with and enjoyed the time spent in her head, even when there was so much in her headspace that was hard and painful. She thought her life was perfect. She believed her marriage was good. She counted on her husband as her partner in life and in raising their girls. The arrangement where she worked and he took care of their daughters was one that they had agreed to, and that appeared to be working for both of them. Until she learned that it wasn’t.

I adored her decisiveness in the face of her discovery. She didn’t waffle or dilly-dally. She was fortunate to have a successful career, and she picked up the pieces and started moving on. There were painful days when the pieces seemed to scatter all over again, but she kept moving forward and eventually got through.

Of the sisters, Addie was the dilly-dallier, but her journey was a portrait of a different kind of learning and growing. She started by just putting one foot in front of the other, but learned to find a new purpose as well as let go of old baggage. It was only in her search for love that she kept holding herself back.

I liked the way that the two sisters grew up, grew together and grew towards each other. And that they did their level best to provide examples of strong women who learned to stand their ground to Justine’s two daughters.

I also liked the fact that while romantic relationships do eventually become part of their lives, those romances are not the reward. Finding a new man is never the be-all and end-all of either woman’s journey, and that’s a great example for the teenagers.

Instead, they both get their own stuff together first and then reach out for someone who not merely loves but genuinely respects them and their strength.

A great story with the best kind of happy ending!

I’m giving away a copy of Sunrise on Half Moon Bay to one lucky US commenter on this tour!

14 thoughts on “Review: Sunrise on Half Moon Bay by Robyn Carr + Giveaway”