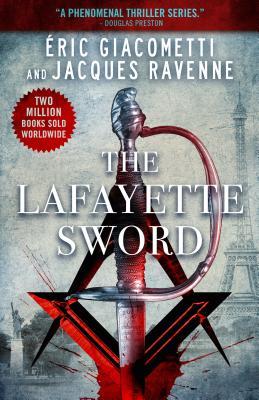 Gold. Obsession. Secrets. Following the murder of a Freemason brother, Antoine Marcas uncovers unsettling truths about gold and its power to fascinate and corrupt. A priceless sword is stolen and deaths ensue setting the Freemason detective on a case of Masons turned bad. A clue points to mysteries and conspiracy about elusive pure gold, launching a frantic, deadly race between two symbolic places the Statue of Liberty and the Eiffel Tower. A captivating plot weaves alchemy and the Middle Ages into a modern-day thriller. Part of an international, best-selling series that has sold 2 million copies worldwide, with vivid characters, an evocative international setting, and history darker than midnight. For readers who love ancient myths, secret societies, chilling narrative and modern speed." 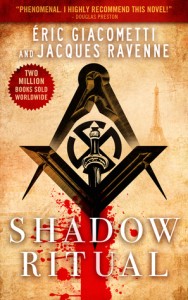 Just like the first book in this series, Shadow Ritual, The Lafayette Sword reads very much like a thinking person’s DaVinci Code. Only better, because the story in the end is much more firmly grounded in reality and makes much more sense, while still taking the reader on a thrill-a-minute ride.

In this book, we actually begin with three stories. In the 21st century, our hero, Paris Police Detective Antoine Marcas attends a regular meeting of his Freemason Lodge, only to discover not one, but two dead bodies inside the sanctuary. One is an initiate, and one is an old and dear friend. His chase of the killer nearly ends in his own death, but the killer, spares his life at the last moment for reasons unknown to Marcas. He’s heard his assailant’s voice, but the face was masked.

Also in the 21st century, we read the emails of a mysterious cartel code-named Aurora. Aurora’s purpose is to manipulate the price of gold, for the benefit of its members, of course. Aurora buys up the gold uncovered in Shadow Ritual, but it isn’t necessary to have read that book to enjoy Sword.

But if you love thrillers, these are marvelous.

There is also a plot thread in the 14th century. We follow Nicolas Flamel as he is forced to record the confession under extreme torture of a young woman. She accompanied Isaac Benserade to Paris, and her late master was burned to death by the Crown for plotting against the king. In truth, it was all a plot to find Isaac’s book of alchemical formulas. The Crown is broke, and desperately needs a miracle. Turning base metals into gold would certainly qualify as that miracle.

For those wondering why the name Nicolas Flamel sounds familiar, Flamel was a real historical figure, but he is better known to 21st century readers as the creator of the “Philosopher’s Stone” or “Sorcerer’s Stone” that was sought by Voldemort in the first Harry Potter book.

Back to The Lafayette Sword, and, the search for it.

As the story progresses, at first the reader is left wondering why these three threads are bound together in this book. They do not seem connected. All very interesting, but not necessarily converging.

But as Antoine chases the killer, and the secret that the man is searching for, these disparate trails come together. And when they do, the action, and the danger, heat up to boiling point. Or to the temperature of gold fever.

Escape Rating A-/B+: For the first half of the book, the reader is wondering how and why the various disparate plot threads are finally going to come together. At the halfway point, they start to braid together in a way that will keep the reader turning pages furiously until the end.

For those who enjoy complex riddle stories like The DaVinci Code and National Treasure, there is plenty of meat to chew on. The quest for the killer and what is driving him delve deeply into Masonic history, and also into the history of both the American and the French Revolutions.

But like so many good thrillers, we also get a fight to the death both at the base of the Statue of Liberty and among the metal lattice of the Eiffel Tower. Both tourist destinations are linked by a surprising secret.

In the end, however, the mystery comes down to very human motives, and very human reason. Or unreason. One man has gone off the rails, pursuing a secret that for once, really does exist – but can’t be revealed.

We see the chase through the eyes of Antoine Marcas. He is both Freemason and cop, and in this case must parse his divided loyalties in order to reach justice without revealing secrets he is sworn to keep. And we see his internal conflict, not just about the almost opposing calls on his loyalty, but also his doubts and fears. And his abiding concern that his devotion to his duty has taken him away from his son. Marcas is both a dogged investigator, and a deeply troubled man.

And that makes him fascinating to watch. I am looking forward to hopefully next year, or whenever the next of his adventures will be translated into English. 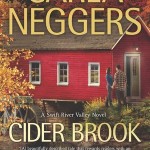